If you’re not someone who is living under the rock, you would know the famous actor, Allu Arjun. Allu Arjun is a popular Indian actor who works in the South Indian cinema or Telugu cinema.

Once you start developing your knowledge on Tollywood or Telugu movies, you’ll know that Allu Arjun movies are best known for his romance and action. In fact, he is one of the best make actors who debuted in his career in Telugu films and gave the industry some of the best movies. 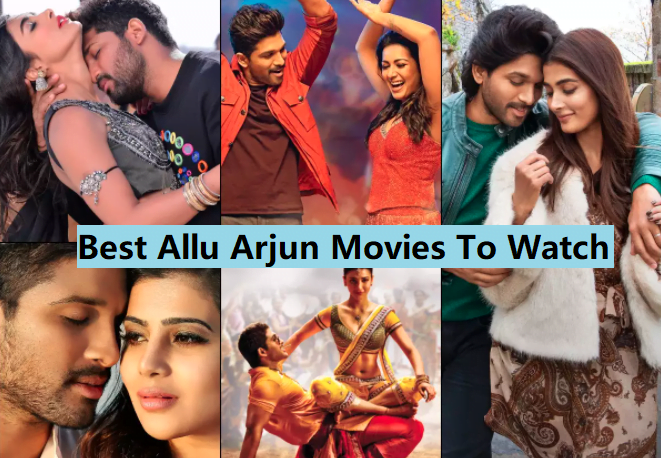 From films like Race Gurram, Arya2, Duvvasa Jagannadham, he has been recognized as one of the top actors of Tollywood. His first movie was Vijetha where he worked as a child artist. Allu Arjun celebrates his birthday on the 8th of April and he is 38 years of age. Let’s take a quick look at some of the best movies of this actor.

Pushpa: The Rise is a 2021 Indian Telugu language action drama movie written and directed by Sukumar. Produced by Mythri Movie Makers in association with Muttamsetty Media. 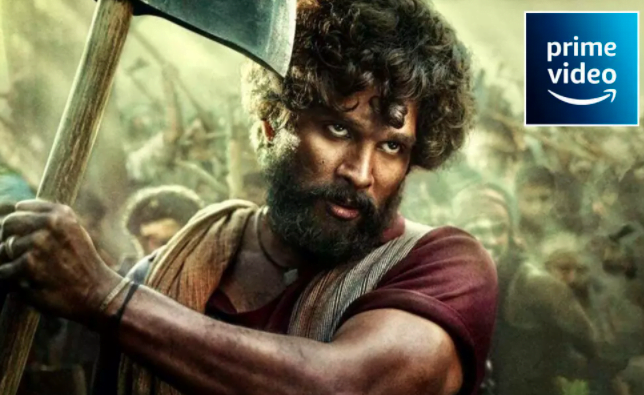 If you still haven’t watched this movie, mark it in your wishlist because this was the movie that made Allu Arjun a popular actor over the globe. The story is about two childhood friends, Ajay and Arya who went separate ways after falling in love with the same girl. Sukumar was the director of this movie.

This is a highly critically acclaimed movie that is certainly a must-watch. Vedam is a greatly made thriller that will constantly keep you on the edge of your seat. It is a movie about five different people who cross the paths of each other when they become prey to a terrorist attack in a hospital. He got many awards for this movie.

Trivikram directed this movie and here, Ravi is a jolly guy who is not a believer of hard work but he helps the police in a witty way to catch hold of a big-time robber. As the robber promises to destroy Ravi’s life, there begins the cat and the mouse story!

Did you see the Kill Bill Pandey video clips of this movie? Well, this is certainly a light hearted comedy with the right level of action between the two brothers who are poles apart. This movie also brought Allu Arjun to fame as his performance was appreciated by the audience and the critics.

Parugu was a movie from 2008 and it was written and directed both by Bhaskar. Allu Arjun, Prakash Raj and Sheele played the lead roles and Jayasudha and Poonam Bajwa made few of the best cameo appearances.

Varudu is a movie from 2010 and it is a Telugu action film that was directed by Gunasekhar. The film had Allu Arjun, Arya, Ashish Vidyarthi and Suhasini Mani Ratnam. It performed extremely well at the Box Office! The Hindi dubbed version was ‘Ek Aur Rakshak’.

Desamuduru was a film from 2007 and it is also a Telugu action film that was directed by Puri Jagannadh. The lead pair of this film was Allu Arjun and Hansika Motwani. This movie is one of the smashing hits of Allu Arjun’s career. The dubbed version of this movie was ‘Ek Jwalamukhi’.

Badrinath is a Telugu action film that was directed by V.V Vinayak. This film stars Allu Arjun in the leading role along with Tamannaah Bhatia and Prakash Raj. The film was a huge success and it was dubbed in Hindi as ‘Sangharsh Aur Vijay’.

Bunny was a movie that came out in 2005 and this is an Indian Telugu-language action masala film. This is Allu Arjun’s third movie that proved to be his third box office hit post Gangotri and Arya.

Arya’s first part came out in 2004 and this is also a Telugu action-romantic comedy film. The film was directed by the debut director Sukumar and it had Allu Arjun in the main lead. This movie was declared as a blockbuster and it was dubbed in Hindi as ‘Arya Ki Prem Pratigya’.

One of his recent releases were Ala Vaikuntapuramlo and this is said to be a family entertainer. Two babies get swapped during birth at the hospital intentionally and this gives them an entirely contrasting life.

I Am That Change

This is a short film that leaves you thinking about the country and about our contribution towards our country. This movie came out in 2014 and it was directed by Sukumar and starred Tanishq Reddy and Allu Arjun.

This is the story of a mentally retarded man whose life is recapped to his grand-daughter. Here Allu Arjun was a child artist and the other stars of this movie were Kamal Haasan, Radhika Sarathkumar and Sarath Babu.

Happy is a Telugu romantic drama film that was released in 2006 and this film was directed by A. Karunakaran. The film stars Allu Arjun, Manoj Bajpayee and Genelia D’Souza in the lead roles.

Vijetha was a movie that came out long ago in the year 1985 and the director of this movie was Kodanda Rami Reddy A. It starred Bhanupriya, Chiranjeevi, J.V Somayajulu and Sharada.

This movie came out in 2018 and it is a story of a short tempered soldier who aspires to serve at the borders. The director of this movie was Vakkantham Vamsi and Allu Arjun was highly acclaimed in this movie.

Daddy was a movie that came out in 2001 and it is a story of Raj’s daughter who has a heart ailment. He started a chit fund business but is imprisoned. Suresh Krishna and Saikrishna M were the directors of this movie.

Boyapati Srinu was the director of this movie and it deals with an intense battle that starts between an evil son of a politician and an ex army man who can’t tolerate injustice.

Gunasekhar was the director of this movie that was released in 2015 and the actors involved in this movie are Allu Arjun, Anushka Shetty, Vikramjeet Virk and Rana Daggubati.