Home » Mobiles » Best Cheap Android Phones to Check Out In 2017

Looking for a budget smartphone in India offers you a wide array of choices. There are many Android phones that are cheap and that will never break your bank account. At the same time, the devices include a number of features found in their more expensive flagship counterparts. 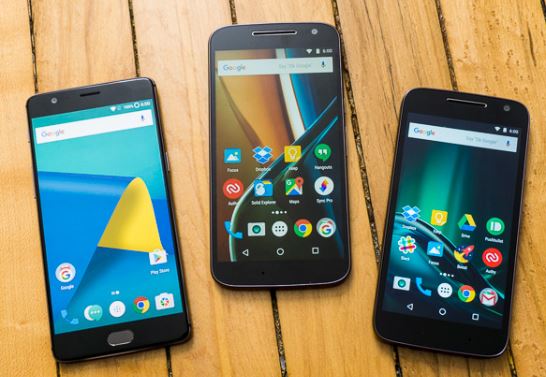 It is important to not only compare the mobiles price in India but the overall features and build of these phones when shopping. Here are the best cheap Android phones to check out for February 2017.

One of the best and cheapest Android phones for customers in India is the LeEco Le2 X526. It is available in rose gold and sports a 5.5 inch touchscreen with a pixel resolution of 1920 by 1080.

It runs Android’s 6.0 Marshmallow operating system, includes dual SIM capability, 3000 mAh battery, 64GB of internal storage and 3GB of RAM. It retails for only 14,399 rupees, which is an incredible price for a phone with a premium aluminum build such as this one.

The Lenovo Vibe K5 Note also has a 5.5 inch screen, perfect for customers who prefer a phablet. It runs Android 5.1.1 Marshmallow but can be upgraded to 6.0 Lollipop.

Screen resolution is 1920 by 1080 and the phone takes dual SIM cards so you can use one for work and one for personal. The smartphone has a 13 megapixel main camera and an 8 megapixel front-facing camera as well as a 3500 mAh battery. Compare prices to this phone, which is only 13,499 rupees.

You probably cannot find a cheaper Android phone that is packed with features than the Moto E3 Power. It is available for only 7,999 rupees and comes in black with 16GB of internal storage and 2GB of RAM. It has a five inch HD display and 8 megapixel main rear-facing camera.

You can also expand the memory up to 32GB with a microSD card. The Moto E3 Power takes dual SIM cards and is powered by Android’s 6.0 Marshmallow operating system. It is available in color options of black or white.

The Xiaomi Mi Max is one of the best budget Android smartphones and is also the one with the largest screen. The display is 6.44 inches, great for individuals who want a large screen for reading a lot of content on their phone.

The Mi Max runs on the Android 6.0 Lollipop operating system but is planned to be upgraded to 7.0 Nougat. The phone is available with either 128GB of storage and 4GB of RAM or 256GB with 6GB of RAM. The phablet has a quality build made from aluminum and is priced at 14,999 rupees.

The Panasonic Eluga Turbo is a great Android phone that is only 8,999 rupees. It runs Androids 5.1 Lollipop and has a five inch screen with resolution of 1280 by 720 pix

els. The phone has 32GB of internal storage and 3GB of RAM, with expansion of 32GB via microSD card. The Eluga Turbo has a 13 megapixel main camera and a 5 megapixel secondary camera.

These are some of the best cheap Android smartphones for customers in India for February 2017. When you compare mobile prices and features of each phone, you can find the best one for your needs. :)