Send a prank phone call to your friends and family anonymously at the push of a button. There are some hilarious and funny prank calling apps available that will provide you and your friends with hours of enjoyment! 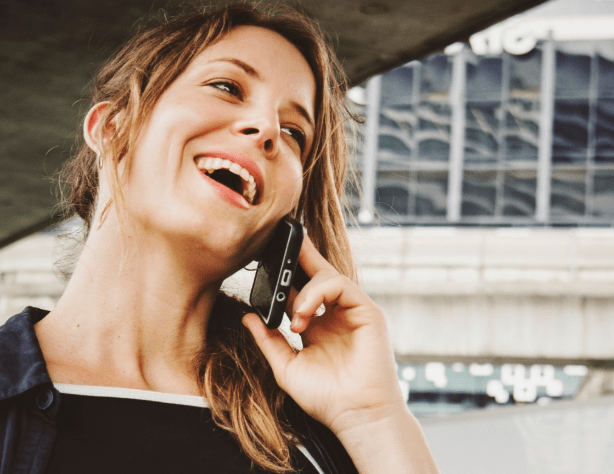 If you’re in dire need to get payback, then a prank call is a fantastic option. However, if you’re like me and can’t hold in your laughter during prank calls or have a voice that’s too distinct, then Best Voice Changer provides a convenient solution.

Although it is a daring move to emphasize your app the best at what it does, it places that promise within its own title. This app is easy to use with a variety of unique features.

Best Voice Changer enables you to make a voice recording or import an audio file. Once set, you will have several voice options which can be applied to the record, transforming the way that you sound and easily tricking your pals.

With a whopping 19 voices alterations available, nobody is safe from your prank calling madness. Some voice options include Diving, Helium, Kid, The Smurfs, Chorus, Alien, Bathroom and Bee.

Although the prank dial app is free of charge, it does have the minor inconvenience of the occasional add. However, this does not detract from the overall product as its features are second to none among voice changers.

If you frankly suck at prank calls and have a hard time making your own, then the Ownage Pranks app should be among your very first prank calling apps.

The Ownage Pranks app simplifies this dilemma by providing prank recordings that are prescripted; all you will have to do is select the individual you wish to prank and make the call.

This app provides over 100+ prerecordings offering every prank scenario under the sun; during phone calls, feel free to sit back and listen in to your friend’s funny reactions.

Feel like prank calling a girl you’ve recently asked out? Check out the ‘Stay Away from my Man!’ prank script which will accuse your victim of hitting on her man.

Other prerecording examples are ‘You Made My Sister Cry’, and ‘Cousin Locked Outside’, to save time you can also navigate through their different prank script sections, i.e. ‘Food & Restaurants’, ‘Family’  etc.

Although all prank calls are automated, you’d be surprised at how smooth conversations play out.

The app’s prerecording can consistently trick recipients into thinking its a real person; this is due to each script being able to recognize keywords and even detect silence.

The Ownage Pranks app is most certainly among the very best in its field of prescripted apps today. With its superb voice acting and brilliantly written prank scenarios, it’s hard not to love this app.

Another needed addition to any prank callers collection is a reliable fake incoming call app. Due to the effectiveness and convenience that these apps provide, its no wonder downloads have increased substantially in recent times.

Shake Fake Call Escape will help you escape from some dull and tight situations in the majority of scenarios.

If time seems to remain stagnant in a boring meeting or awkward social occasion, you can efficiently make a fake incoming call.

Once you’re on the phone, you can give the impression to others that you’re needed elsewhere with a valid reason.

This app also lets you send text messages if you’re unable to receive a call.

Users can organize a fake call or message by selecting their individual screen’s, once chosen, proceed to give your phone a shake and let the app do its magic. How strong you shake the phone can also be adjusted to your suit preference.

To avoid suspicion from outsiders potentially recognizing the phone app, it discreetly names itself (FCR). Changing its name is particularly useful for deceiving people who live or work with you, like a partner or work colleague.

The app’s only drawback is that you cannot choose the incoming callers name and number, instead, showing as an unknown number on your dialling screen.

Choosing a number is preferable if you want to trick a friend into thinking a specific person is calling you, i.e. the office or a family member.

Although Shake Fake Escape’s level of customization isn’t the highest, its strength is that its extremely efficient at what it does. If you want an app that is easy to use and does its purpose, then it’s certainly worth downloading.