With the hundreds of VPNs that saturate the market and where almost everyone claims to be the best VPN company for Mac, which one should you opt for in order to get the best experience? VPNs are gradually becoming imperative for Mac-OS users who keep giving utmost value to their online freedom and privacy. 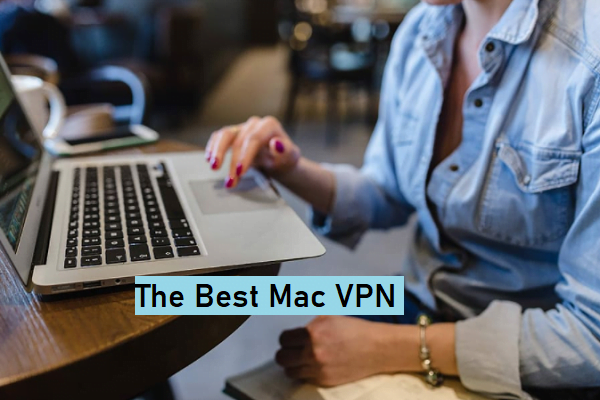 For the Mac OS users who want to get easy access to geo-blocked content, VPNs are a must. Macs are less vulnerable to malware as compared to PCs but when it comes to online threats, they’re equally at risk.

Once you seek help of Virtual Private Network or VPN, you can allow the VPN connection to encrypt all the internet traffic of a device and route it via an intermediary server in a location of your choice. Here are the features and strengths of the top 10 best VPNs For Mac.

The first on our list is Nord VPN as it is the best choice for almost everything online due to its user-friendly nature, affordability and 100% security. It can eliminate the toughest and most stringent geo-restrictions. It provides its services for 2 MacOS clients.

Both the apps have a very straightforward set-up process that includes a handful of steps. For enhanced performance, the IKEv2 is recommended. The OpenVPN client also worked its best without any noteworthy drop in speed. It users military-grade encryption for both the MacOS clients and seals your data.

The second on the list has to be the ExpressVPN as it has proved its sturdy performance in several tests. This is a super-fast, flexible, versatile and secured VPN provider. It is perfectly compatible with MacOS from Yosemite 10.10 to Catalina 10.15.

Express VPN users 256-bit AES encryption and open VPN protocol in all its mac apps. It has a Network lock features that works similarly to automatic kill switch. This feature not only works seamlessly but also reconnects automatically.

Surfshark happens to be a personal favorite among most users because of the fact that it has additional features that combats against stringent geoblocks and lets you avoid detection.

This is a unique software as it offers unlimited simultaneous connections for the users to use on as many devices alongside Mac. It has the highest security standard, the AES 256-bit encryption. You will also get an automated kill switch and private DNS on each server. This means that Surfshark will tackle all your DNS requests.

CyberGhost is high on the list of recommended VPNs for the beginners due to its user-friendliness. This VPN has added features that make it perfect for the novices and this includes a fast set-up process and optimized streaming servers for definite platforms.

This Mac client uses the IKEv2 protocol but you are also allowed to configure the OpenVPN manually. It offers tough and sturdy 256-bit AES encryption and also has an automatic kill switch that is vital to keep you hidden on your Mac device.

Private Internet Access is a smaller company that offers tight measures for security and the capability to get access through the toughest geoblocks. Users prefer this VPN provider as it is reliable for a wide variety of online activities and hence it is also best for Mac.

PIA utilizes 256-bit AES encryption and this shields your traffic and data. It also offers an array of security protocols in the MacOS app. The connections of PIA are reliable and steady through a network of more than 3200 servers.

IPVanish is a veteran provider that runs through more than 850 servers in more than 60 nations. The speed of the connection is fast enough and they are reliable too. It offers a 256-bit AES encryption and perfect secrecy.

Traffic obfuscation, an automatic kill switch, protection of DNS leak and IPv6 leak protection can be handled within the settings. This VPN stores no logs of user activities.

We prefer VyprVPN for its reliability and speed though it has a smaller server network. It continuously keeps eliminating geoblocks whenever you test it. Its own security protocol is engineered for better performance.

The Chameleon technology of Vypr VPN is available in the MacOS app and it is a highly secured and fast protocol that uses 256-bit AES encryption with scrambling technology.

The SaferVPN is recommended by the experts because it is not only affordable but also user-friendly. It can be depended upon for unblocking the famous streaming sites this includes the toughest blocks like BBC, Netflix and iPlayer.

SaferVPN comes with AES-256 bit encryption and several security protocols including PPTP, IKEv2, L2TP and Open VPN. It comes with automatic WiFi protection and connects you to the best server automatically.

PrivateVPN happens to be a favorite among the users although it has a comparatively smaller network. The connections are reliable, fast and secure with bulletproof encryption. For macOS, it offers stronger security with 256-bit encryption, DNS lead protection and OpenVPN support.

It doesn’t provide you with an automatic kill switch for Mac and this is something disappointing about this VPN provider. It could leave you at the risk of exposing your internet traffic. With its Stealth Mode, it can bypass even the toughest VPN blocks. It serves more than 150 available servers all over the globe.

ZenMate is a trustworthy and reputable VPN that has military-grade encryption and also a modest server network. Users like this VPN because it permits P2P sharing on majority of its servers. It offers advanced security that includes highest version of AES encryption and also has an automatic kill switch for macOS.

ZenMate offers no-logs policy to ensure 100% privacy. You may choose from a modest network of more than 3800 servers in 75 countries. It can unblock your favorite sites like Hulu, Netflix, BBC and iPlayer.

A VPN protects you and wraps your traffic through an encrypted tunnel as and when it leaves your Mac. Choose any one from the above mentioned list of the 10 best VPN providers in the market.