Home » Computing » How to Fix ‘BOOTMGR’ Is Missing Errors?

Often, when you start your desktop or personal computer, you come across several surprises. One of the unwanted surprises is the ‘BOOTMGR’ missing error on the black command screen. If you are facing the same issue, this is the right place to understand ‘why’ and ‘how’ to fix the same.

“BOOTMGR Is Missing” – How to Fix? 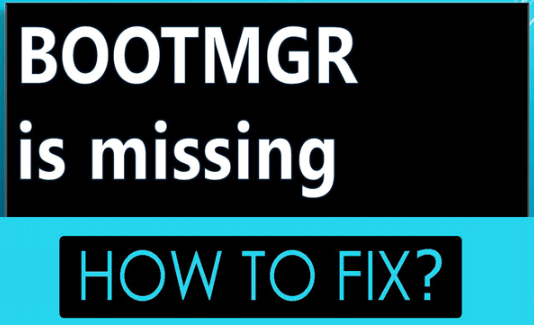 There can be several bugs in windows update or several other reasons for most failures. A ‘BOOTMGR’ error or similar errors that prevent starting up your computer can be very dangerous.

You might end up losing all your data and also cause some hardware damage to the machine if you do not handle the issue with utmost care and certainty. So, it is important not to experiment a lot when you come across the issue.

Instead, focus on determining the potential actions that could have led to the issue and determine the appropriate solution based on the potential issue.

What could be the reasons for the BOOTMGR is missing error?

The basic phenomena that occur behind the screen, which we might not be exposed to! It is the system check-up that happens prior to the ‘Windows’ logo appearing. 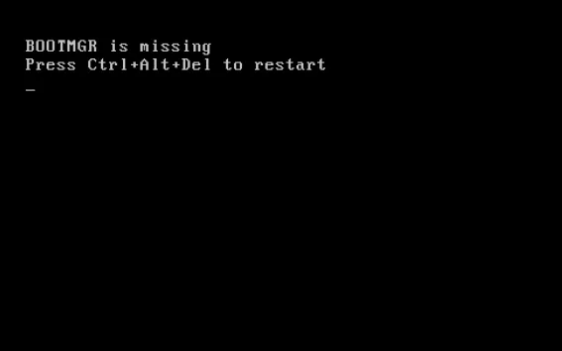 Similar to how a pilot evaluates the status of all the equipment, wings, engines, etc., before taking off, the computer automatically tests all the drivers, hardware and software components before loading the Windows OS.

When there is some issue with any of the components during the bootup period, the black screen with error messages pops up. This usually happens really quickly. Not many of us would even believe that the computer actually runs a test before you could access it!

In technical terms, this test is referred to as the Power on Self Test, commonly abbreviated as ‘POST’. The test is performed by the BIOS, which refers to Basic Input Output System. It includes a test of RAM, mouse, keyboards, monitor, hardware components, and other peripheral yet integral devices, connected or housed inside the personal computer.

What could be the root cause?

BOOTMGR is missing error could be triggered due to several reasons. The reasons could be as listed below.

What are the solutions?

The solution to this problem may have to be customized. As a single solution does not work or does not yield the same results on all computers. However, there are some fixes, which can be used to fix the problem in the need hour. You can do this without harming your data or other system parts.

We suggest the following steps first before applying any other risky methods. This could prevent potential damage to your data and other components of your computer.

This idea is applicable only if you had received a Windows copy in a USB stick or a CD/DVD ROM while you purchased your PC or operating software. If yes, just load the CD/DVD or the USB stick. Now reinstall the Windows version to see if it fixes the ‘BOOTMGR’ error.

The setup automatically should allow you to safeguard and backup data. Since it is an official source for software installs, there is the rare possibility of any harm to your personal computer by this method.

If the software install by itself does not work, there are additional command prompts. There are various other ways of correcting the issue. These commands or steps can, however, be risky and must be used as a last resort.

The second idea is a reactive solution to one of the causes of the problem. As discussed earlier, if the system tries to boot through an external drive, which is not bootable, this error might appear. So, this idea involves the removal of all external drives like any CD/DVD, external hard drives, pen drives, etc.

This makes room for smoother boot from the internal hard disk. In case this issue fixes your problem, it is essential to update or modify the boot order in the BIOS. This ensures the ugly black screen command errors do not surprise you again.

There are many third party software available online, which offer a guaranteed solution specifically to the ‘BOOTMGR is missing error’. These software need to downloaded from a different PC or laptop into an external drive, which might be a CD/DVD or a pen drive or a flash drive or a hard disk.

This software help in creating an artificial bootable setup that not only allows you to boot the system but also performs additional functions that can help automatically repair your PC.

These software helps you backup data and can be a good replacement to the original Windows software if you did not have an installation CD/DVD or USB stick. Two of the top third party software which could be tried can be Easy Recovery and MiniTool PE Loader.

The above steps should help you address the error without harming your computer. Your data is important, no matter how often you use your PC. Improper execution can lead to BIOS damage and other potential disasters. Hence, it is best advised not to over try beyond the above steps and look for professional assistance, if unsuccessful.