Home » Gadgets » 5 Things You Must Check Before Buying the Ultrabook

Ultrabooks are simply pruned version of the line of portable laptops that really don’t negotiate on the performance but, on the dimensions surely does. It is very important to diligently acknowledge your requirement and make a smart buy with your hard earned money. No doubt, there are herd of people that are buying various categories of mimic laptops and other devices but, rather than going behind the herd, one should analyze their own situation and then spend their money on any device. 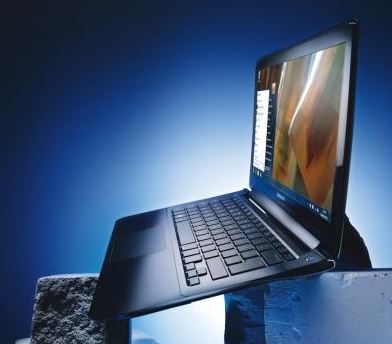 An ultrabook is most likely to be compared with the Apple’s Mac Book Air that is much lighter and thinner than the traditional laptops. Making a decision to invest on it or not is a bit grumbling query that can be ridden off with the few points listed below can make you out of the baffling situation.

Discrete sales in the market:

The Intel’s product is not gladly welcomed in the market by the people as that of the Mac Book Air, which is of same features and size. The numbers are not really good for the ultrabook, which the company really didn’t hope for. The growth sale of the device is not as expected because of its shortcomings and critics reviews for the product.

The micro and mini ports of the device are not so compatible to run the HDMI and VGA media on your device. Most of the ultrabooks does not support the SDXC features that enables the users to directly import their data to the system but, requires adapters and card readers to save your desired data. This makes people really annoying to carry all the accessories along wherever they go.

The device surely comes in a better style and size than the other devices. The small battery and the shrinking size of the mini laptop make it the demanding among the youth. The single board production comprises of processed and integrated components linked together provides a sealed unit. But, the mature market does not buy any product just for its style element.

Intel being the supreme manufacturer of core processor cannot give a dilated processor but, the heating element disappoints somewhat as the device gets smaller. The enhanced visuals can be realized simply in the system but, surely we cannot expect the turbo processors that come in the core versions of i5 and i7 only. The space has been cut down for the batteries as it has been given a style by cutting g the edges, which is thus reducing the battery size and its capacity even. The battery levels are even lower than the notebooks as the standard size batteries cannot fit inside. Since, every part requires their specified space, giving big capacities to each component is not an easy thing. Since, the mini packs are sealed in, you cannot connect an extra battery with it and not even think of availing a new one.

Ultrabooks are not so bad for social media people, road warriors and people who travel daily but require the device for some basic needs. Its handy compatibility and portability does not disappoint to a point to its users. The sleek device but surely does not lets you compromise on the processing system and thus, the performance of the device even under adverse conditions. I hope that you enjoyed the tips of before buying the Ultrabook for you. If you have any query you can ask me via comment and Don’t forget to share. 🙂