“WhatsApp me” has become the new text me. The ease of use and popularity of WhatsApp has made the platform a most coveted platform for exchange of information. From private chats, WhatsApp groups, the platform home to lovely stickers, emoticons, exchange of media, video or voice chat, etc. 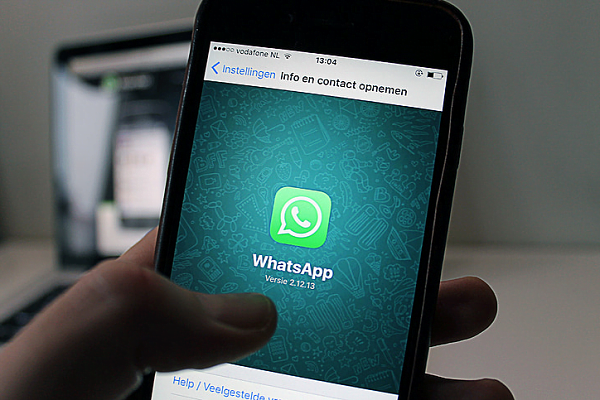 Now, even for professional purposes, WhatApp is being used extensively. People are having crazy WhatsApp addiction and if you too are wondering about your loved ones texting on WhatsApp 24/7 and looking for WhatsApp hacking tools, this is the right place.

Apart from a great mode of communication, WhatsApp has also become one of the major sources of misinformation. It also leads to a lot of derailment for all sorts of ages. This is why it becomes imperative to ensure that your loved ones are safe by keeping a tab on their WhatsApp conversations?

ClickFree is a web based application that allows the registered users to see someone’s WhatsApp texts without them knowing. It is an efficient hacking tool for WhatsApp. With the help of this super app, you can access someone’s WhatsApp remotely. 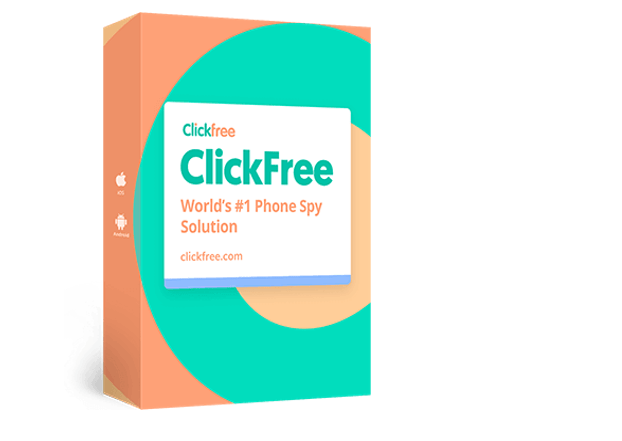 You must know that there are many spy apps that claim to render spy services for WhatsApp. Majority of such claiming apps are malware laden and home to phishing tools. They waste your time with so-called free demos and human verifications.

If this was not enough, they also have pings about feedback and surveys. Looking for a perfect WhatsApp spy application can be a very frustrating task. Therefore, hold your horses and zero down on ClickFree, here’s why:

ClickFree is a completely reliable platform for spying on someone’s WhatsApp. When engaging in spying, a user is often apprehensive about being caught. ClickFree frees you from this apprehensiveness and you can spy without worrying.

ClickFree has a bespoke stealth mode that makes the remote access safe and without alerts. No amount of your spying will ever raise a suspicion about the spying. ClickFree also does not make users engage in leaving multiple trails. It is built in a way that it only seeks essential information.

ClickFree only seeks reasonable linkages. It would never ask you to jailbreak or root through a target device until and unless there is no other way around (you will read more about it in spying on Android).

Keylogging or Keylogger is a super ClickFree feature. By virtue of this super cool feature, you do not see the WhatsApp inbox; you can view it without filters or archiving. You see the inbox as it is, with deletions, drafts, etc.

Keylogging allows users to access any key strokes made by the users. The keystrokes include vital acts of users like deleting a message, typing a message and not sending it. You can literally sense what the target person’s actual intentions were with respect to a WhatsApp message.

ClickFree can be operated through a web-based app, at the ease of your access. You do not have to download any software or allow any malfunction or phishing tool to enter your system. There are a few core steps in hacking someone’s WhatsApp through ClickFree.

The below mentioned steps would certainly ensure that you can start and finish the WhatApp spying process in 10 minutes straight.

You can begin as you register on ClickFree’s web-based app and register with your email ID.

You would then require to select a monthly plan. ClickFree offers many good monthly plans to choose from. Each plan has its own sets of offers. You can assess your requirements and buy the one that suits you best. You then will pay for it.

And you will receive a set up link for installing the app that you purchased. Once you click on the link, the rest of the set up procedure would be self explanatory. The process is very obvious in itself and does not require you read through the FAQs.

You now would need to select the ‘target platform’. Target platform is another word for the kind of device used by the user. Whether WhatsApp is being used on an Android or an iOS device? 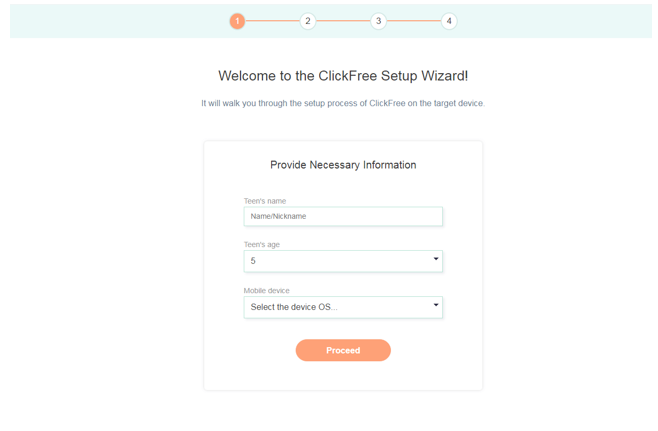 In case of iOS

If it’s an iOS device, you select ‘iOS’ as the target platform.  You need to enter the iCloud credentials. By providing just the iCloud ID and password, you would be able to link to the target phone.

In case of Android

In the case of Android, you would need to download the app on the target android device. As the app weighs only 2 Mb, it never raises a suspicion in the mind of the target phone user. You can download and hide the app immediately.

This is so because Android necessitates linkage and does not allow complete remote access. It is the case with all spy applications and ClickFree is no exception. However, ClickFree’s solution is full proof. All you need to do is just hide the app.

When the app is hidden, there is no iota of existence of any such app on the phone. It is completely latent and is never discovered. You can spy all you want on their WhatsApp messages and they will never know about the spying. 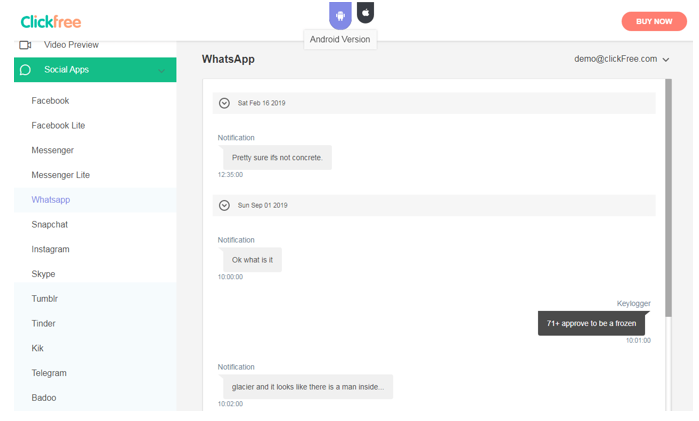 This is the kind of holistic spying opportunity that ClickFree provides. It is also extremely time efficient as in both of the cases, the registration to linkage takes no longer than 10 minutes. That is it!

If you had been looking for WhatsApp hacking tools, ClickFree is the most pertinent solution. It is not just any random spy application; it is ‘the spy application’ that you should root for. And it protects the interests of both the user and the target phone.

Only ClickFree offers the sort of wholesome spying opportunity. The user can be at ease and in conformity with their spying needs without compromising at all on security. Apps like ClickFree are the best way to ensure that your loved ones are secure from WhatsApp’s ignorant streak.