You might remember your parents were busy collecting sports cards during your childhood. Yeah, those printed cardboard cards might look like a piece of trash for some. But trust us when we are saying they cost millions now!

Collecting sports cards was an old hobby for kids and teenagers. It was a favorite pastime and leisure activity that some of your grandparents still believe was a waste of money.

However, such an old hobby has resurfaced like a phoenix rising from the ashes! After nearly 30 years, the same old-school hobby has become a million-dollar industry. And this surge is all of a sudden. 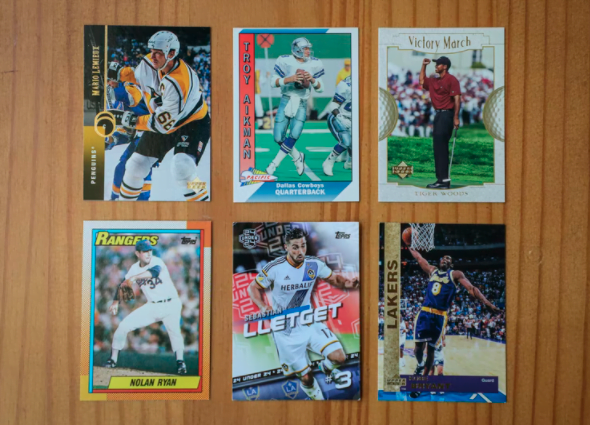 These sports cards used to come in a few bucks. Which now are being sold or purchased for more than a million dollars! Isn’t it too existing as well as confusing?

Let’s evaluate how and why is collecting sports cards is popular again? Like, why after 3 decades an old hobby has reemerged as a lost love with nostalgic feelings?

Do you know in 2021 eBay reported sports cards sale has increased 142% on their website? More than 4 million cards have been sold from their platform in 2020. 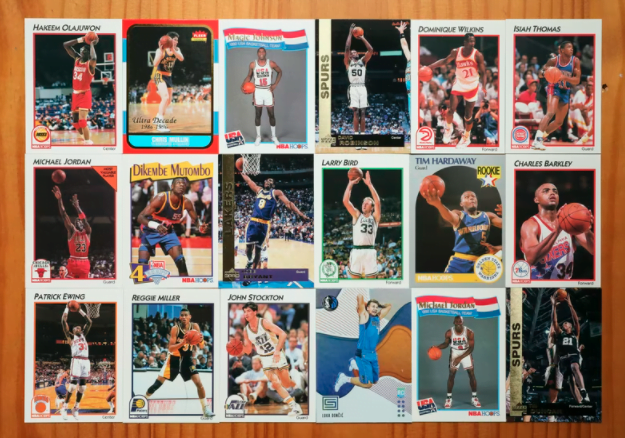 That’s exhilarating and joyful. An exceptional tug of war is going on right now on basis of nostalgic feelings. Everyone wants to get their hands on these sports cards. But this was not the scene since the start.

During the 1880s, an American tobacco company started printing sports cards. A tobacco business and sports cards printing? The logic doesn’t fit in well, right? The primary reason was to support the flimsy packaging of the cigarettes. The card used to fit properly in the packet, holding the cigarettes in their place.

The secondary reason was to support the sports industry and give some loyalty to the players on the cigarettes sales.

However, in the late 1930s, the appreciation for sports cards increased somewhat. Teenagers and kids developed some interest in it. The core reason was the incentive involved.

Bubble gums at that time were part of the style, and that’s what sports cards printing businesses tried to capitalize on. They inserted bubble gum in their pack to motivate the sales.

It was finally the 1980s that took the sports cards in the limelight it deserved. The adults who were kids or teenagers back then felt nostalgic regarding sports cards. It’s the time when the industry started growing at an average pace.

But the story today is entirely different. Whether it’s the best Nolan Ryan baseball cards or Peyton Manning football cards, people are going crazy for them.

The Rise Never Witnessed Before

Many analysts pondered over the reason why the sudden surge in sports card selling. The trading cards industry has always been mediocre, where the businesses were doing good if not great. But the sudden resurfacing of this nostalgic hobby gave the industry worth of million dollars.

It was the era of the COVID-19 pandemic that gave a boost to this hobby. Initially, it was just a push which later turned into a tornado.

During the pandemic, people were forced to quarantine to protect themselves from the spreading virus. In such time, boredom was at the top, and passing time was pain. Therefore, some people started deep cleaning of their homes, pending for ages. While others started messing around on different online forums.

It was during cleaning that some people found shoe boxes filled with sports cards. While others came across leading players’ cards on eBay. This was the point of the spark that ignited the old love back in the cold hearts.

Parents started sharing their nostalgia with the kids motivating them to know about legendary players. While the kids started searching for more on the online forum.

When the world was bored out of their minds, the big investors were also idle at home. When they saw the sudden love for sports cards, they found a golden opportunity. A chance of making money while staying at home.

It was the investors who took the opportunity and turned it into gold. They started selling, trading, and acquiring legendary sports cards. Online auctions were held to bid on different cards belonging to every sport. That’s how the trading cards industry got on fire and become a Richie Rich sector in no time.

During the pandemic time, a 2018 – 19 Panini National Treasures Basketball Rookie card resurfaced. It was Luka Doncic from Dallas Mavericks whose card was sold for more than $4.6 million. It was a one-of-a-kind card with an original autograph by Luka Doncic himself with an NBA logo.

The rookie cards held more value due to extra nostalgic connections. The Michael Jordan rookie card held an exceptional value before. And it still is valuable as it was auctioned for $738,000.

What’s more interesting is that the same card was sold for $215,000 two weeks earlier. So technically, in only two weeks, the card’s price hiked 243%. The rookie card of Tom Brady got sold for $2.25 million.

Another attractive scenario was the sale of the 1952 Topps Micky Mantle card. The sports card was sold at a whopping price of $5.2 million. Another record-breaking sale was Patrick Mahomes card auction for a price of $4.3 million.

All these awe-inspiring records prove that the current market valuation of the sports cards industry is at the top. Fans and investors are going gaga over them and looking for more rare and legendary cards. The craze doesn’t seem to stop any time soon!

Undoubtedly the love for sports cards is popular again which is taking the industry by storm. People are ready to purchase the rare cards for either themselves or for reselling purposes later on.

People are busy making money and converting the lost hobby into an income generating business. COVID-19 pandemic did prove fruitful for the trading cards industry after all.

Scott Trick has collected sports cards since the early 80's and because of his love for collecting he started the website https://sportscardsauthority.com. His favorite players are Robin Yount and Hank Aaron, but he cherishes all sports and all cards like they are art.