Fantasy gaming has been one of the fastest growing sectors in the Indian economy. A large chunk of the population plays some fantasy game or the other. But with the growing popularity of these games, some myths and misconceptions about fantasy sports have cropped up. Here we look at 6 of them. 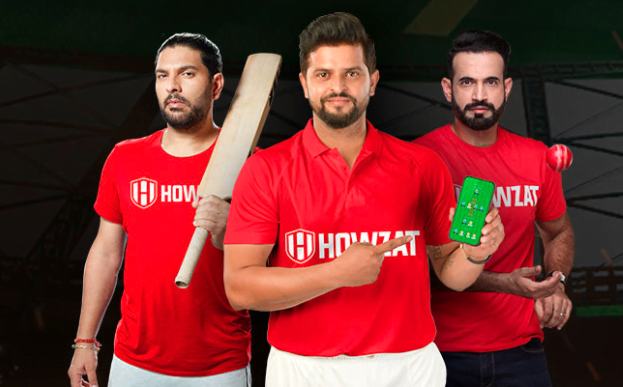 India has now surpassed the US as the world’s largest fantasy sports market, with over 13 crore users. Playing fantasy sports for real money as well as for free is considered a perfectly legal activity in India. This was reinforced by a verdict of the Hon’ble Supreme Court of India, which clearly said that fantasy sports is a game of skill and couldn’t be equated to gambling.

There is a world of difference between tossing a coin or rolling dice and picking a team on a fantasy cricket app like Howzat. The first two activities are governed purely by luck, while fantasy sports require players to utilise their expertise and skills to win.

It’s human nature to get addicted to certain activities, and some individuals are more prone to it than others. As with any other entertaining activity, fantasy sports can be addictive.

But the best apps like Howzat have plenty of safeguards built in. You can set limits for yourself  on the amount of money you use to enter contests. And in a bid to encourage you to play responsibly, the app also sets a limit on the maximum deposit you can make at one time.

While there are obviously similarities between fantasy games and real-life sports, it’s a big mistake to think that conventional sporting thoughts and strategies can make you a successful fantasy game player. Each fantasy game has its own scoring system, with extra weightage given to various factors or actions.

For example, Rohit Sharma gets no additional runs on account of being India captain on the actual field. But if he’s leading your fantasy team on Howzat, any points he scores will be doubled.

The scoring system also results in team compositions you’d never find in traditional sport. No cricket team usually goes into a game with just 2 or 3 specialist batters and as many as 4 all-rounders. But such a scenario is perfectly plausible in fantasy cricket where you have the luxury of picking players from both teams.

The same is true of fantasy football, where you could pick a team that lines up in a 5-4-1 formation that few top teams would employ in real life. So while it’s important to have a sense of the sport, you also need to understand that fantasy gaming is a universe in itself.

Myth #4: You must have played sports to win fantasy games

Some game sense and cursory knowledge of the players involved helps quite a bit, but ultimately it’s your strategies that win you fantasy games.

The most successful players understand the quirks in the scoring system and how best to take advantage of them while picking an XI. They appreciate that it’s not always the best-known or highly rated players that perform best on any given day.

What separates fantasy sports winners from the others is in their skill when it comes to picking the fringe players. By not being swayed by names or reputation, they pick a team based mainly on current form.

The player who applies conventional sporting wisdom and picks, for instance, 6 specialist batters, a wicketkeeper and 4 bowlers will seldom win.

Myth #5: The winners are simply lucky

Of course, there’s an element of luck involved in fantasy sports just like in most real-world sports. Your captain could get injured midway through a game, or the unknown substitute could turn out to be the star of the show. But by and large, a great deal of thought goes into picking a winning XI.

In that sense, the player controls his or her destiny. There’s no way that can be compared to rolling two 6s on a dice or playing the lottery, which are entirely based on chance. When it comes to fantasy sports, luck might just be the seasoning and not the main dish itself.

The fantasy sports segment of the Indian economy generated ₹4,700 crores in revenue in FY21, according to a white paper published by Tax India Online. So far in FY21, the firms that run fantasy sports apps have paid ₹1,500 crores in taxes (GST + TDS + Corporate Tax).

That figure is expected to grow by a factor of 10 in FY24. Even if you take an app like Howzat, any amount of over ₹10,000 won in a single contest or tournament is subject to 30% income tax. So you can rest assured knowing that the industry is by and large tightly regulated.

Now that you’re aware of these facts, you can enjoy your fantasy gaming experience without any reservations. Download the Howzat fantasy app and pick your team for the next India match or for an Indian T20 League game. If you’d rather try another sport, there are dozens of football contests too each week. So get playing and start winning!