Dash (DASH) is a blockchain platform that offers users increased anonymity. The authors of the project provided the world with a more reliable and secure alternative to Bitcoin. During the existence of the project, its name was changed 3 times.

What Is Dash Cryptocurrency? 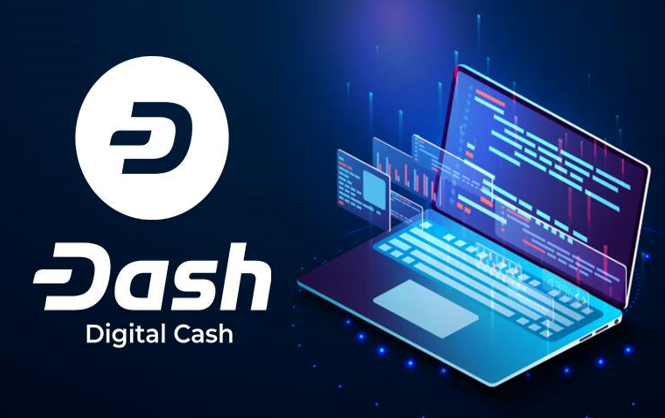 Initially, the cryptocurrency was called Xcoin, then it was renamed Darkcoin, and only in 2015, the project was named DASH. Today let’s make a description of the features and characteristics of the project.

Like many other cryptocurrencies, the DASH project was launched in order to solve the problems that are inherent in the Bitcoin network. The main characteristics of DASH are anonymity, instant transactions, equality of all participants and availability of mining.

Each participant can introduce their ideas for the further development of the project and vote for the initiatives proposed by other users. The authors have fully implemented the idea of Decentralized Governance.

The founder of the network is Evan Duffield. The cryptocurrency first saw the world in 2014. After rebranding, the project was renamed to DASH. This name is taken from Digital cASH and according to one version means “upward movement.”

Evan Duffield emphasizes that anonymity was and still is crucial for their team. Initially, Evan wanted to make updates to the Bitcoin protocol, but his proposal was not accepted. This was the prerequisite for the new blockchain. Initially the team of authors consisted of a few people, now it includes more than 50 professionals.

The maximum issue of coins is 18.9 million. Remarkably, 2 million DASH were mined in the first 2 days of the project’s existence. Because of such a large volume, the project was criticized. The reason for the instamine was an error in the code, which led to an incorrect conversion of complexity.

Almost all of the coins that ended up in the hands of users were sold at a “bargain” price on exchanges. Thus, the project almost collapsed at the very beginning, but the developers managed to stabilize the situation.

The cryptocurrency DASH offers a function of instant transactions, so it is convenient to use it for regular transfers. This feature is based on the InstantSend and PrivateSend mechanisms.

This was the prerequisite for signing a lucrative agreement between online banking platform Wirex and DASH Core, a company that develops and promotes DASH cryptocurrency. The cooperation involves the integration of digital assets into the financial sphere.

Users will be able to pay with DASH coins at VISA bank card acceptance points. There are more than 40 million such points in more than 200 countries.

A Wirex official once said: “Our users will be able to convert BTC to Dash and back with minimal fees, buy Dash directly for fiat currency (EUR, USD, GBP) and withdraw it via classic ATMs, pay by card or smartphone app, in stores and cafes…”.

In addition to instant and accessible transactions, participants are offered increased anonymity, which is supported by the PrivateSend feature.

DASH is one of the first ever cryptocurrency competitors to Bitcoin. The 2 blockchains are similar in technical characteristics, but DASH is superior in some respects.

The DASH network consists of miners and masternodes. Miners traditionally mine coins and collect transactions into blocks. The power consumed is used to find the result of the X algorithm. The X11 protocol used in the system allows mining coins not only on expensive ASIC devices, but also on processors with video cards.

Masternodes do not take part in mining. Their function is to process transactions and ensure their anonymity. The latter function is achieved by splitting the payment into several parts, which are sent from different addresses. A masternode is a superstructure on top of the main network of miners.

All transactions that take place within the DASH network are initially sent to the masternodes for processing. And those in turn inform other nodes about acceptance of a payment with a certain input (address, amount). The task of masternodes is to check the uniqueness of such inputs.

Information exchange processes are called consensus search. It can be achieved if all nodes confirm the absence of transactions with the requested input. Once the payment is confirmed, the standard work of the algorithm begins to add the transaction to the blockchain. The payment reaches multiple miners at the same time.

Remarkably, the DASH blockchain is characterized by equality between masternodes and miners. They receive equal rewards for performing their functions.

The reward distribution system is as follows.

Each participant can influence the process of distribution of money from the fund. For this purpose, the system has a secret ballot. Everyone can give recommendations on how to invest, as well as offer their ideas on how to improve the network. But the final decision is made by the masternodes through voting.

Each owner of 1000 DASH coins on the account can become a Masternode. This amount must remain on the balance for as long as the participant serves as masternode. As soon as the amount is fully or partially spent, the network will delete that node. Many people think this condition is tricky, but it allows the network to increase its popularity and reduce the risk of hacking.

Every step in the DASH system is organized automatically. This guarantees impartiality of the masternodes in choosing one or another offer.

Features of the platform 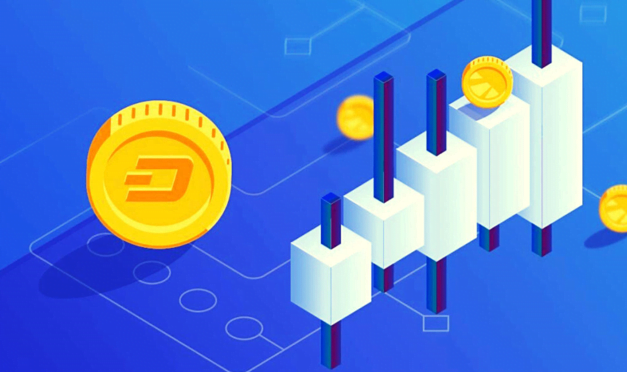 DASH is a two-tiered network. In Bitcoin, for example, consensus is achieved at the level of nodes with equal rights, which ensure the operation of the system. We are talking about miners, which prevent double spending through the PoW algorithm. The same mechanism is used in the DASH network. The X11 protocol consists of 11 hash functions.

But the difference is that the DASH platform has a second layer, where masternodes play a key role. They are the ones that provide the InstaSend and PrivateSend services.

InstaSend can be used by DASH wallet holders. Transactions are made in trust format, as it takes 2.5 minutes to fully confirm them. For each transaction, the system generates a “trusted gateway” that is checked by the masternodes. Such mechanism protects the network from double spending and provides stable high speed of funds crediting.

InstaSend is based on CoinJoin mechanism, which intermingles payments so they cannot be tracked. The process is carried out in several stages.

Thanks to the use of the DAPI programming interface, DASH has gained the status of the most decentralized cryptocurrency of all existing cryptocurrencies.

In an open environment, developers can create software and wallets to interact with the blockchain. The main burden of transaction verification falls on masternodes, which guarantees instant payments under all circumstances.

You’ve probably heard the term DAO more than once. Literally, it translates to “decentralized autonomous organization.” But its reputation is tarnished by a 2016 event when hackers hacked into The DAO project and stole about $60 million.

But DASH is the first cryptocurrency to offer this system. True, it was not called DAO, but Decentralized Governance by Blockchain (DGBB). As I said above, this solution allows nodes to vote on system updates and make suggestions. The Dash cryptocurrency network allows you to track transactions. You can do this with Dash Explorer, available here.

The main differences between DASH and Bitcoin

At this point I want to elaborate, because many users may not be aware of the technical characteristics of DASH, considering the cryptocurrency as a full copy of Bitcoin.

Bitcoin is a peer-to-peer network, which is based on Proof-of-Work algorithm. The development of the system is handled by a team of anonymous developers, who make their own decisions regarding the development of the network. DASH blockchain is more democratic and decentralized.

There are elements of Bitcoin in the form of the PoW algorithm, but there is also an additional layer, consisting of DGBB and nodes. This feature allows the DASH platform to have a fully decentralized system, including internal voting, increased anonymity and instant transactions.

Thanks to the DGBB system, DASH remains a project open to new ideas and solutions. Each node in the network can make suggestions for the development of the platform.

There are differences in coin mining as well. Since X11 uses 11 hash functions at once, the hardware requirements are much lower than in the Bitcoin network. In addition, the Dash system uses specific proportions of reward distribution.

There are several other factors that differentiate Dash from Bitcoin, such as the open roadmap and DAPI implementation. The authors of the DASH project have shown the community ambitious plans to create the most accessible and decentralized cryptocurrency possible.

The official website of the project can be found at https://www.dash.org/. Here you can send money transfers, buy or sell DASH coins, download a wallet, contact the support team, read up-to-date information about the project, etc.

Here is also a road map of the project. Much has been done and much remains to be done. Also, complete information about the Dash project is available at the Github resource.

Where and how to buy DASH Coins 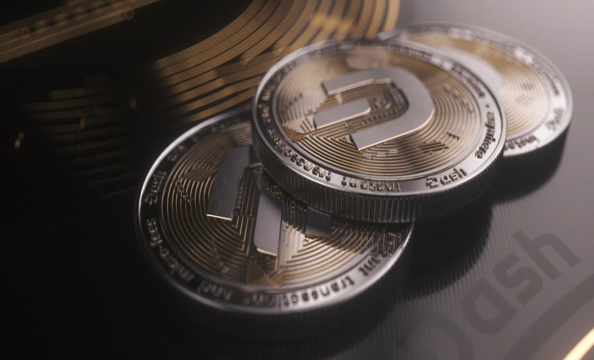 DASH is a popular cryptocurrency that is traded at many well-known online venues.

There are two ways to buy coins.

The advantage of exchanges over exchangers is that they usually offer a lower exchange fee. In addition, you can buy and sell cryptocurrency at the current rate or open a limit order to wait for a value below the market. The exchange will not happen immediately, as with a market order, but only after a set price level is reached.

At the time of its appearance on the market, the coin was trading below $1. The cryptocurrency crossed this barrier on April 25, 2014. Since that day, the uptrend began.

The maximum value of DASH tokens was recorded on December 20, 2017, when the rate rose to $1,493. But the coin could not withstand the global market correction and began to lose its position. Since the beginning of 2018, the cryptocurrency DASH has been showing a downward trend with short-term pullbacks.

Another period of growth was recorded in the first half of 2021, when the rate rose to $440, but in the second half there is again a downtrend. At the moment of writing this article, the coin was trading at 102 $.

According to CoinMarketCap, the market capitalization of DASH is $1.1 billion, while the daily trading volume is $157 million. The cryptocurrency is 79th in the rating of digital assets.