Diabetes is a chronic form of metabolic illness and occurs in various forms. Many people suffer from diabetes mellitus, which occurs due to the inadequate or ineffective production of insulin. But some people suffer from another form of diabetes called diabetes insipidus. It occurs 1 out of every 25,000 people.

Diabetes insipidus is a rare illness that occurs when the kidneys cannot conserve water and leads to extreme thirst and frequent urination. 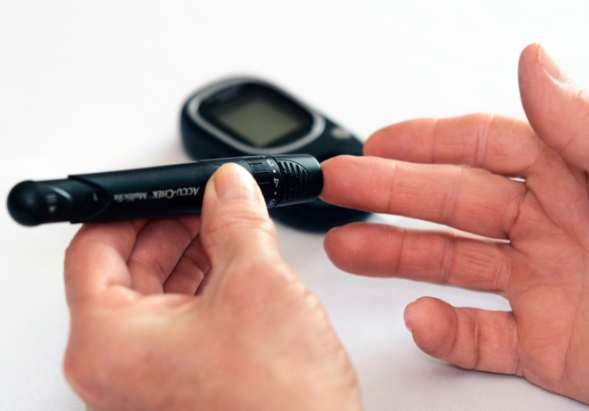 Diabetes insipidus occurs in both children and adults. The  main symptoms of this disease include.

Apart from the symptoms mentioned above, there is also the possibility that diabetes insipidus can lead to brain damage, seizures, and ultimately death.

The kidney is an essential organ that regulates fluids in our body by removing excess fluid from the bloodstream. Our brain produces antidiuretic hormone (ADH) from the pituitary gland. ADH is also called vasopressin, and it helps our body retain water.

But for people with diabetes insipidus, it is produced in low amounts from the pituitary gland and as a result, water cannot be retained in the body and is excreted in the form of urine. Kidneys become non-functional as they cannot concentrate the urine by removing the excess water, and hence, diluted urine is excreted.

The endocrine glands producing ADH can be damaged. Other factors that lead to the low production of ADH are brain injury, certain medications, tumours near the glands, and some genetic conditions.

There are four types of diabetes insipidus, which are.

As ADH is not produced in sufficient amounts, fluids are released externally. It is present from birth and may be the result of abnormal genes required for vasopressin secretion.

Nephrogenic diabetes insipidus is a form of diabetes that affects the kidneys function which impacts water balance due to the varying degrees of vasopressin production. This form of diabetes can either be inherited or acquired. It can be due to a cyst in the kidneys or a kidney infection.

Dipsogenic diabetes insipidus is a form of diabetes that does not affect the kidneys but affects the hypothalamus, directly hindering the production of ADH.

People with dipsogenic diabetes insipidus will drink more fluids and urinate often. The damage to the hypothalamus can be a result of surgery, infection, inflammation or any other tumour.

Gestational diabetes insipidus is a rare form of illness in pregnant women. It occurs during the third trimester of pregnancy, affecting vasopressin production.

During pregnancy, physiological changes affect the kidney’s response to vasopressin. 1 in 100,000 pregnant women suffer from gestational diabetes insipidus and it can be treated at the early onset of occurrence.

Desmopressin is the common drug prescribed for gestational diabetes. Usually, this illness goes away after a woman gives birth, and no treatment is required.

The symptoms of gestational diabetes are polyuria, frequent thirst, fatigue, nausea and even weight loss. During pregnancy, hormones are produced by the placenta and that leads to the buildup of glucose inside the body.

Screening for diabetes takes place between the 26th to 28th week of pregnancy. Pregnant women are advised to exercise daily to control their blood glucose levels.

It is important to maintain a healthy and balanced gestational diabetes diet during pregnancy. This includes eating foods such as.

Other instructions to follow for a healthy gestational diabetes diet are.