Fantasia Barrino is known for winning the third-season of television’s American Idol singing competition in 2004. A vocal powerhouse that turned down the floor with extraordinary performance week after week.

Barrino raw vocal talent touched the hearts of millions of viewers in America and she connected with the audience like no other competitor present on the stage. 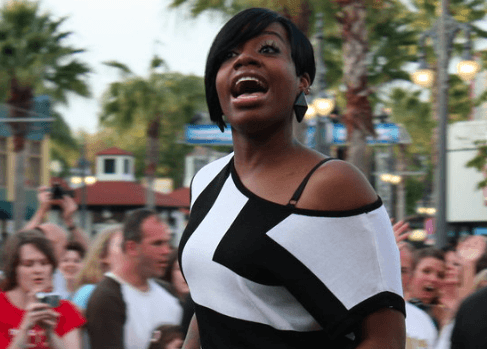 S3 winner of iconic reality show American Idol inspired millions of veiwers by her life story. A single mother struggling to manage passion and work and going through domestic abuse on a daily basis. She is a gospel singer at Mercy Outreach Church of Deliverance, North Carolina.

The word “HUSTLE” suits the S3 winner personality and we are going to take a deeper look at the success of Fantasia Barrino.

The S3 winner born and raised in High Point, North Carolina. The family is no starnger to singing in a huge crowd and signing talent runs through the family veins. Her father, Joseph use to sing during teenage years in gospel quartets and mother, Diane, is a co-pastor at Mercy Outreach.

Interestingly, Barrino along with two of her brothers followed the footsteps of the parents eventually.

Fantasia started to sing at a tender age of five years old. She use to put on her mother clothes, then grab an object resembling to a microphone. Barrino use to perform in front of a mirror. American Idol winner records the moments and it was a surreal moment for her.

The family gospel group took her for tours from the time she was ten years old. The singer never hesitated to perform far away from home to Florida or Maryland.

Joseph Barrino (father) always did not hesitated a second that his daughter is the better performer. She is doing this since childhood and the absolute experience of a professional would bring the title home.

The experience added a greater value to the singer because she never felt nervous during the show. The stage expanded and audience increased, but it did not let her feel nervous to the end.

The young singer completed middle schooling from Welborn Middle School, and she entered Andrews High School. However, the singer could not complete the high school and dropped out. American Idol winner got pregnant with a child and she dropped out to give birth to her daughter, Zion.

Raising a child without a financial support is difficult and the high school drop out had no other choice but to work every day. Fantasia started to work as a singer at wedding and small gigs to support the child.

Brandel Schauss is the partner of the singer and he abused her so bad that got him arrested for choking and punching her. The abuse continued for several months until she had it enough. Brandel abuse reached to the point, where the female partner left with fear of life.

Brandel Schauss turned into a thing of the past for Barrino.

The singer dated Brandel Schauss from 1998 to 2004 and it ended on bad terms.

Fortunately, the newly found fame attracted several celebrities towards her, and she ended up dating American football star Michael Clayton for two years from 2004 to 2005. However, the relationship did not last for long due to differences and they broke up mutually.

In 2007, Barrino dated American rapper Young Dro, and it ended one year later.

In 2009, she began dating Antwaun Cook. The couple dated each other for three years and the relationship ended.

She welcomed second child  Dallas Xavier Barrino on December 13, 2011. Fantasia decided to keep the father’s name hidden and confindential to the world.

Fantasia Barrino is a married woman since 2015. Now, she got married to an American businessman Kendall Taylor. The couple started dating each other back in 2013 and they got engaged in September 2014.

In 2015, Barrino found her soulmate and she got married to an American businessman Kendall Taylor. The couple began dating in 2013, then got engaged in 2014. Taylor has net worth of $18 million.

The mother of a daughter could not set a bad example and she took a step to leave the abuser partner. Barrino did not give up on a education and decided to pursue high school equivalency degree. During the American Idol run, she took time to study for the course, so she can earn a degree.

The abuse encouraged Fantasia to move forward and it is something that no other competitor had on the stage. She resisted the idea to participate in the content and the reason was caustic British host, Simon Cowell.

Cowell appreciated the singer for standing top on the mountain in the early rounds. Simon did not go hard on her until the competition took another level.

The American Idol winner mustered the strength to participate in the content. The S3 had 1980s Christian rock vocalist Eddie DeGarmo niece, Diana DeGarmo in the finals as well.

The season 3 winner signed a contract to tour nationwide. In December of 2004, she had an opportunity to appear for Elton John tribute at the Kennedy Center Honors in Washington, D.C. In coming years, she appeared as a guest on many shows and appeared as a special guest on TV shows.

Many people doesn’t realize, but Barrino made millions of dollars to support the family and raise the children. Fantasia mother had a dream to have a own house,  and the S3 winner fulfilled it by gifting a $500,000 home in Charlotte, North Carolina. In February of 2005, she took the opportunity to host annual Soul Train televised music awards program.

Winning the American Idol comes with perks and the contract offers one album with a label. It includes the prize money and album royalties cut as well. J-Records label offered to produce Barrino’s debut album “Free Yourself,” was released in November, 2004. The music album directed by music industry veteran Clive Davis. The S3 winner artist produced by Jermaine Dupri, Missy Elliott, and Rodney Jerkins.

Barrino did not have a “Rockstar Career” but she was getting enough attention to have $5 million networth. In 2018, “When I see you” track added $450 thousand in personal bank account. Overall, she is making music to this date, and financial struggle days are over.