Home » Automobile » How I Made It To My Dream Car

As far as I can remember, I’ve always felt a certain attraction towards driving. The thrill of being in a car and cruising down the street excited me, and I’d always wanted to own my own vehicle. But my family and I had lived in a big city, where the lack of parking space and high motorist fees were enough to convince most people they were better off going with public transportation instead.

How I Building My Dream Car 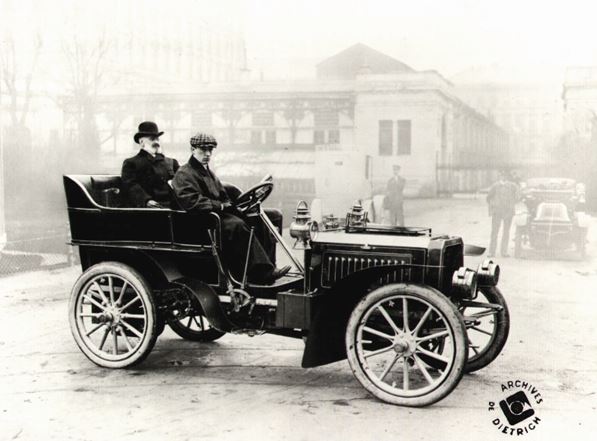 I’m telling you all this so you’ll understand the joy I felt when we actually moved to a smaller suburb outside town. Suddenly having a car became a requirement for both me and my parents, particularly if you wanted to find employment. Since back then I was already 19 years old and trying to save up enough money to go to college, I knew it was time to start earning some cash on my own.

Finding a job was easy enough. Within the first two weeks I had filled several applications around town, and received a positive answer from two locations: a movie theater and a pizza parlor. Since my love of films surpassed my appreciation for anchovies, I decided to go with the former.

But there were over 30 miles separating my new home from where I was going to work, and being driven around by my parents just wasn’t going to cut it anymore. I needed some wheels, and fast.

Of course, I went through all the usual suspects. I visited the local car dealerships, read every ad in the newspaper, even gave Craigslist a whirl. I knew the perfect car was out there waiting for me, and it was just a matter of finding it and then figuring out how to pay for it.

After looking for what felt like eons but must’ve been no longer than 10 days, I finally found a used Honda Accord 2.0 that was in mint condition and fairly affordable as well. It had a sleek design with plush seats and a great sound system. For a novice driver like me, it was pretty much a dream car.

Of course, “fairly affordable” doesn’t mean much when you barely have any money in your bank account. My parents could front part of the cash, but it wasn’t enough, and the car dealership wasn’t offering the friendliest terms on their loan. Plus, my goal here was to save money for college, not squander it all on overpriced monthly installments. All in all, buying a car this way definitely wouldn’t have been the smartest choice, financial-wise.

So I began scouring the Internet in search of better solutions. You’d be surprised at just how many promising start-ups out there are trying to disrupt decades-old business models and empower their customers in new and innovative ways. Out of all the options that caught my attention during this time, the one that most impressed me came courtesy of Simplr, an Australia-based auto finance aggregator that claimed to connect would-be car owners with the perfect lender for their particular situation.

By using their handy online calculator, I learned that I could borrow a large enough sum to cover all my car expenses, including taxes and fees. After that, it was only a matter of getting a quote from the company and kick-starting the financing process. All in all, the entire experience lasted no more than a couple of minutes, and there’s no doubt in my mind that the finance company helped a lot when it came to fulfilling my car ownership dreams.

Needless to say, with financing in the bag, I hurried back to my chosen car dealership, where a gentleman salesman had been kind enough to keep my Honda on hold until I could find the money for it. I brought my dad along, since he knew cars better than I did, and he performed a couple of under-the-hood inspections before signaling that the car was indeed a good deal. After that, it was finally time to get behind the wheel.

I had driven plenty of vehicles up to this point, but this one had a smoother handle and better speed control than most of them. What’s more, it was roomy enough to carry around several shopping bags as well as my bass guitar whenever I had music rehearsals. Perhaps the fact that this vehicle was going to be my first proper car had something to do with it, but it I have to say it was love at first drive. Once the formalities were over, I couldn’t wait to take this beauty out for a real spin in the city.

All in all, my hunt for the perfect car concluded with a happy ending. Although my Honda Accord may not have been the kind of sports car that boys drool over, it was more than good enough for me at the time. Plenty of parties and events were attended using that car, and I never regretted taking out a loan to be able to afford it. In fact, that vehicle kick started my deep love for cars of all shapes and sizes, a love that continues unabated to this very day. 🙂