Television is one of the most preferred medium of entertainment for a majority of citizens. Thanks to satellite television, you are spoiled for choices. 24×7 availability of not just entertainment channels but also news, sports, and meditation provides something for everyone. 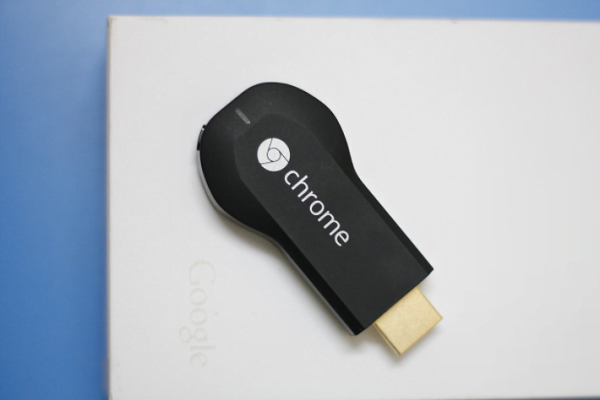 Despite its relative ease of functioning, it is slowly being replaced by the internet and the plethora of options available on it. For some, it may be the same old boring stuff available on television, that might be a turn-off; for others the sheer volume of unfiltered content. Whatever the reason, you cannot deny the fact that being spoilt for choice is actually fun.

With the popularity of smart TV, you can watch a lot of content from various online media. However, if there was a way if you could align the content present on your mobile, computer or other sources on your TV, it would be great!

Chromecast is a device from Google that helps streamline content from your mobile or computer to your television. It is not only the best but also the cheapest streaming device available in the market. This device helps in streaming the content present in a smartphone or laptop to the TV or any other connected display unit.

The streaming media adapter from Google is a dongle which needs to be plugged in the HDMI port of television. You can then use it to play online content like music or videos on a digital TV.

The device has to be powered by a cable which connects to a USB port in the dongle. By simply downloading the mobile app, you can use your desktop, laptop, tablet or smartphone as a TV remote!

Once streaming starts, you no longer need to keep the app open. Chromecast has emerged as a tough competition to other streaming devices like Apple TV and Roku’s Streaming Stick.

How Does Chromecast Work?

Media streaming is not something new. People have been using YouTube, NetFlix etc. on their TV sets to download as well as see online content. Similarly, gaming systems and Blu-ray, DVRs and Smart TVs have streaming hardware built and set-top boxes which are designed to allow streaming of online content.

One would question then, what new does Chromecast bring to the table? Chromecast can get things on your TV screen remotely thanks to DIAL (Discovery and Launch) protocol. This is now being integrated into a number of devices and apps to be used for TV control.

Since Chromecast is brought by Google, you can expect anything and everything associated with the server to be readily available with the dongle. The enlarged, thumb drive can be plugged into the HDMI slot of the TV. You can use it to play content already present in your laptop or mobile phone over your home’s Wi-Fi network.

To spice things up, you can even see web pages on your TV screen. If you have a device which is running on a compatible operating system and a Wi-Fi operating through a compatible outer, Chromecast can open a lot of media for you.

How to Setup Chromecast on Computer?

Considering the benefits associated with Chromecast, you would like to start using it ASAP. Setting the device is relatively simple. Here is what you need to do to start using Chromecast on Windows.

What Can You Do With Chromecast?

Post installation of the Cast extension, you can use the icon (on the upper right corner) to cast a single tab on the screen. You can control the streaming from your mobile using the volume keys and other icons present on the screen.

However, depending on the app, other controls might also be available. The best part is that it is not necessary to keep the app open all the time. You can browse within the app, use other apps, let your device go to sleep or even shut it; none of it affects the streaming on your TV!

Though initially, just NetFlix and YouTube were available to view on Chromecast, the list has expanded now to include a number of video, news, music sharing apps as well as other browser applications. With a number of options available, there is so much you can do with your Chromecast.

Since there is a lot of media content available on a number of devices, you can watch anything and everything on your TV. Multiple devices, as long as they have appropriate apps installed and are connected with the same Wi-Fi, can be used to watch content thanks to Chromecast.

Connect your tablet, phone, computer, any other device of your family member and friend and enjoy watching hours of entertainment, infotainment content, uninterrupted.