Home » Social Media » TikTok » Can TikTok Be Used for Business Purposes and How?

If you’re over 30, you’ve probably only heard of TikTok. According to the vocabulary of Generation Z, it’s currently an ultra-mega popular social network among teens and young people between the ages of 16 and 24. This generation, which was practically born and grew up with technology, is TikTok’s biggest beneficiary.

Over 800 million active users (seventh-most popular social media platform in the world) are reason enough that, if you haven’t already, show interest in this “Chinese miracle”. 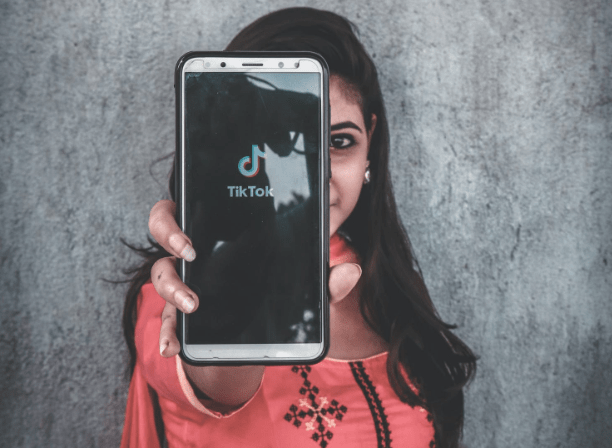 Over the past two years, especially in 2019, TikTok has become an app that has outperformed Facebook in terms of the number of downloads. Looking at this criterion, it’s ranked even higher than Twitter, LinkedIn, Pinterest, and Snapchat, making 740 million downloads. 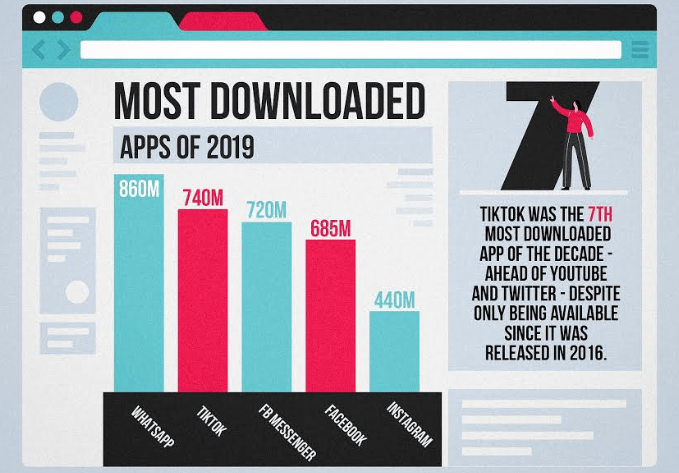 How to Use TikTok for Business?

Now is the right time to join TikTok because all the predictions are going in the direction that, in a year or two, it will become something that will be standard. And it’s very important to be among the first brands when the audience starts coming. Below are some ideas for companies who want to use TikTok for promotions.

Given that TikTok lets you create unique and fun content, it will certainly suit brands in the following niches: manufacturers of clothing, footwear, cosmetics, fitness centers, healthy food, sports clubs, and others whose target is young people.

They want fun, dynamic, and original content, so you’ll need to take a good look at the types of content that your target audience likes and share similar stuff.

According to research by marketing agency GlobalWebIndex, in order to connect with a younger audience, brands need to monitor the changing behavior of Generation Z, which accounts for 40% of global consumers this year.

On TikTok, the emphasis is on the content, the video content, not on the one who created it. Video on the Internet is still in the spotlight and, by 2022, it’s estimated that video will account for 82% of all Internet traffic.

Many users follow the content via the For You option, located on the front page of the app, through which TikTok shows them what it thinks is relevant to them, taking into account several factors, including location.

Recently, it was also possible to add a URL (of your e-commerce, for instance) to the content, so with organic reach (which is difficult to get on Facebook today without a specific promotion budget), you can also have significant website traffic.

If you already know some influencers interesting for your business and with a significant number of followers on Facebook, Instagram or YouTube, it’s a great possibility that they already have their own TikTok audience.

And influencers remain on the digital marketing trend list in 2020, so it’s worth investing in collaborating with them. Searching for relevant hashtags and users of the same name, you’ll filter young people who do well on TikTok.

Collaboration with any influencer, especially with a “tiktoker”, must look “natural”, ie the influencers know what content their audience likes and should create that content with your brand: to use it in everyday life or at least something like that. And ultimately, that collaboration will certainly lead to increased awareness of what you’re promoting.

A very interesting and quick engagement option is to create hashtag challenges. This way of promoting the business is, in fact, encouraging TikTok users to create content and add a branded hashtag to it.

Some of the world’s most famous brands have already worked through these challenges and got the fascinating figures of those involved. One of the first was Guess with whom TikTok collaborated as part of the #inmydenim campaign. Also, Samsung had an awesome campaign on TikTok for Galaxy A, and this challenge reached almost 30 million people.

These challenges, which shouldn’t be demanding but as simpler as possible, with the ability for users to give their personal “touch”, not only promote the business but also lead to interaction. Also, a trending hashtag that fits into your niche can be easily added to your content. that is, you can join it.