The Indian Premier League (IPL) is one of the most prestigious cricket tournaments from around the world. It is a professional men’s T20 cricket league founded by the Board of Control for Cricket in India (BCCI) in 2007.

Since then, the league has had 14 successful annual events which gave birth to amazing events and facts that many cricket fans should know.

The official schedule of the 15th edition of the IPL may not be announced just yet but people are already talking so much about it. With the recent conclusion of the 2022 Mega Auction, fans have more grasp on what the next season will look like. Some are even already preparing to place their bets on sites like 10CRIC.com for IPL 2022. 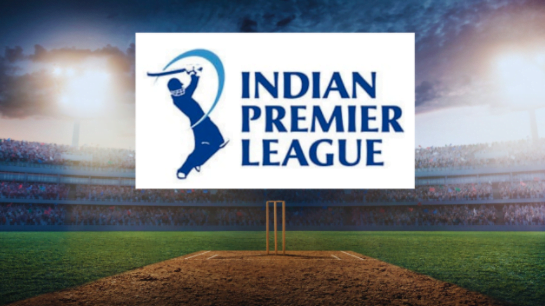 But before we get too excited about the upcoming season, we’re here to let you know of the most interesting IPL facts that cricket fans shouldn’t miss!

One of the reasons why the 2022 IPL is so interesting to many is how the league will have ten teams as participants. For a long time, the IPL has been an eight-team affair. Over the years, there have been rumors that BCCI was planning on adding more teams in the league but it was only before the start of the 2021 edition that the BCCI has confirmed its plans.

Last year, Lucknow Super Giants and Ahmedabad Gujarat Titans were announced as the two new IPL teams moving forward. While this is a very exciting thing to happen in the history of IPL, it’s not the first time that the league will have 10 franchises.

The IPL did start with only eight teams in 2007. However, during the 2011 edition, 10 teams also participated in the league with Pune Warriors India and Kochi Tuskers Kerala. Sadly, these two teams didn’t run a long course in the tournament.

Pune Warriors India only spent three years in the IPL and some would even say that its relationship with the BCCI was quite messy. Pune Warriors were reported t have withdrawn from the IPL twice in three years.

The first time was in 2012 and based on reports, the franchise had problems settling the amount of franchise fee. There are also other reasons including a dispute between them and the BCCI regarding player retention.

Eventually, the issues were fixed and the BCCI reached a compromise with the team. In 2013, the franchise has once again filed for withdrawal from the league. This was the year that the team was dissolved too. According to the BCCI, the team had another issue regarding the franchise fee.

Meanwhile, the Kochi Tuskers Kerala had a shorter stay in the league. The team only ever played in the 2011 season of the IPL and after that, their contract was terminated by the BCCI. KTK was also reported to have failed to pay the 10% bank guarantee element of the franchise fee.

While these two teams only had a short stay in the IPL, things are looking up for the two new teams that will enter the league this year. This time, the BCCI had stricter requirements to allow companies to purchase the two new teams and we’re sure that the BCCI has learned so much from the former IPL teams.

Chris Gayle has the batsman with the highest individual score in an IPL match with 175. This happened in 2013 when he was playing for Punjab Kings and went against Pune Warriors India. Gayle was also able to score 66 balls, 13 4s, 17 6s, and 265.15 SR.

This is followed by Brendon McCullum’s performance during a match with Royal Challengers Bangalore in 2008. McCullum was playing for the Kolkata Knight Riders during this match and he was able to score 73 balls, 10 4s, 13 6s, and 216.43 SR.

When it comes to bowlers, Anrich Nortje has made quite a name for himself. He still holds the record for the fastest ball in the history of IPL with 156.22 km/h. He was able to beat his record multiple times. Before this, he held a record of 155.21 km/h and 154.74 km/h.

Nortje came into the Delhi Capitals as a delightful surprise. He was initially brought in to replace Chris Woakes in the 2020 edition and no one expected he’d do so well as a bowler.