Home » Technology » Is Virtual Reality the Future of eSports?

Over the past few years, virtual reality has tried to cement itself as a mainstay of gaming culture, and while we’ve seen many interesting developments in recent years, VR hasn’t quite taken off like it was expected to.

While virtual reality is still in its infancy, it continues to pique the interest of the eSports industry, and companies are pushing for further adoption of the immersive tech in eSports tournaments. 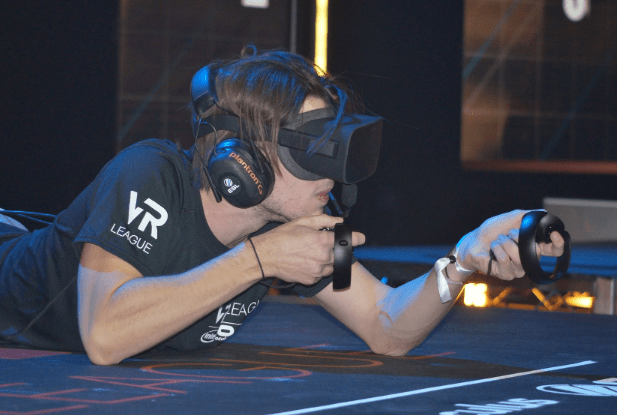 It’s a promising technology that has the potential to turn the competitive gaming industry on its head and completely change the way eSports gamers and viewers experience the game.

1] The rise of eSports

At first glance, the idea of tuning in to watch someone else play a video game seems rather silly. But in recent years the world of eSports has rapidly expanded into a global spectator sport, attracting millions of viewers worldwide with coverage from mainstream sports broadcasters.

2] What virtual reality means for the future of competitive gaming

Virtual Reality is usually characterised by a headset or goggles that allow players to view the game in a 3D virtual space and literally immerse themselves in the game.

When pondering the future of competitive gaming, it’s impossible not to think about the implications that virtual reality is sure to have for professional players at eSports events.

As it stands, the most popular kinds of games played at tournaments are tactical first-person shooters like Counter-Strike: Global Offensive and multiplayer online battle arena games such as League of Legends and DOTA 2.

The controls for these games have remained the same, with most games being played with either a mouse and keyboard or a game controller. As any serious PC gamer would tell you, competitive gaming at this level requires extreme precision and fast reaction times from the player.

It will no doubt be a rough road to transition from traditional controls to VR controls and acquire the level of precision that the top players are at right now, but the prospect of seeing high-level competitive play with fully-immersive virtual reality is an exciting one.

Not only will it revolutionise the way professional gamers experience the game, but it will also fundamentally change the way fans view eSports events. By wearing a VR headset, spectators will be given an immersive view of the game being played.

Valve, the developer of DOTA 2, has brought fans a whole new way to enjoy competitive matches with the launch of their Dota VR Hub, which allows viewers to watch live matches, replays, and streams in the Dota VR theatre and provides an immersive and dynamic spectating experience to fans all around the globe.

Virtual Reality is a revolutionary piece of technology that will undoubtedly impact the way we experience games in the future.

But we haven’t seen much in terms of widespread adoption of VR in the world of eSports, aside from a few smaller leagues dedicated to virtual reality competitive gaming. For now, virtual reality remains nothing more than a niche market in the current gaming landscape.

There are eSports Leagues dedicated to VR that demonstrate the potential of the technology for competitive gaming in the future. 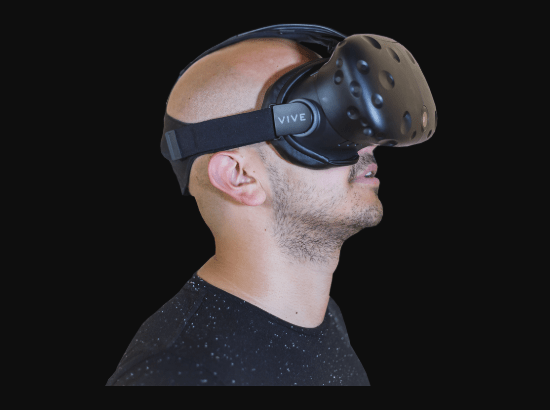 At the present moment, adoption of virtual reality tech into eSports events is not very widespread. With that being said, the technology does seem to be gaining some traction.

Virtual Reality may not yet have delivered the all-immersive experience we were hoping for, resulting in a lot of gamers beginning to lose faith in the technology.

But if you’ve been paying attention to the VR first-person-shooter game Onward at the VR League, you’re well aware of the capabilities of virtual reality to improve upon competitive gaming.

Developed by Downpour Interactive, Onward is one of the most popular games in the VR League and is definitely the most polished and competitive VR fps we have seen yet. With games like Onward, we can see the potential that virtual reality has to transform the eSports industry in years to come.

As virtual reality technology continues to become more affordable and accessible to players, we expect to see more mainstream integration of VR into the world of eSports.

With more games coming out that continue to build and improve upon the capabilities of virtual reality, we can only expect to see a thriving competitive gaming scene in the future with professional players who have been practicing with virtual reality tech for years.