Kaun Banega Crorepati inspired from UK television show model “Who Wants To Be A Millionaire.” The show aired on Indian television and millions of people tuned in after Amitabh Bachchan decided to host the show. 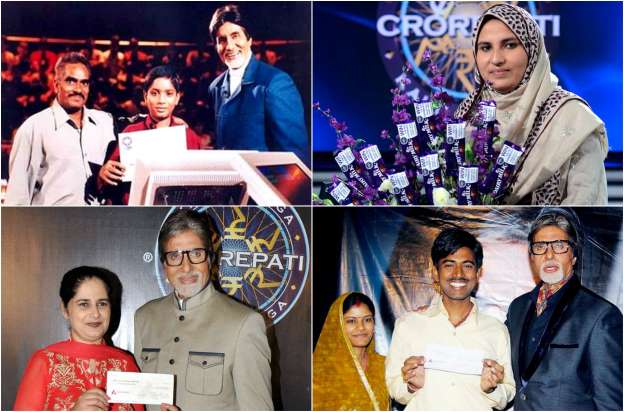 The thrill to watch a common Indian citizen to take money home made the show successful. The producers decided to try Shah Rukh Khan as the host, but Mr. Amitabh replaced him. A part of the success goes to the Mr. Bachchan as well.

The entire show depends upon the knowledge of the contestant, and the KBC had nine seasons. However, the number of contestants who left the show with ₹ one crore in the pockets.

Saini is a 14-year-old studying in 10th class, and he participated in first-ever KBC Junior. Fortunately, the boy answered every question properly, and it resulted in winning the prize money. 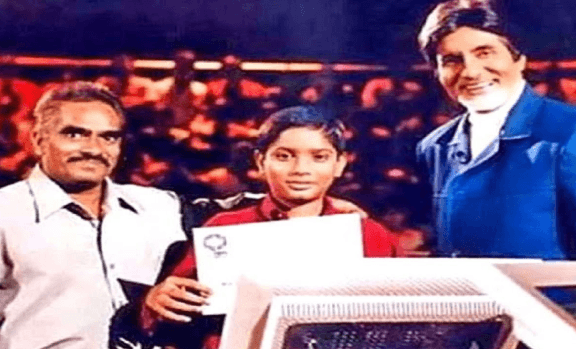 The Junior season started in 2001, and it ended in 2001.  The 14-year old boy started to work on his dream, and today he is an officer in Indian Police Service.

He is no longer a small boy from Gujarat because he cleared the exam to become ASP officer. The students from his college suggested Saini take part in the Indian Police Services (IPS), and he scored All-India Rank of 461. He took a lot of training to prepare for the task.

Nawathe is the first contestant to win ₹ one crore in 2000 from KBC show. The young man life changed after winning the ₹ one crore prize money, and he solved many problems in life.

The young man is preparing for Indian Civil Services, and he got a call from the KBC team for an audition. The prize money surprised the media, and the intelligence mesmerized the audience.

Unfortunately, he had to miss the exam due to the distractions. The ambition for higher education did stop him, and he completed MBA from a University in the United Kingdom.

Later, he married an Indian woman, and the couple blessed with two children. Nawathe is working for an Indian-based company. 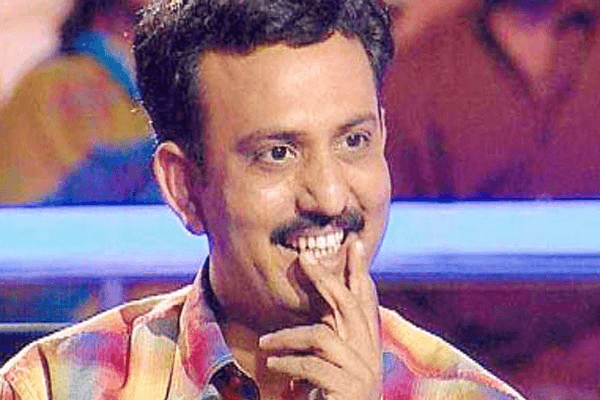 Kaun Banega Crorepati came back with it’s second season in 2005-2006, after a gap of four years. This season, Brijesh Dwivedi became Crorepati on the show, A special episode was held in this season where the famous bollywood couple, Ajay Devgan & Kajol Devgan bagged the same amount as the winner.

The 3rd season of KBC was hosted by Shahrukh Khan due to Amitabh Bachchan’s illness which was aired on 22nd July 2007. Unfortunately, this season failed to yield any winner. 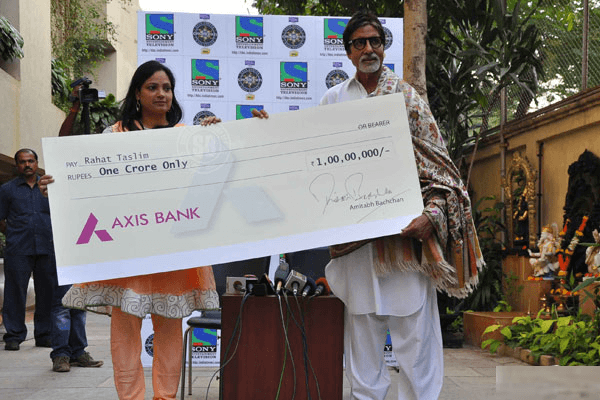 Taslim auditioned for the KBC, and she started to prepare for the game. She is a housewife, and Rahat got excited because it means she can go back to studying.  She comes a conservative family, and it was an excellent journey for her.

Taslim stunned everyone with the knowledge and claimed the prize money. The winner of season four made the family proud. She used the prize money on starting a garment store in a mall in hometown. 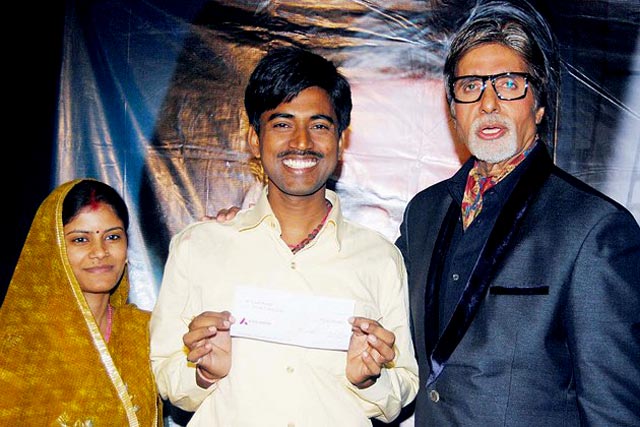 The KBC reality show became a major success in India and millions of people tuned every week to watch Mr. Bachchan. The producers decided to increase the prize money from Rs.1 Cr to Rs.5 Cr. Kumar participated in KBC season five, and he impressed the audience with valuable knowledge.

Sushil celebrated the victory with family members. He spent the prize money on building a house in hometown and purchased the farmland in the village.

However, the investment turned into a disaster for him — the tax deduction of Rs.1.4 Cr and he received Rs.3.6 crores. According to NDTV, Sushil invested the money on cabs business with the help of his Delhi friend. Kumar helped relatives & brothers in setting up business and rest of the money saved in the bank.

Sunmeet Kaur is the winner of the KBC season six. Kaur is a married woman and earned a degree in fashion designing. Unfortunately, the lady did not get approval from in-laws. The hardworking women set-up a tiffin center nearby home. KBC developed confidence in her and encouraged to audition.

The Tiffin center business did not work out, and it left her bed-ridden for months. The second option to start tuition for Children gained confidence. Educating the Children helped her learn more about the world, and she applied for the KBC.

Sunmeet did not tell anyone in her family that she applied for the KBC. The audition took place, and the production team told her to bring the husband along with her. Kaur informed husband about the participation, and he is the only in the house to support her.

Manmeet Singh is the husband of Kaur, and he is an established actor appeared in Rab Ne Banadi Jodi and other movies. The KBC S6 started a small business in fashion category with a friend.

The success of the KBC encouraged the producers to increase the prize money from Rs.5 Crore to Rs.7 Crore. The history teacher auditioned for the KBC, and he successfully secured a spot in the show.

Mohammed expertise in the subjects and knowledge gained him an upper hand in the show. He managed to take prize money home after winning the KBC S7.

The history class teacher said that the people perception towards him has changed after the show. The wise man funded the two marriages of orphaned girls.

He spent the money on his daughter partial vision impairment treatment. Taj had plenty of money left in the account, and he spent a lot on building a house for the family.

The duo tried their luck on KBC for years, and they finally got the chance to sit with Mr. Bachchan. The Delhi duo auditioned for the popular Q&A show and the ten years of continuous effort reflected in the winning process. 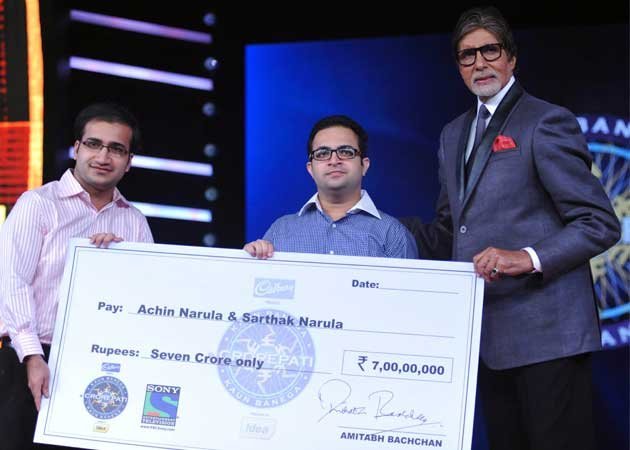 The Delhi duo took Rs.5.6 (estimated) after tax deductions. The brothers spent the money on mothers cancer treatment. The duo decided to invest the prize money on future. The Narula brother started a business in hometown Delhi, and they are leading a smooth life. 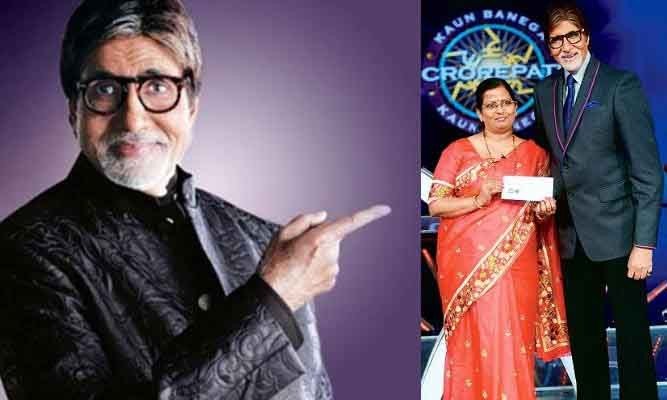 Megha Patil is a housewife survived from cancer and she won Rs. 1 crore in season 8 of KBC in 2014. Megha used the prize money on her children’s education and paid hospital bills in full. Currently, the housewife returned to normal life and focusing on her children future. 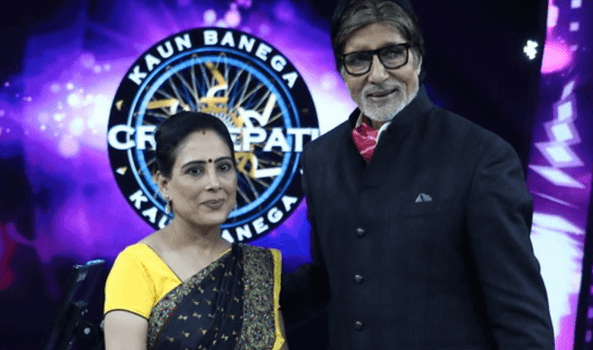 The 9th season of Amitabh Bachchan’s KBC got it’s first crorepati in the form of Anamika Majumdar. The homemaker and NGO worker from Jamshedpur is a commerce graduate and runs her own NGO called ‘Faith in India’. 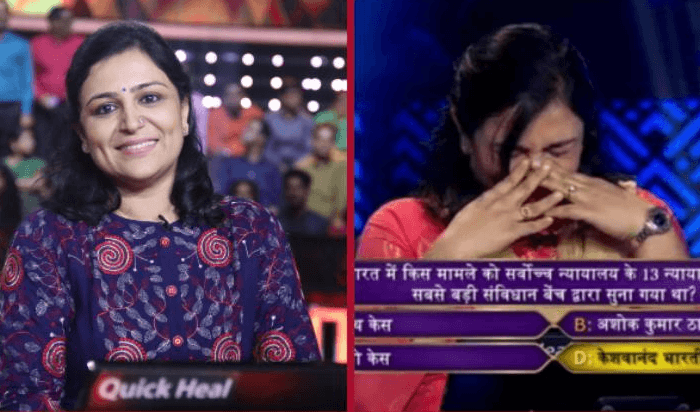 Binita Jain, the winner of Kaun Banega Crorepati 10. She won Rs. 1 crore, she was also gifted a Mahindra Marazzo. 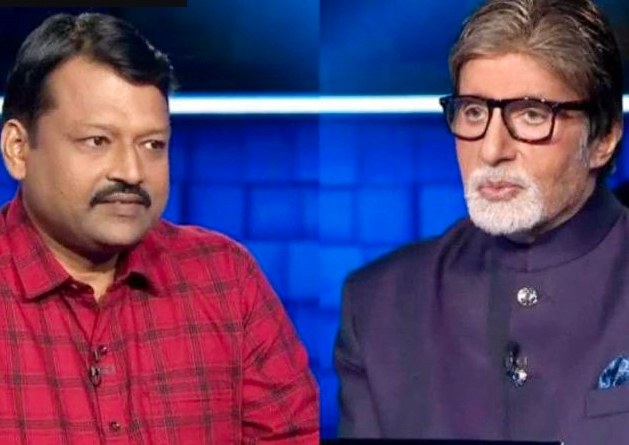 Ajeet Kumar from Bihar became the 4th contestant to win Rs. 1 crore on the show Kaun Banega Crorepati Season 11. However, he could not win the ultimate prize money of Rs. 7 crore as he chose to quit after winning a crore.

KBC hosted by Mr. Amitabh Bachchan from season one, and the show tried a different host Shahrukh Khan. However, the ratings did not help the show at all because Shahrukh could not attract a mature audience. The supremacy & attitude of Mr. Bachchan replaced SRK, and he is the host of the show to this day.