Lava Xolo Q600S review, The Indian budget smartphone market is swarming with new releases and the handsets seem to engage in close fights with each other. Another Moto E rival has come up in the form of the new Lava Xolo Q600S. The Xolo series has a number of good sellers below the Rs. 10,000 bracket. This handset with the latest Android KitKat OS has entered the current cutthroat competition. Let us take a quick look at the Xolo Q600s to find what it has to offer to the budget smartphone lovers. 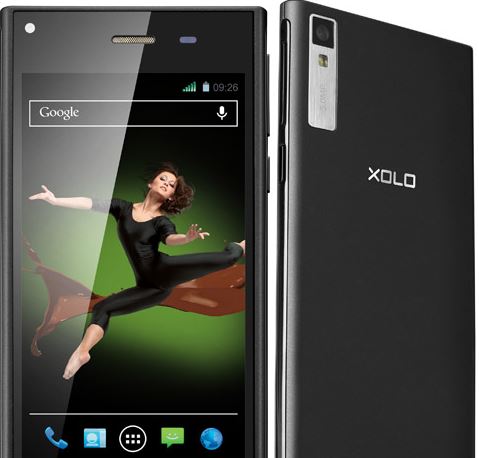 The Xolo Q600s features a 1.2 GHz quad core processor which is powered by a good 1 GB RAM. Being a budget phone, these specs are expected to offer ample good performance. The chipset is still unspecified, but is mentioned to have the capability to run full HD videos.

The handset runs on latest Android OS version 4.4 also known as KitKat which is much more sophisticated than the previous Android version. The company does not promise software updates, which is reasonable at its price point.

The Lava Xolo Q600s comes with a good 4.5 Inch display with a screen resolution of 960 x 540 pixels and the pixel density of 245 PPI. The screen is expected to offer clear and crisp display and is so far the only true rival of Moto E in terms of display quality. However, things also depend on color reproduction which is still undetermined.

In spite of being a budget phone, the Xolo Q600s features a good 5 MP primary camera along with a LED flash in keeping with market competition. The primary/rear camera also has HD video recording capabilities. It also packs in a VGA front camera to offer basic selfie taking and video calling capabilities. The camera is expected to offer fairly good images as per the standards of a budget phone.

The new Lava Xolo Q600s gets its power from a 2000mAh battery pack. The company claims the phone to offer 400 hours of standby time, talk time of up to 11 hours and Music playback time of a massive 47.6 hour, which seems to be really incredible for an average budget phone.

The handset comes with standard internal storage space of a good 4GB, plus the phone offers the flexibility to expand the memory to up to 64 GB with the help of MicroSD card. The internal storage is also as per the standards of its price point.

As the phone comes with the memory expansion support of up to 64 GB, it is ahead of some of its market rivals and is a good choice for those budget phone lovers who have special inclinations for big memory space. This device also comes with USB OTG.

The device is sleek and nicely designed with just 7.9mm thickness and weighs just 115gm. Its Dual SIM support function is also an added plus.

The Xolo Q600s seems to be really impressive with its overall specifications. The device can be purchased through online retailers starting at Rs. 7,499.

About Author – The Author have great interest in writing article on Technology and Handset reviews, currently he is working with 91mobiles.