Home » Apple » Is MacKeeper A Virus? See The Facts of MacKeeper!

Is MacKeeper A Virus?

Over the recent weeks and months, you may have encountered some of the rumours surrounding a Mac cleaning software package known as MacKeeper.

MacKeeper has become one of the most misunderstood and subsequently controversial Mac programs of recent times, with countless tirades against it littering Mac community forums. What’s really going on? 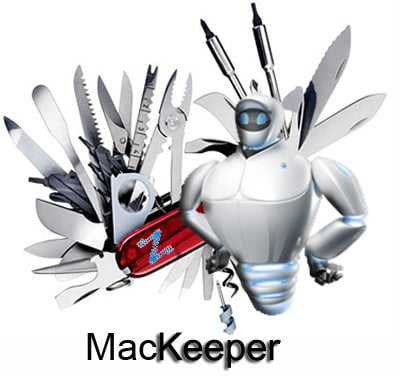 Until recently, antivirus protection wasn’t really something Mac users needed to devote much time to. Compared to Windows machines, the number of viruses / malware programs in existence that targeted Macs was practically negligible. As such, there was a prevailing view within the blogosphere that anyone marketing or selling antivirus software for Mac was automatically guilty of scamming, or producing malware under the guise of something beneficial.

The truth is with more and more people buying Macs, there is a now a significant and profitable market for malware producers to aim at, and many of them are slowly waking up to this. Whilst there are as of yet no verified examples of viruses infecting Macs, other forms of malware such as Trojans, spyware and phishing traps are already having an effect. Furthermore, it is technically possible to code viruses for Macs, which means it’s only a matter of time until someone does.

All of this means that the production of antivirus software for Macs is a legitimate pursuit, and you shouldn’t write off companies that are trying to do it without first seeing for yourself what the fuss is about.

As of May 2nd 2011, a rogue malware program was identified under the name of “MacDefender”, alternatively MacShield, MacGuard, Mac Security and Mac Guard. This program masqueraded as antivirus software but was in fact a malicious attempt to access information on and manipulate the functionality of Mac machines.

As you’ve probably noticed, one or two of this program’s aliases happens to be very similar to MacKeeper, which is genuine antivirus software. The similarities have led to a lot of confusion, with many users logging onto forums and rightly registering complaints and warnings in relation to the misleading MacDefender but accidentally referring to it as MacKeeper.

MacKeeper’s developers, Zeobit have reported in excess of 15,000,000 downloads with a refund rate of under 3%. Naturally this kind of success has attracted some jealousy, and a number of their competitors have begun producing black PR campaigns aimed at slandering the software, even as they act to replicate it for their own gain.

One of the main mediums used for these attacks was Google Adds, and the culprits have since been suspended for violation of Google’s account user terms. Whist the production of new black propaganda has since been halted, the damage in many respects has already been done – the misinformation is already out there and is constantly being re tweeted, reblogged and linked to by misguided Mac users in tech support forums.

Some of Zeobit’s affiliate companies have engaged in overly aggressive ad campaigns or shady conduct in relation to the sale of the software. Whilst Zeobit have since broken ties with anyone, they’ve found to be behaving undesirably, their actions have understandably brought the MacKeeper name into disrepute.

Despite all the controversy, pretty much every professional Mac software reviewer or tester who has tried the software has released glowing reviews. The software does as it’s intended to do, i.e. rid your Mac of dormant / useless files to speed it up, help you maintain your machine at maximum efficiency and protect it against malicious content. There are no verified or genuine reports of the software doing any harm to Macs. What’s more, professional reviewers like Macworld and TUAW dismiss reports that it slows your machine down by sapping valuable processing power.

The truth then is that MacKeeper is not a virus; it is a genuine and highly effective means of protecting your Mac against viruses and other threats. Some may still consider this kind of software to be overkill in an age where common sense can still go a long way towards keeping your treasured Mac safe, but for others no amount of protection can ever be enough. As long as you take care to ensure that you are downloading the true MacKeeper and not an imposter, there is nothing to fear from this product.

MacPing.com is the ultimate website where you can find everything you need to know about how to care, optimize and make the most out of your MAC. You can find information on how to speed up your Mac, different must-have software that works best, secrets on how to boost Mac performance, and many more. Come and visit us today!