Home » Gaming » 3 Most Important Things to Know When Playing Euchre

Euchre is typically enjoyed among friends and families, and most times, cheating is considered a fun way to make the game more competitive.

While cheating in games that involve money is not right (people will yell at you for it), there are some tricks that you or your opponents could get away with. 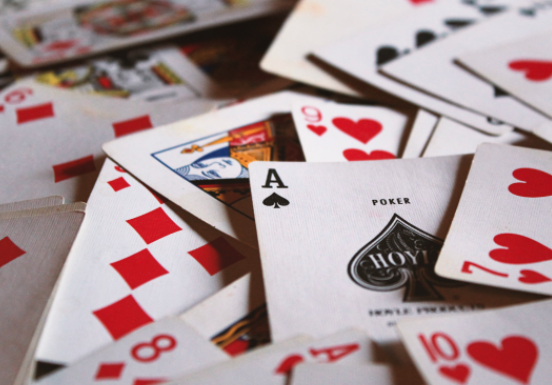 Here are three cheating methods to know when playing Euchre.

Stealing the deal is one of Euchre’s most common cheating methods, and for good reason. Players don’t need any skills or practice to pull it off.

The dealing team gets their hands on an extra trump card in most games, giving them an advantage when you deal cards. Furthermore, the dealer changes clockwise after every round.

The idea of this cheating method is that the players can sneakily begin dealing cards even when it’s not their turn. As long as the player finishes dealing the cards before the other players notice, the dealing team will have an advantage with the extra trump card.

To make this work, it’s important for you not to call attention to yourself when you’re dealing the cards. If you dealt cards in the last round, it’s a good idea to gather the cards and hand them to your partner. This way, other players are less likely to notice that your team dealt the cards twice in a row.

Besides getting your hands on the extra trump card, sneakily becoming the dealer gives you access to the cards, allowing you to use other cheating methods.

When you become the dealer, you can secretly deal an extra card to yourself or your teammate. Doing this will leave three cards in the kitty.

Pulling this off is easier in Euchre than in other card games since, conventionally, all cards are dealt after two rounds. Furthermore, traditionally, cards are dealt in pairs and triplets, making it easier to conceal an extra card in your or your partner’s hand.

The simplest way to do it is to line up the cards so the three cards look like two. You could also do this by dealing three cards twice if the opponents are not paying attention.

Pulling this off is challenging since players tend to be suspicious of the dealer in Euchre. For this reason, most Euchre cheaters do not deal the extra card to themselves and prefer to give it to their partner.

In this way, even if the other players have a close eye on the dealer’s hand, they will only see five cards. The partner should be able to get away with having the extra card scot-free.

After the play is complete, the extra card will need to be gotten rid of sneakily. The best approach is to hide the card in the middle of a trick when collecting the cards on the table.

Not doing this correctly will result in the card getting stuck in your or your partner’s hand, making it easy for the other players to catch you cheating.

It’s best to avoid table talk and prevent the opponents from spreading out the kitty since they’ll find only three cards, exposing your cheating.

Instead of serving yourself or your teammate an extra card, in the double draw trick, the dealer can pick up two cards rather than one when picking up the trump card. If you’re able to pull this off by keeping the cards together, the other team will never find out that you have seven cards and not six.

The additional card opens up options and gives you the edge you may need to win the game. However, like in the cheating method above, the extra card will need to be disposed of before the round ends. The way to do it is to hide the card in the trick you or your teammate takes.

Another way to do it is to get rid of the card when you become the dealer by placing two cards on top of the kitty facing downwards instead of one card. Doing it this way will also make it easier for you to create a void in your hand, giving you an advantage and possibly winning you an extra trick.

There are several standard card deck cheating methods, such as dealing from the bottom and marking the deck that you could use when playing Euchre.

That said, the methods above are more acceptable in Euchre since they’re not as extreme as marking the cards just to win a friendly game.

With a bit of practice, you will be able to use these tricks and spot them in friendly Euchre games.