If there’s one thing you can count on Rockstar Games for, other than stellar story and amazing voice acting of course, it’s Easter Eggs. Tons and tons of Easter Eggs.

Even now internet detectives are completely sure if they’ve excavated all the juicy nuggets of hat-tips and down right myths. Will we ever get an actual Bigfoot in Los Santos? Are we sure Ghost Cars in San Andreas are just a bug? 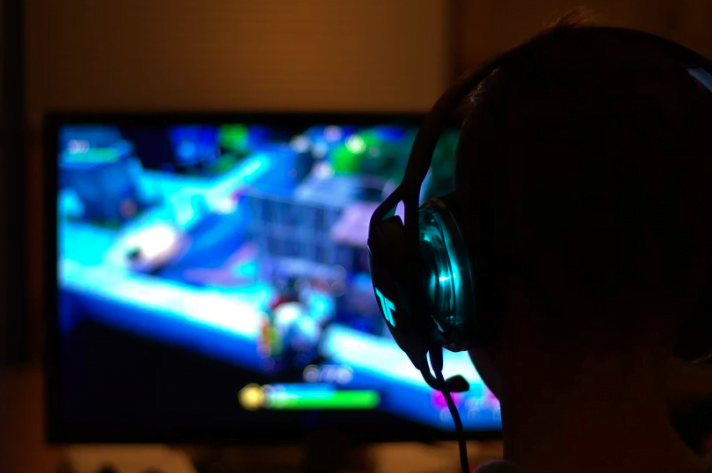 Haven’t played the whole GTA franchise yet? We recommend you checking out Gamecamp where you can find the cheapest prices for all of the Rockstar games that are available for sale.

Judging by the content in all the games they’ve made over the years, Rockstar definitely has a sense of humour, and they’re not afraid to call someone out or hurl a thinly-veiled insult around. Most of the time they’re just responding to a joke someone made at their expense.

But when you go after one of the biggest video game developers on the planet, be prepared for a rebuttal.

Grand Theft Auto: San Andreas did an incredible job of recreating the environment of Los Angeles in the 1990s, with rap and hip-hop music growing in mainstream popularity and gang culture being a factor in many communities.

When looking for an actor to provide the voice of the game’s protagonist Carl “CJ” Johnson, one potential suitor Rockstar approached was rapper Jeffrey “Ja Rule” Atkins.

It’s never been completely confirmed, but the widely believed story is that Ja Rule turned down the opportunity to work on the game in somewhat of a disrespectful manner. In retribution, Rockstar adapted the then character of MC Strap into OG Loc as a more or less direct mockery of Ja Rule.

Similarities that everyone points to that reaffirm this is their shared real first name, and the parallel of OG Loc stealing lyrics from fictional in-game music star Madd Dogg, with Rule accused of being involved in a likewise situation with hip hop artist DMX.

Loc is constantly berated and put down by other gang members, and is often cited as being a pretender, his vocal and lyrical ability being weak, and only promoted by Big Smoke as a way of laundering his drug money.

CJ was eventually voiced by the rap artist Young Maylay, who has his own issues with Rockstar.

During the years that the Driver series existed, there constant references, insults and middle fingers being thrown up by both sides, with Rockstar and Ubisoft Reflections tucking away numerous hidden slights in their respective games, each taking a sly (or sometimes blatant) jab at the other.

Both Driver and Driver 2actually came out before GTA III even hit the shelves in 2001, so in this case it was Rockstar who kicked off this feud.

In the mission “Two-Faced Tanner”, the player has to get rid of an undercover cop called Tanner, an obvious reference to the Driver protagonist John Tanner, and the NPC was given the female run animation as a way of making fun of the weird running animations seen in Driver 2.

Then in GTA Vice City, Dick Tanner was one of Tommy Vercetti’s targets (along with a few others) in the missions “Autocide”, followed up by another shot fired in GTA: San Andreas when a character in the mission “Madd Dogg’s Rhymes” plays a video game and says “This sucks! I mean, how could Refractions mess this up so bad? Tanner, you suck ass!”

Driver 3 (DRIV3R) yielded a reply with the character Timmy Vermicelli, a pedestrian with a bright Hawaiian shirt like the one Tommy Vercetti originally wears in Vice City and sports water wings, a mocking reference to the GTA character’s inability to swim.

In all fairness to Rockstar, in almost all of these examples, they were never the ones who cast the first stone. Nearly every time they’ve mocked or made fun of someone or something, it was in response to something that was done or said to them first.

Now I actually had both of the games True Crime: Streets of LA and GTA Vice City when I was younger, and I remember one being really good, having funny characters and storyline dialogue, and just in general as a fun and memorable open-world experience. And the other one was True Crime.

The game felt rushed, it was very awkward to control the main character and I distinctly recall the driving as, just, awful.

My own bias aside, TC: SoLA took a hefty swing at the big kid in the playground by having in-game advertisements for a company called “Jockstrap”, their logo a black “J” next to a purple star, with a guy in a thong perched next to it. In Rockstar’s world, those are fighting words.

In GTA Vice City, Tommy has to hunt down several targets in the mission “Autocide”, all of which are references to other video game characters, one of which is “Nick Kong”, a parody of the playable TC: SoLA character, Nick Kang.

Then with the release of GTA: San Andreas, one could find the game “littered” with billboards for “True Grime Street Cleaners”, a garbage removal service that promised to “get rid of old rubbish, fast!”

To put it bluntly, there’s a reason they’re not making any new True Crime games.

After the gargantuan success of GTA III, the horizons were expanded in terms of options and budget for the Miami Vice inspired sequel, Grand Theft Auto Vice City.

The previous instalment was no slouch on the vocal front by any means. Crime movie aficionados like Frank Vincent and Michael Madsen did fine work in their roles.

However, a bigger wallet meant Sam and Dan Houser went after bigger names, some of which we’re artistic heroes of theirs, the two most notable being lead man Ray Liotta as Tommy Vercetti and the Bandit himself, Burt Reynolds as the cowboy builder Avery Carrington.

Ray Liotta made his views known in various interviews after the game’s release, and rather than outright naming or shaming him in their video game domain, Rockstar have merely left fan favourite character Tommy Vercetti in the annals of the chronology.

Reynolds on the other hand butted heads big time with Dan Houser during his recording sessions, so much so that Reynolds’ character (Carrington) made a very undignified return in Grand Theft Auto: Liberty City Stories.

In the mission, “Panlantic Land Grab” Toni intercepts Carrington when he leaves the airport and takes him out. In the following mission “Morgue Party Resurrection” his former protégé Donald Love mutilates and feasts on his corpse, which is semi-revealed in the ambulance driven by the player. A humiliating exit to say the least.

There’s a very good reason Reynolds was not asked to reprise his role as the crooked property developer. According to accounts in the book Jacked: The Outlaw Story of Grand Theft Auto, he was a royal pain to work with. And if you cross Rockstar, they’ll put you on blast.

In the GTA IV-era Liberty City, the Statue of Happiness is a beacon of hope and a symbol of freedom for all who enter via the port of one of America’s worst cities. Take a look at her eternally smiling face and you might notice that she bears a resemblance to a well-known female politician…

With her beaming smile and large eyes that start to become uncomfortably creepy after a little while, her face and features look a lot like former presidential candidate and United States secretary of state Hillary Clinton.

Another huge nod at this being the woman herself is that the Statue is holding a cup of “hot coffee”, something Clinton has a history with.

Without completely covering old ground, when the whole Hot Coffee mod came to be known among the general population, Hillary Clinton was the main name knocking on the door of the Federal Trade Commission to look into the adult-themed minigame and save the young minds of impressionable children.

To thank her for igniting a crusade against their game, Rockstar gave her an entire monument to immortalize her. Also if you want any more proof it’s meant to be Clinton, the name of the model in the game files is called “stat_hilberty01.wdr”.