Shilpa Shinde is a very well-known public figure, who has been in the industry for 19 years. She has appeared in several shows, and she is also the one who has starred in many comedy shows, which has given her a name in the industry. 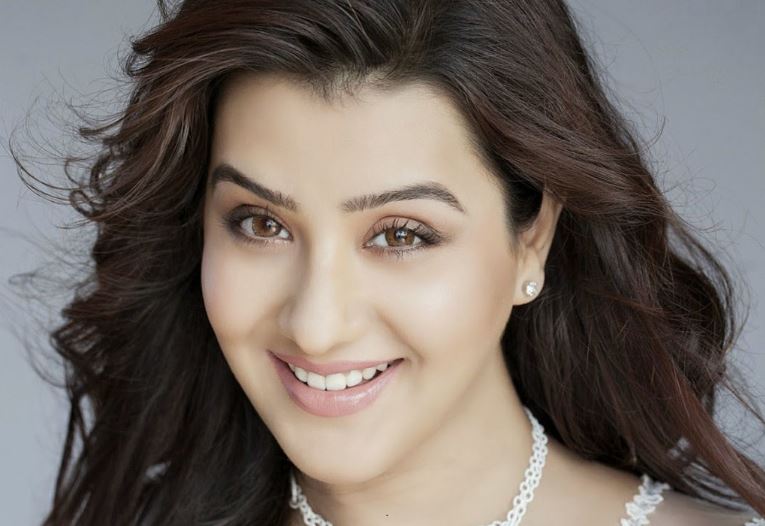 However, not many people know much about her personality and her life because of the life she is leading.

Shilpa was born on 1977, August 28. Currently, she is 40 years old. She was born and grown in Mumbai, Maharashtra.

Shilpa Shinde has one older brother, who have supported her all of her life and she is currently unmarried.

She has completed her schooling and did Psychology in Mumbai itself. After spending so many years in the entertainment field, she has not found her soulmate to this date.

Though she has dated her co-star from the show “Maat Pitaah Ke Charnon Mein Swarg.” which aired in 2008. 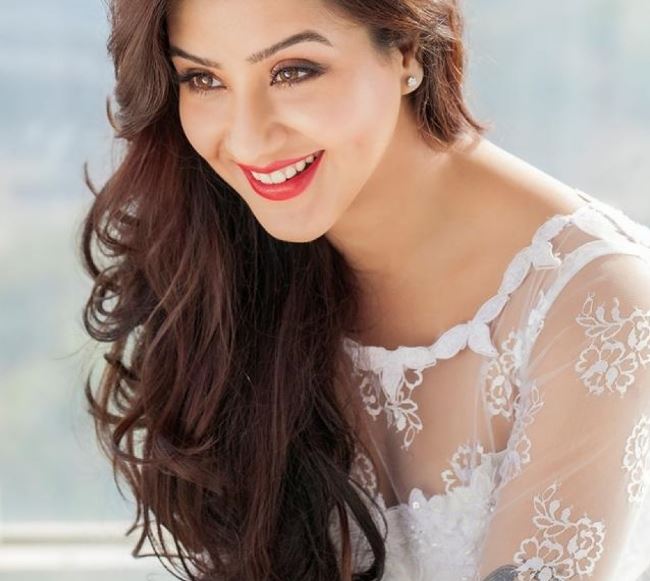 However, her relationship with Romit has come to an end with an interesting twist.

But she did get the attention she deserved from the audience after her show went hit back in 2014. Until then she was a struggling star in the television industry.

Shilpa started her career in 1999, she gave many auditions in the year of 1999, after trying so many months she finally got her first role as a negative character in a reality show called Bhabhi.

Bhabhi 1999 – 08: She played the role of Manju, which is a negative character. The show aired on Star Plus, and she got a lot of attention from the television industry. She did not play the role for very long, but it was a good start for her.

Kabhi Aaye Na Judaai 2001 – 03: In her second show, she signed another show where she has played a supporting role character for a short period. The show aired on Star Plus.

Sanjivani (TV series) 2002 – 03: Shilpa offered another show in Star Plus, where she played the role of Chitra, who was in love with Dr. Omi Joshi. It wasn’t a major role for her, but it did work out for her at that time.

Amrapali (TV series) 2002: Finally, she got a lead role, but it ended after shooting 22 episodes with the crew. According to the sources, there have been differences between her and the makers of the show. Later she got replaced. The show aired on DD National.

Miss India 2004: DD National producer offered a show for her, where she has to play the role of Sanjana Gujral, but it did not do well on the screen, so it was shut-down after few months.

Meher (TV series) 2004 – 06: Meher is a leading role in the show, she has played as a second Meher. The show did connect with the audience, which aired on DD National. The interesting part is that after Meher, she got many offers from mainstream channels.

Hatim (TV series) 2004: A popular Indian show, where Shinde has played the role of Shakila, which is a negative role.

Rabba Ishq Na Hove 2005 – 06: After spending years in the industry, she got another role from Star Plus show, which aired between 2005 to 06, where she played the role of Juhi. Financially she was very stable by then and need not worry about the pay.

Waaris 2008-09: She played the supporting role in Waaris as Gayatri. The show did not do well and did not connect with the audience, so it went off-air within a year.

Maayka 2007-08: On ZEE TV, another show is offered to her, she played the role of Soni Khurana in Maayka. The show did well on the screen, but the story ended within a year.

Absence between 2009 – 2011: For personal or professional, she calls it quits for a couple of years.

Chidiya Ghar 2011 – 14: The role of Koyal Ghotak Narayan, she became popular for this role. She got recognition from Chidiya Ghar, and people started to know her from this show. 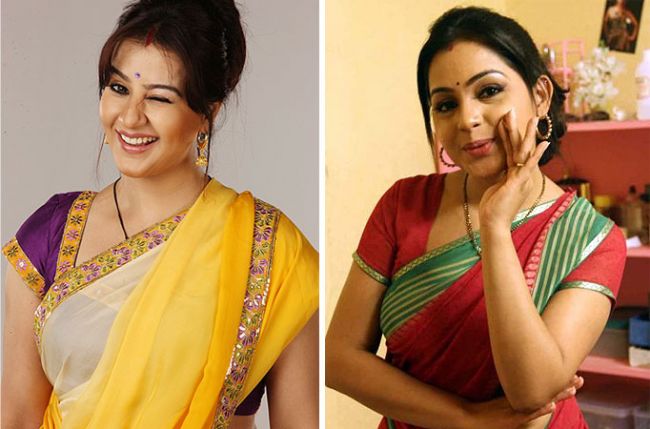 Do Dil Ek Jaan 2013 – 14: She played the role of Daya Maayi, which is a supporting role. The show aired on Life Ok, but the show failed did not make any sense to the audience, so it went off-air.

Mahadev 2013 – 14: Shilpa got a role in a popular show aired on Life Ok, she entertained the people under the name of Mahananda.

Lapataganj 2013 – 14: A very popular show aired on Sab TV, she became part of the show with the name of Miss Mary. This show has helped her gained a lot of popularity and also helped her get the next role.

Bhabhi Ji Ghar Par Hai! 2015 – 16: &TV popular show, Shilpa got the role of Angoori Bhabhi which has given her the fame and name she needed the most. She made a lot of money and popularity from the show. However, she had to leave the show because of the differences with the makers. 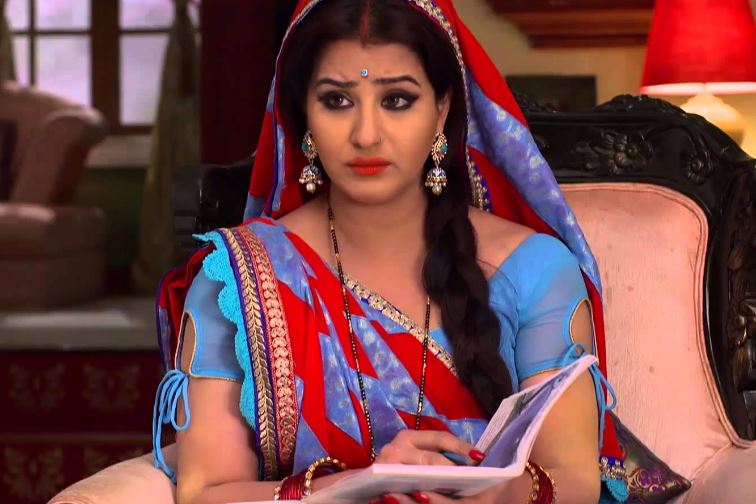 Bigg Boss 2017 – 18: After her fame from the &TV show, she got a major offer from the controversial show Bigg Boss 11 hosted by Salman Khan and aired on Colors channel. 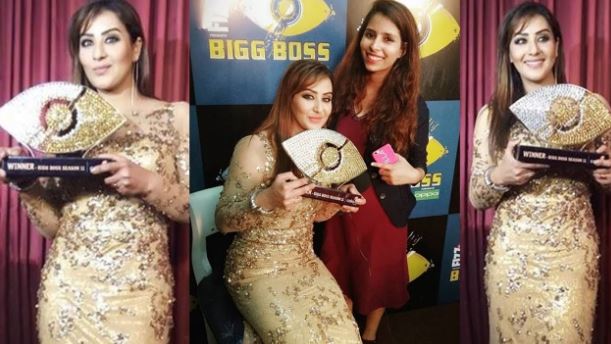 Shilpa Shinde has said to be the Winner of the Bigg Boss season 11.

The story begins with her love affair with Romit, whom she was in love, and they were very serious. 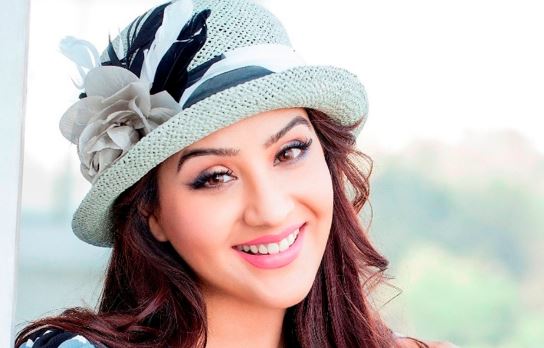 She got engaged, then set for getting married. The wedding bells were ready, cards released, and the wedding got canceled for personal reasons.

The second controversy started when she started to have differences between makers of “Bhabhi Ji Ghar Par Hai!,” she left the show after one year.