Home » Health & Fitness » Should You Quit Treating Depression With Pills?

Major Depressive Disorder (MDD) is a debilitating mental health condition requiring treatment. Medication is often the preferred treatment regimen for anxiety disorders and depressive disorders, but it’s not the only available option.

This mental health disorder is characterized by intense and persistent feelings of sadness, despair, and hopelessness. Depression is not an emotion like sadness – it’s a state of mind that manifests mentally and physically. 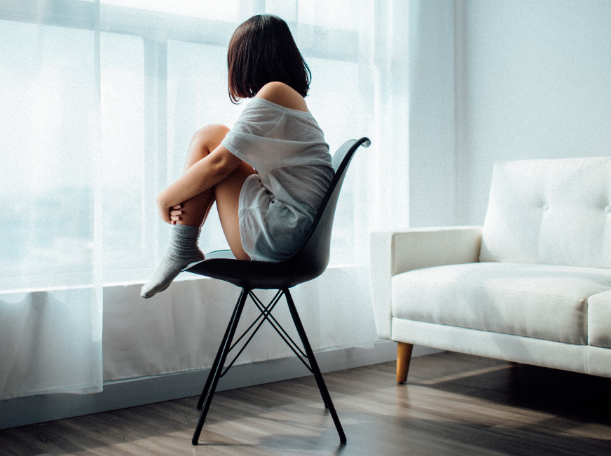 Once a diagnosis of depression is confirmed, a medical professional can begin to formulate the best possible treatment plan. Antidepressants factor into the equation as a viable treatment for many depressive disorders and mental health conditions.

There are many different types of antidepressant medications, but not all have the desired effect on patients. Antidepressants work by balancing chemical levels in the brain, a.k.a. the neurotransmitters responsible for communication between neurons.

Norepinephrine, serotonin, and dopamine are the primary chemicals used by neurons to communicate in the brain. When these levels are low, this is synonymous with an increased likelihood of depression. The efficacy of antidepressant medication varies widely from patient to patient.

There is no gold standard, but there are specific categories of antidepressants and their respective brands which are widely prescribed. Doctors and other medical health officials evaluate an individual’s symptoms before prescribing antidepressants.

How to Know Which Antidepressants Are Best for You?

There is no quick answer to this question. If an individual suffers from depression and has been treated with an antidepressant previously, a doctor may prescribe the previous medication to that patient. There are many different classes of antidepressant medication.

Every medication has its pros and cons. Their efficacy in treating depression often comes at the expense of mild, moderate, or severe side effects.

Most patients experiencing Generalized Anxiety Disorder (GAD) or Major Depressive Disorder (MDD) tend to do well with a cocktail of treatments. This includes a wide range of options such as medication, therapy, peer support, physical well-being, and a game-changing nonsurgical option known as TMS for depression.

Many people with depression understand that there are generally two treatment options available: surgical and nonsurgical. The nonsurgical options are preferred for obvious reasons. They are safer, noninvasive, and largely effective. Transcranial magnetic stimulation (TMS) is a non-surgical, noninvasive procedure available to patients.

It uses magnetic stimulation housed in a device to target nerve cells in the brain with magnetic pulses. Traditional TMS stimulates neural activity in the brain, thereby easing symptoms of depression. The resultant improvement in mood occurs over time.

Transcranial magnetic stimulation is administered when other treatments are minimally effective. For example, major depressive disorder generally does not respond favorably to antidepressants and therapy. In such cases, doctors may refer patients for TMS for depression.

Since this is a noninvasive form of treatment, there is no implantation of electrodes or surgical procedures. Other invasive options, such as ECT (electroconvulsive therapy) require anesthesia and cause seizures in patients. This is not the case with TMS. No sedation is needed.

Like other treatments, TMS has also been upgraded over the years. However, an advanced form of this treatment is known as Deep TMS™.

Deep transcranial magnetic stimulation, developed by BrainsWay, is an FDA-cleared treatment option for major depressive disorder and anxious depression. It is also approved for use (CE Marked) in neurological and psychiatric conditions in Europe.

Unlike traditional TMS, which utilizes a Figure-8 Coil, Deep TMS™ uses an H-Coil. This allows for wider coverage, deeper coverage, and more effective treatment of problematic neural activity in the brain. It also means that Deep TMS™ offers treatment for other mental health disorders such as OCD.

Since the magnetic stimulation goes deeper, it is more effective at maintaining its intensity to treat symptoms of depression. Yet it does so without causing additional or unnecessary risks to the patient.

There may be a slight tingling or headache while administered treatment, but it rapidly passes after treatment with no long-term effects. In addition, given the unique design of the H-Coil helmet, Deep TMS™ does not require treatment using extensive neuro-navigation medical paraphernalia.

Various studies have been conducted vis-à-vis Deep TMS, and one such study in 2015 was published in world psychiatry. According to the study results, some 80% of patients experienced an improvement, a.k.a. a response, during the continuation phase of Deep TMS.

Some 1000 participants in the study underwent treatment with this method for Major Depressive Disorder (MDD). 750+ of them had a clinical response, with 50% achieving remission of their symptoms of depression.

[https://www.brainsway.com/patients-faqs/what-evidence-exists-for-deep-tms-effectiveness/] Like several other alternative treatments, Deep TMS can be combined with therapy and medication for maximum effectiveness.
Spread the love