Smriti Zubin Irani was previously known as Smriti Malhotra, who is born on 23 March in 1977. She is known for her work in the entertainment field, where she has become part of a spectacular reality show aired on Star Plus. 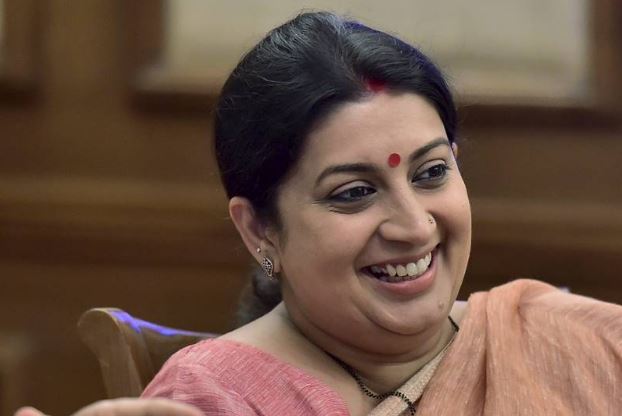 Smriti Irani belongs to the family of Bengali mother and a Punjabi father, who have supported her throughout the years. She completed her schooling at Holy Child Auxilium School, which located in New Delhi.

Her highest qualification is B.Com 1st Year. Smriti has not completed her education because she was pursuing a career. She did not make any mistake if you consider her success from the show.

She started to participate in different beauty contests, where she was the finalist of Miss India beauty pageant. To survive in the state on her own, she started to work for McDonald’s as a helper.

Ajay Kumar Malhotra is the father of Smriti, who was never happy with her decisions of becoming part of the entertainment biz.

She admitted that she had a tough time convincing her father’s permission.

Smriti Irani finally found her soul mate, who was already married once and also had a child named Shanelle, who was named by none but Shahrukh Khan. 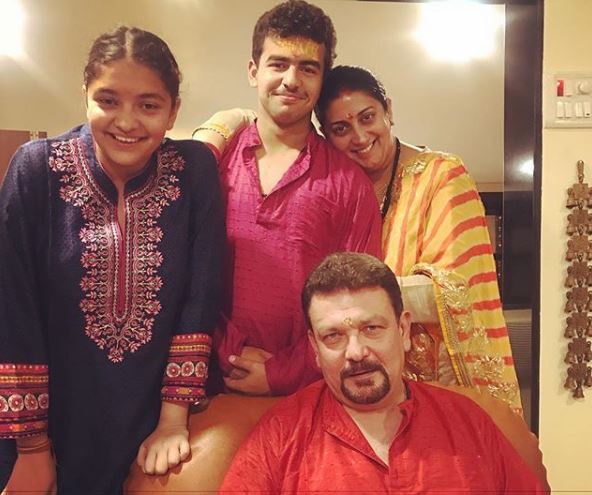 As we have mentioned that Irani has a step-daughter named Shanelle Irani.

In the year of 2000, the hard working lady got her debut show on Star Plus with Aatish and Hum Hain Kal Aaj Aur Kal, which became a light beacon that has helped her rise to fame.

She used it well and finally got an offer from Ekta Kapoor’s production for Kyunki Saas Bhi Kabhi Bahu Thi on Star Plus; she became the main lead of the show. 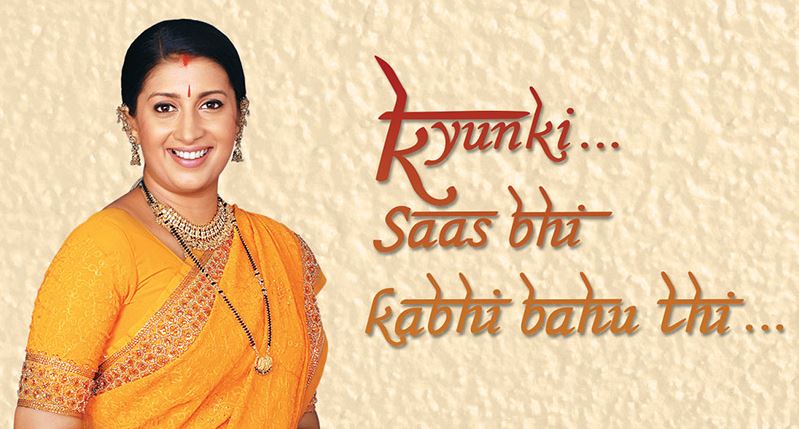 The show business was already going on, and she was rising to her fame.

She became very active after 2010 in Politics, where she has achieved a lot of things. However, before 2010 she has taken part in many shows and theaters which gave her the boost she needed.

She took part in more than thirteen shows in total, some of them never aired due to production reasons. One of her biggest hit is Kyunki Saas Bhi Kabhi Bahu Thi.

She has very good ties with Ekta kapoor, who helped her get mre projects, which mainly airs on Star Network.

She was part of six theatres, where four of them were based on Gujurati, one telugu, and lastly Hindi.

She has been part of only three movies during her career but never played any lead role.

She did got many offers from various producers to work in their movies but rejected them. Smriti said that movie scripts and budget were not upto mark. 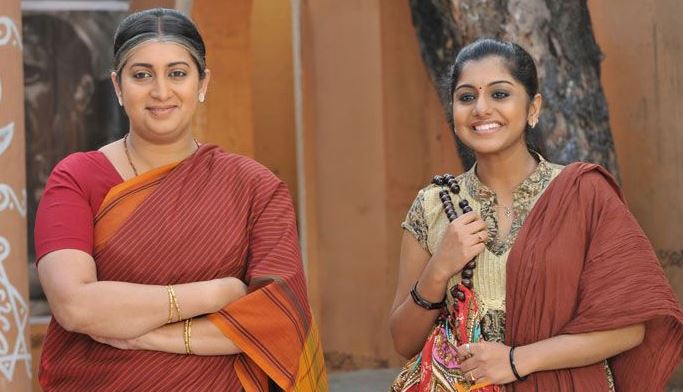 Ultimately, the BJP knocked the doors, which she answered. Irani joined BJP in the year of 2003, and by the end of the year of 2004, Irani was the Vice-president of the Maharashtra youth wing. 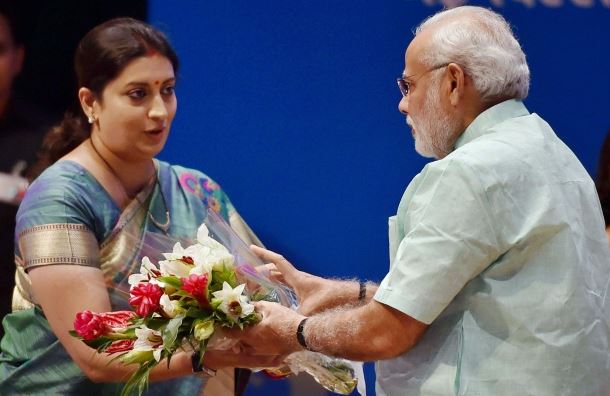 However, she was unsuccessful in the 2004 general elections, where she lost to Kapil Sibal.

She has dedicated several years working for the BJP, and she finally got appointed as national secretary of BJP Mahila Morcha. This has happened in the year of June 24, 2010.

Following the very next year, August 2011, she got a seat in the parliament from Gujrat Rajya Sabha.

In the year of 2014, where BJP was preparing to retire Congress and take over the country as their leader, Smriti was going against Amethi constituency of Uttar Pradesh.

The Gandhi’s were able to win against her with 12.32% margins, but Prime Minister Modi has appointed her to take care of the Human Resources development cabinet. Irani is the youngest member of the Modi’s cabinet.

However, India did not accept her as the HR development minister because she lacks higher qualifications, she dropped out of the college.

A self-proclaimed RSS follower Visham Jamdar, who is also a regional Sangh Parivar leader, who is now the Chairman of Visvesvaraya National Institute of Technology, Nagpur. A lot of people have accused Irani of the promotion.

Rohith Vemula who have suicided at the University of Hyderabad, she has raised the subject in the Parliament which discussed, but the Doctor M Rajashree have raised claims regarding the Rohits circumstances.

She is the minister of education, who have also added six Yoga departments in the Universities.

In the year of 2016, the position of human resources development has taken away from her, then appointed her to Minister of Textiles. 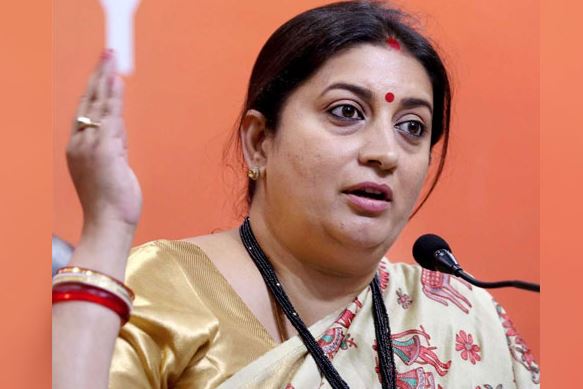 In July 2014, M.Venkaiah Naidu resigned from the Ministry of Information and Broadcasting to be part of the Vice-presidential elections, so Irani was handed over additional charge to her.

Smriti Irani has made a fortune in the entertainment industry as she was one of the highest paid actors in the Television. She is married to rich business person Zubin Irani, who has a fortune of himself. 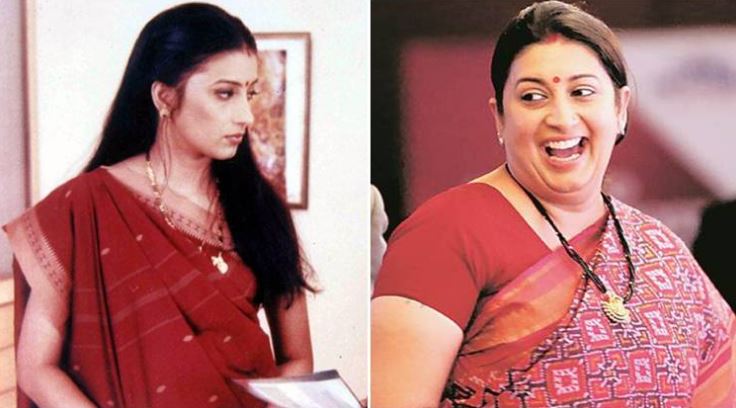 According to some sources, Irani is a model, producer, actor, and also a politician who makes more than $1.6 every year. Smriti Irani income has hiked to 18% in just few years of period.