You can’t have failed to notice that we are now part way the 2022 Winter Olympics. Teams from around the world have gathered in Beijing to try and take the crown in sports such as ice hockey, skiing, bobsledding, and skating.

Come the end of the Games, there will be those that return home as heroes while others will be nursing their disappointments. 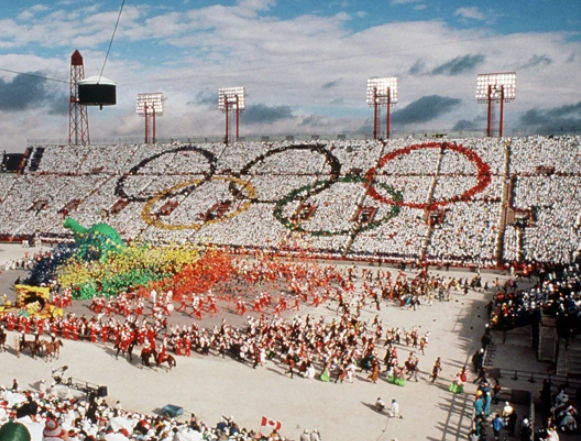 It is thanks to the Calgary Winter Olympics in 1988 that we even still have a Winter Olympics today. With it being on the verge of being scrapped, it was the organisers in Calgary that pulled out all of the stops and delivered something a little special.

Of course, the sportsmen and women played their part too! Here’s a look at the three teams that really stand out from 1988.

You can’t talk about the 1988 Calgary Games without at least one reference to the Jamaican bobsled team. This was the first time that a Jamaican team had made it to the Winter Olympics and simply adjusting to the low low temperatures was a major part of the challenges that they faced.

Ultimately, the Jamaican team was to finish last, but their appearance, and performance, saw them making history. It was a fourth crash that saw the team being disqualified as the team then picked up their bobsled and walked over the line. Founding team member Devon Harris told Betway, “I think the crash in the ’88 Games was the seventh for me that season. Every single one of them is a horrifying experience “.

Of course, everyone looks at the overall medal tally for a country when judging the Winter Olympics, but there is still room to consider individual performances too.

1988 saw the Finn, Matti Nykänen, perform to such a standard that it helped to seal his reputation as being one of the greatest skiers of all time. He took two golds himself, becoming the first Olympian to do so at a single Winter Games.

The two individual golds clearly weren’t enough for Nykänen. After securing these, he went on to lead the Finnish ski team to victory in the large hill event. Three golds from one Games saw Nykänen achieving legendary status.

1988 was, in fact, the Soviet Union’s best performance ever at a Winter Olympics in terms of the number of medals: the team managed to secure an impressive 27. In terms of gold medals, this was the team’s second-best performance with 13 being taken.

This had only been beaten at the Winter Games before. With the Soviet Union dominating cross country skiing, figure skating, and bobsleigh, it is impossible for them not to be seen as one of the best performers at these Games.