Home » Technology » The History of The Word “Hack”

The word ‘hack’ has become quite common these days. Increase in cyber-crimes makes its appearance quite frequent. This connotation has been propagated hugely by stylized movies on cyber-crimes and espionage.

However, there is more to ‘hack’ than computers, coding, and stealing of secrets. You will be surprised to know that the origin of the word dates to c.1200 and it used to mean something entirely different in those days!

A Short History of “Hack” 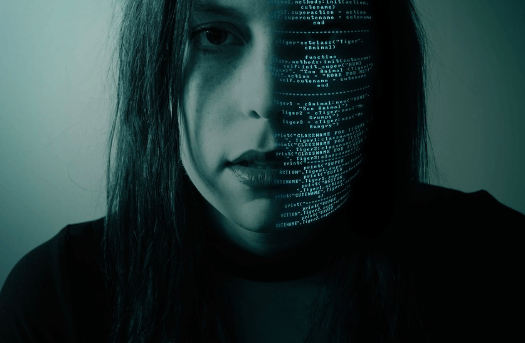 The word ‘hack’ is an old verb with its roots in Old English, Dutch, German and West Germanic language. Hack as a verb meant “to cut roughly into pieces with chopping blows.” The words from which it is derived are tohaccian, hakkon, hackia, hakken, hacchon, hacken, all having similar meaning.

However, with time, the meaning was modified to the recent one associated with criminal activity, especially with computers. Let’s go through the journey to see how something as basic as using an axe to chop roughly turned into the fine art of cyber-crime.

Over the next few centuries, the word adapted slightly; the action gave rise to a new meaning. The term ‘hack’ also meant a tool for chopping; with different European languages (Dutch, German) contributing to this new meaning. Now the word also meant a pickaxe, hatchet or hoe which helped in cutting anything to pieces.

By 1570, ‘hack’ also meant “a cut or notch” and according to details available, around 1836 it meant “an act of cutting.” The build-up to the existing meaning was gradual. In the 14th century, ‘hack’ was used as a term for “horse for hire.”

This was an extension from the earlier meaning (c.1300) a horse for riding or driving. Surprisingly, the 14th-century version also ended up providing a totally different meaning by the mid-16th century. By then hag was also used for a “broken-down nag” and even “prostitute” or a “drudge”; the last one was mostly used for writers who catered to public demand.

By the end of the 16th century, ‘hack’ also meant “make common by everyday use.” The association with horse continued further, And by 1700, it meant something akin to “carriage for hire” which can be related to the modern slang for “taxi/cab.”

By the beginning of the 19th century, ‘hack’ transformed again! It meant different things during different periods at probably different places. From something as innocuous as “doing things with difficulty” to a “hired mercenary” to “a short, hard cough” Hack was also used by women for parts of their dresses and things which were used daily by the mid-19th century.

The first report of the word meaning something figuratively like its current usage is in 1898 when ‘hack’ also meant “a try or an attempt.” By the mid-20th century, American English used ‘hack’ as slang for wasting time as well as something which requires efforts to get by or cope with.

When computers came into the picture, the word took an altogether different meaning. In 1955 at M.I.T., ‘hack’ was probably used for the 1st time in relation to messing with machines. At that time, it was associated with electrical equipment; however, by 1960s it meant computers.

It is pertinent to say that, this association became a long-term one. By 1984, ‘hack’ meant to enter a computer system illegally.

Once the association with the computer system began, there was no going back to its roots. ‘Hack’ became synonymous with breaking and entering into a computer. From the late 20th century to the beginning of the 21st century, it was associated with negative activities like breaking into networks (computer, telephone, and other similar systems). It was additionally fuelled by dramatization from the movie industry.

However, positive usage of the word is on the increase since then. Hackers have been divided into ‘black hat’ and ‘white hat’ depending on their inclination of hacking for their personal benefit or the benefit of the organization. The term ‘hack’ has given rise to other terms with positive meaning like “life hack” or “growth hacker.”

While the former is used to describe shortcuts used to increase productivity, especially among IT professionals; the latter is used for people contributing to scalable growth in start-ups. Must say, it has been a long journey for ‘hack’!

Infographic brought to you by Wrike project lifecycle management software.