When trading listed options, there are a few things you need to know about the Australian market. While these tips won’t make you an expert trader overnight, they should give you a head start and help you avoid common mistakes.

In Australia, shares can be bought and sold on stock exchanges like the Australian Securities Exchange (ASX).

Listed options use the same exchange, but instead of buying or selling shares directly from another investor or company, you enter into a contract to buy or sell those shares at a set future date for a set price, which is often referred to as ‘going long’ on a share. 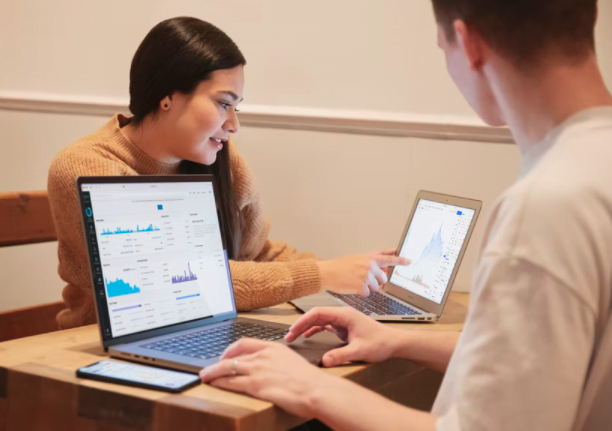 When selling options – known as ‘writing’ – you’re accepting a buyer’s offer to buy those shares at that date for that price. If the market shifts against you and your shares fall in value before option expiry, you’ll still be obliged to sell them at the strike price set when you wrote the option.

But options aren’t only used as an investment – you can also use them as a kind of bet on where the market is going.

When buying listed options – known as ‘going short’ – you’re speculating that the share price will drop before expiry, allowing you to repurchase it cheaper than it was when you sold (wrote) or bought (bought) the derivative contract. If this happens, you can make money just like with other investments.

There is no one way to make money

It’s important to realise that there isn’t just one way to make money when trading options. You could write call options in the belief the share price will drop, and it does, in which case you pocket a profit.

But if you wrote calls and expected the market to fall but it rises instead, your shares will be ‘called away’ or forced from you at expiry, and you’ll lose because your option expires out of the money (OTM). Similarly, an option bought on the rise won’t necessarily expire in profit if the market falls back by expiry.

Sell to open, buy to close

When you write or sell an option, you enter into a contract with the buyer. It gives you limited liability in Australia. If your shares are called away because of an OTM option expiry, the investor will have paid for them, but they remain yours until the settlement date.

Suppose your position is still open when it gets within 30 days of expiry. In that case, there’s a chance that another investor may write another put or call (depending on whether you’re long or short), and this would increase the likelihood of your shares being called away before expiry.

Options can be very high risk – and writing options even more so – because your potential liabilities are uncapped. Because of this, you have to comply with margin requirements.

The minimum margin requirement for writing covered calls is 30%, so if you write an option on 1000 shares, you’ll need to hold 300 in cash or government bonds before entering the contract. It can be pretty restrictive, so you should ensure your strategy is well thought out beforehand because it could cost very dearly if not.

Only invest capital that you’re prepared to lose

Margin requirements are there to safeguard investors from incurring too much risk – even though they’re unlikely to keep all your options open indefinitely. It’s up to individual investors how much money they want to use as margin, but high gearing without a clear exit plan could result in a hefty loss.

You can push margin higher if market conditions change or you enter into trades that are considered a higher risk, so it pays to be aware of this when considering your position sizes.

Watch out for early assignment

Writing options means you’re creating an obligation to sell the underlying share in the future at a set price, but if there’s not enough margin, then there’s no guarantee that they’ll remain open until expiry. It is called ‘being assigned’, where your shares are forcibly sold on or before expiry because you fall below the 30% minimum margin requirement.

It could leave you exposed to unlimited losses in some cases, so it’s best to ensure your strategy is sufficiently covered beforehand and adjust your position sizes accordingly to make sure you can’t be assigned unexpectedly.