As the first month of the New Year comes to an end, a series of exciting slot trends are starting to emerge. If previous years are anything to go by, we could very well see some of these trends lasting the entire year, and developers switching their focus to cater to these demands. 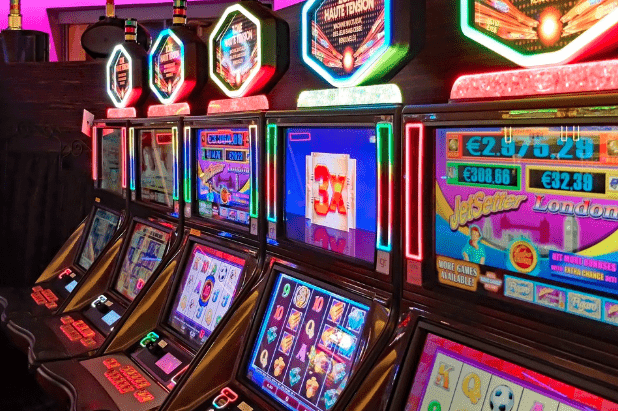 As 2020 starts to kick into gear, it may be time to have a look back at January and see which types of new slots seem to have caught the eye of players at casino sites.

The Return of Classic Slots

One month into 2020, the number of classic slots being launched is considerably higher than usual. Several top developers have unveiled classic slot and fruit machine variants.

Barcrest’s 7s on Fire made its debut in January, while the latest Mega Moolah slot (Atlantean Treasures) certainly has similarities with the retro slots of yesteryear.

Burning Hot 6 Reels has been unveiled by EGT, Grand Fruits was launched by Amatic Industries, it looks as those this trend is set to continue.

In February, Pragmatic Play’s Master Joker slot is set to debut, while Microgaming’s 3-reel Lucky Twins Jackpot is also scheduled for a February release. 2020, it seems, could be the year when developers and players alike rediscover a love for simple, classic slot gameplay.

Microgaming was one of the first major software providers to start working with smaller scale, fledgeling providers. Over the last few years, they have joined forces with understudies which include Electric Elephant, Fantasma Games, Triple Edge Studios and more. This partnership has seen a growth in the number of new games appearing on Microgaming’s Quickfire platform.

Already this month, Net Entertainment announced they would be entering into a partnership with Red Tiger Gaming, and we’ve already seen several Scientific Games-owned companies joining forces, such as WMS, Barcrest and BallyTech.

As casino giants come together to form powerful betting companies, it seems that software providers have the same idea in 2020.

A Continuation of the MegaWays Craze

If you thought that the bubble had burst on BTG’s gaming engine, you’d be wrong. MegaWays games are still going strong and arguably thriving.

At the same time, slots without the MegaWays format but still carrying thousands of paylines are also continuing to debut, with Yggdrasil’s Temple Stacks and Quickspin’s Wild Cauldron as proof.

This year is also shaping up to be the year of highly volatile slots. Towards the latter part of 2019, a large chunk of the new games being released featuring high variance gameplay.

Thus far, an overwhelming number of new games being unveiled by slot developers are continuing this trend. In fact, some are raising the stakes even higher. This can only mean that highly volatile slots are becoming increasingly popular with players at online casinos.

For those of you not in the know, a high variance or highly volatile slot is one which pays out far less frequently than you might expect but delivers considerable prizes when you do win. This contrasts with low variance games, which payout regularly, but with smaller-scale prizes up for grabs.

Finally, there is something which we might be seeing the end of, and not a second too soon. Over the last few years, slot developers have included an ability to buy-a-bonus directly in games. This often-costly option allows players to instantly trigger bonus features, such as special wilds, multipliers, even free spins.

This option has frustrated players, as many slot providers have cut down the number of features which generally appear in a game, to offer them as buyable bonuses.

With gambling restrictions becoming ever tighter and fairer, one would imagine seeing this feature dropped. Indeed, there are far fewer new slots launched this year which contain such features.