Home » Gaming » Understanding Gambler’s Fallacy And How to Avoid It

Have you heard of the gambler’s fallacy? Maybe you have but are not entirely certain what it is. Most new players are guilty of committing this fallacy, although, they may not be aware. The gambler’s fallacy is one reason many players make mistakes when gaming and, sometimes, end up losing money.

It especially happens when gamblers are emotional, preventing them from thinking rationally. Your state of mind is crucial when gaming online and learning about common gambling misconceptions can help you prepare adequately. 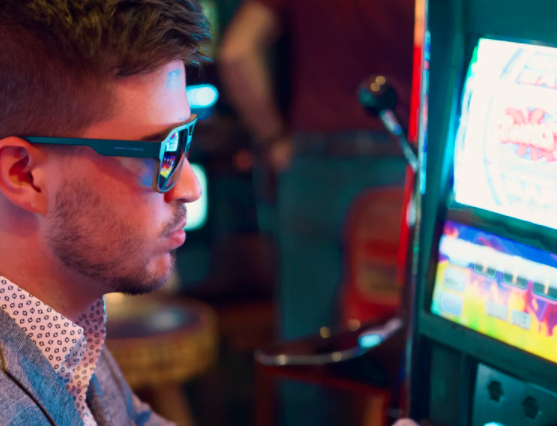 The gambler’s fallacy refers to an erroneous belief that previous events influence the probability of future results. It is the expectation that since an event occurred more times than usual in the past, then it will reduce in frequency and vice versa. This line of thinking characterises the main gambler’s fallacy. You can find out about other variations of this reasoning later in this article.

The gambler’s fallacy is a cognitive bias that interferes with decision making. It paints the wrong picture about how gambling works, leading to poor judgement. Keep reading to learn how this notion can affect your online gaming, and what you can do about it.

The gambler’s fallacy goes back to 1913 at the Monte Carlo Casino, where players lost millions. In a roulette game, the ball kept landing on black, leading gamblers to bet against it because they assumed it was a hot streak that was bound to end.

However, the game had the same result for 26 consecutive rounds. It’s why this erroneous thinking is also called the Monte Carlo Fallacy. You might wonder why this reasoning is flawed. The mistake players make is believing independent events affect each other. They expect a systematic reversal of random series.

In an independent sequence of actions, the results of a preceding event cannot determine the outcomes of the next one. Take roulette as an example, where you are betting on red-black. The odds for these bets are 48.6% (European roulette), but for this guide, they are 50-50.

If the first three times the ball lands on red, then you might be tempted to bet on black next because you believe the probability of hitting a red again is low. However, you would be committing the gambler’s fallacy.

Regardless of how many times the ball lands on red, the odds remain 50-50 for both colours. Every spin of the roulette wheel is independent and, so, has no way of affecting future results. The roulette ball doesn’t remember that it previously landed on red or black, such that it tries to balance the outcomes.

Note that the gambler’s fallacy assumes you are playing fair casino games, where the results are naturally random. So, check out the Plinko casino game as reviewed on stakefans.com to ensure the odds are fair before staking real money.

Cognitive distortion presents in different ways, leading to more than one erroneous belief. The online gambling sector doesn’t have a specific categorisation for gambling fallacies. Still, players can learn about some of the most popular ones.

If you are aware of the various ways, you might be viewing gambling incorrectly, then you can adjust your thinking. The main kinds of gambling fallacies are interrelated, meaning you could be committing multiple errors in reasoning in a single gaming session.

The hot hand fallacy is the most common by far. It’s the notion that when a winning or hot streak hits, then the winning numbers are highly likely to come up again.

For instance, in a lottery game, you might think that since a set of numbers won a big prize, then the same sequence is bound to hit in the future. This fallacy is common in lottery-style games like keno, roulette, bingo and slots.

Another biased gambling approach is believing that a game that hasn’t paid out in a while is due for a win. It’s one of the biggest mistakes gamblers make when betting on virtual machines.

The fallacy is founded on the misconception that a statistical deviation will move from one direction to the other, for example, a losing streak to a winning streak, to balance things out in the name of ‘fairness.’

The illusion of control is the belief you can do something to alter the odds in a game with random outcomes. This gambler’s fallacy leads you to assume you have some degree of control about how a game turns out. It’s the underlying foundation of different gambling superstitions.

For instance, thinking certain numbers in roulette are ‘lucky.’ The illusion of control also contributes to an overdependence on betting systems. If you believe a particular wagering strategy gives you an edge in blackjack, that’s a fallacy.

Can You Avoid the Gambler’s Fallacy?

You know how you could influence your gaming due to a cognitive bias. So, how do you stop yourself? The best solution to avoid the gambler’s fallacy is to know how to spot it and when it’s about to be applied. If you are playing and realise your thinking is flawed, then you can do something about it.

One way is to remind yourself that different events are independent and, thus, cannot influence each other. Tell yourself the number of hot or cold streaks doesn’t matter because the odds don’t change.

Don’t make decisions emotionally, it’s the quickest way to fall into a gambler’s fallacy. Frustration, disappointment, impatience, excitement, eagerness and other emotions might cause you to make hasty decisions based on whatever cognitive bias makes you feel better at the moment. Hence, take a break from your gaming if you can no longer think rationally.

Gambling fallacies have existed for years, and they keep affecting how players approach casino games. If you let it, the gambler’s fallacy can wreck your gaming experiences. Erroneous reasoning about game odds and other gambling elements can lead to poor decision making. Therefore, learn to identify different fallacies and how to avoid them.