The threat of being burgled is something that provides a big incentive to property owners everywhere to take preventative measures and apply some layers of security to their premises in the hope that this will deter a thief from attempting to break in. 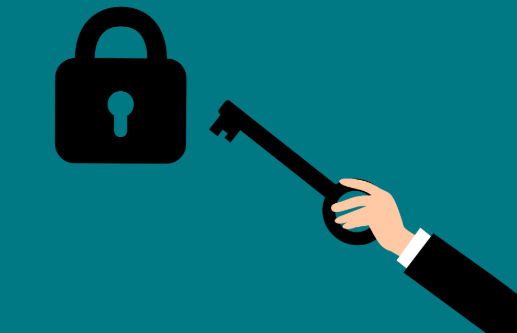 There are a number of ways to make your place an unattractive target for burglars and this includes providing a number of visual deterrents such as security lighting around the perimeter of your property combined with more covert measures such as a hidden security camera so that you can keep an eye on who is paying an unwelcome visit and gather evidence if it is needed.

Here are some suggestions for giving your property a security makeover that should help dissuade a burglar from attempting to get inside.

1] Get in touch with a locksmith

A good starting point when you are looking at beefing up security measures is to walk around the outside of your property and think how vulnerable or secure it looks to you if you were a burglar.

Most burglars tend to be opportunistic and if they see a window or door that is open or unlocked that will encourage them to make a quick entry and see what is inside.

Always aim to lock windows and doors when you leave, even if it is for a short period of time. Also, get a locksmith to check whether the locks on your doors and windows are good enough to provide a suitable first defense against a thief who is looking for an easy target.

The problem with having high fencing or tall trees and bushes around the perimeter of your property is that while it does provide an element of privacy and protection from the elements it can also make you vulnerable to a break-in.

If a burglar is able to work on gaining entry to your premises without being seen they are more likely to pick a place that gives them the luxury of not being seen while they find a way to get inside.

Try to compromise a bit by ensuring that entry points are not covered in a way that allows an intruder to go unseen.

3] Get some security lighting

An absolute no-brainer when it comes to providing a visual deterrent is to install some outside security lighting that gives you good coverage around the whole of your property.

If you install lights that are activated by a sensor it will ensure that you are alerted when someone is approaching in the dark and it will also give you a convenient source of light too when you are outside late at night.

Burglars don’t want to be exposed to security lighting and cameras and they will often prefer to choose a property that doesn’t have them fitted as there is less chance of being seen and caught in the act.

4] Get an alarm system

An alarm system is also a popular and effective deterrent. 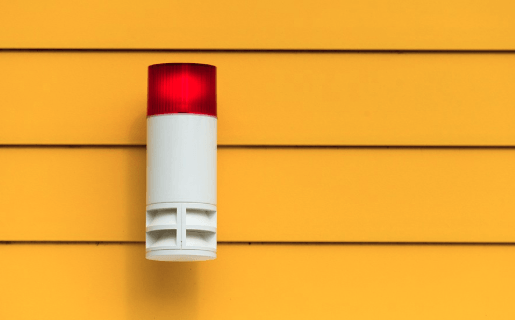 There are many different alarm systems and options available and you should be able to find a solution that you are happy with and meets your budget at the same time.

Ultimately, if a burglar is determined to get inside they will probably find a way to do so, but the point of an alarm system is that it gives you peace of mind that you will be putting off opportunistic thieves and providing you with an early-warning system if an intruder does attempt to enter your property.

As well as outside lighting, one of the least popular security measures with would-be burglars is security cameras, which is a very good reason for getting them fitted.

The sight of a surveillance camera is often enough to persuade the majority of burglars to seek out an easier target where they won’t get caught on camera.

Technical specifications for security cameras these days, in general, are so good that the quality of the image is excellent and that means that it won’t be difficult to identify a perpetrator once they have been captured on your hard drive.

Hidden cameras are also a great idea if you don’t want someone to be alerted to the fact that you are watching them.

6] A cheap and effective way to warn people away

Not all burglar deterrents have to be hi-tech or sophisticated and a few well-placed stickers and signs can be effective in making a burglar think twice about targeting your property.

Warning visitors that you have a dog or that the home is under 24-hour surveillance will often make an opportunistic burglar hesitate and wonder whether it is worth taking the risk to find out if a dog will attack them or the alarm will go off.

Don’t be tempted to buy some fake security signs from your local store as the burglar might recognize them for what they are. It is far better to actually install a security alarm and surveillance system and then use a branded sticker that shows your warning is genuine.

7] Don’t make it obvious you are not at home

It is also worth mentioning that opportunistic thieves will often scout an area and look for clues that a property is empty.

If you are going to be away on vacation you don’t want to just rely on your alarm system to protect your premises while you are gone.

Make sure you cancel any regular deliveries so that they don’t stack up on the doorstep and ensure that the lawn is tidy and everything is packed away, as a burglar might stake out a property for a day or two to confirm that there has been no movement.

If you get on well with your neighbors, ask them to keep a lookout and pick up any deliveries that get left.

No one wants to be the victim of a burglary and with these simple but effective preventative measures, you should be improving your chances of persuading a thief that they should look elsewhere for their next victim.