Home » Technology » What Is Virtual Reality?

Virtual Reality(VR) takes you to another dimension when you put on VR glasses. Men mainly use VR for simulations, watching movies or playing games. Here you can read what Virtual Reality is, how VR glasses work and what you can do with VR.

Virtual reality simulates an environment through a computer in order to immerse a user in an experience through various senses. Most VR environments are visual and auditory, through special stereoscopic glasses and sound. 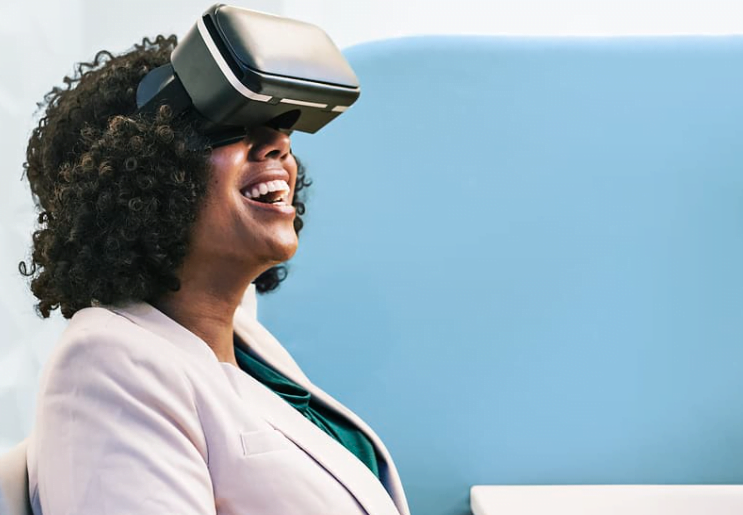 Scent and touch effects are rarely added. Internet pioneer Jaron Lanier, founder of VPL Research probably came up with the word in 1989. The company built early VR systems in 1980. The term is often referred to in the same breath as cyberspace and the Internet.

Typically, users can interact with or in the VR environment via a keyboard or peripherals such as a head-mounted display (hmd), the data glove or cybergloves, motion sensors, bodysuits, or a 3D mouse. The simulation can resemble a real-life environment, such as in pilot training, but it can also be different, for example when manipulating ‘virtual’ DNA.

If, for example, the orientation and possibly also the location of the hmd (and therefore the head) is detected, the software can ensure corresponding adjustment of the image.

Virtual Reality – also known as VR – is a technology where you put glasses on your head and imagine yourself in a different world.

The glasses register every movement of your head, making it seem as if you are really in another world. You put on glasses and look 360 degrees around you and experience everything in 3D. This has many uses for gaming, experience and design.

Other senses in virtual reality

You often hear matching sound through headphones, but other senses are less often addressed by the illusion. A VR experience becomes even more realistic by, for example, smells and the feeling of wind.

How do VR glasses work?

The active VR glasses work without a computer and are almost always wireless, a stand-alone system. Passive VR glasses are always accompanied by a powerful PC or console, to which you connect the glasses.

The Gaming in VR is a different experience than playing regular games. Gaming is possible with VR glasses such as the Oculus Quest, HTC Vive and Oculus Rift. Rent VR glasses (translated to Dutch: vr brillen huren) and experience the real Virtual Reality world!

What can you do with VR?

Not only gaming is possible with VR. There are also short 3D films made especially for VR and Netflix series such as House of Cards and Orange is the New Black. Virtual reality games have also been the beginning of the business opportunity with VR.

For example, VR is also used to train personnel in healthcare, education and the design of buildings. Since you are in the middle of your own design, you can walk around it and make adjustments anywhere. Rent a computer (translated to Dutch: computer huren) and connect your VR glasses for a whole new VR experience.

Benefits and disadvantages of virtual reality

The future of VR

The computer technology is advancing rapidly in the fields of architecture, petrochemicals, games, VR simulators for medical professionals, military, aviation and shipping and the automotive industry, the technology still has to undergo some development before the user experience matches that of reality.

Virtual reality can be used in various ways for business purposes. It is thus a means to have a product experienced and sold in an innovative way. Consider, for example, exhibition stands with VR reality to promote a product.

Virtual reality is also extremely suitable for training in healthcare, the service sector, at defense or in factories where heavy equipment is used. For example, resuscitation courses can be given with VR glasses and it can be used in anxiety therapy for patients in psychiatry.

Investigators can also view the crime scene in VR. And a soldier can experience certain circumstances. Or consider a machine course in VR for a future worker in a factory. The possibilities are manifold for entrepreneurs and business use. Because virtual reality can also play an important role in education or in construction and architecture.