Home » Security » Privacy Compromised: Who Hunts Your Data, And What to Do If You’ve Been Hacked

Have you ever tried to conceive how much original, unique data is stockpiled within your personal computer and different devices?

Numerous folders full of photos and memories, creative projects and work-related documents, sensitive data and financial information, various mediafiles and important archives, and so forth. 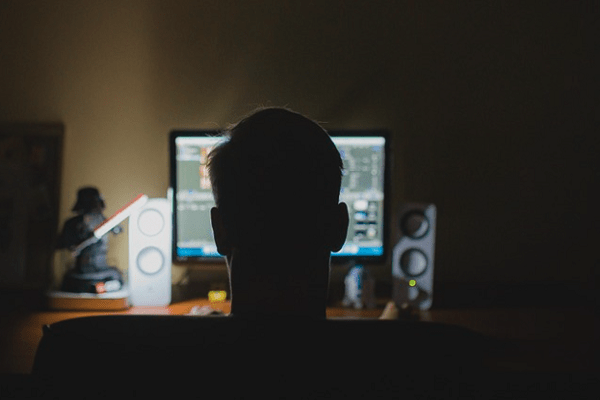 The thing, however, is that we normally store those pieces in a single copy, and only realize their value once they’re lost – while there’s plenty of causes for that data to become gone for good… or compromised.

Who Is At Gunpoint

You may not have millions in your bank account to become a victim of severe data theft. You don’t have to be the owner of a mega corporation to get your system hacked, either.

Contrary to popular belief, cybercrime is aimed at small companies and private users just as well – for their data, if not used as ransom, may be further sold for whatever purposes. This can be best demonstrated in a recent sensational case.

An internet user working behind the pseudonym Sanix, who had been making headlines within January 2019, was detained by the Ukrainian Secret Service (SBU) this May 20th.

Labeled by the international media as “the largest array of stolen data in history”, the hacker had at his disposal a database consisting of 773 million snatched email addresses and 21 million unique passwords.

In addition to that, according to the Ukrainian officials, Sanix had seven similar databases with financial and personal data (such as PIN codes for bank cards, PayPal accounts, cryptocurrency wallets) from residents in North America and the European Union – all for sale.

Now, imagine the extent of the damage that could’ve been done to the victims – starting off with personal data getting compromised, ending up with a multitude of bank accounts being robbed, or even systems illegitimately accessed. What if your name was in this database, too?

How to Protect Your Data

There are data recovery labs specialized in restoration of files that were corrupted or lost – such as Salvagedata professional recovery company.

With more than 96% of successfully solved data loss cases, Salvagedata’s technicians are capable of retrieving information in the most difficult situations, including those caused by malware activity or hardware failure, severe power surge or system error, etc.

So, in case some important files of yours became inaccessible, don’t despair: just make a call, and let the experts take care of it!

Also, you can learn to protect your data before you’re hacked from the myriad of recommendations offered on the internet. But what to do when it’s too late for precautionary measures? Below, we gathered 6 most important steps to take in case you find yourself attacked.

The first thing you should do is change your current password on the affected service as soon as possible – especially when it’s your email box or social networking account that’s been hacked.

Create a strong, foolproof password that is not easy to crack, and make sure you’re not using similar passwords for other accounts – as they might be attacked next.

2] Deauthorize All The Apps

This step might seem just as obvious, but it is no less important. Deauthorize all the associated applications which are using that account for login, or its social graph.

For instance, Google, Dropbox, Facebook and many others support OAuth – and the latters allows third party apps to use account APIs without actually giving them the account login information.

The hacker might’ve used that to authorize another device or service in your account; so make sure to pull the plug on everything you’ve given access to (here’s how you can do it in Google, Facebook and Twitter).

3] Update Your System and Scan

Given the possibility that the maltruder has gotten in via your machine, it is necessary to run a credible anti-virus software, and scan your system for malware/viruses which may have been the source of the attack.

When seeking options, it is better to give preference to paid programs over free ones: “Most people who search for ‘free antivirus’ end up installing malware,” explains Markus Jakobsson – PayPal’s principal scientist for consumer security.

Right after getting into your account, brainy hackers will also set up tools that allow them to get back in once you’ve kicked them out. With that in mind, as soon as you have accounts back, it is necessary to check if no back door is left to let the maltruder back in later.

Check the settings of your account; ascertain that no unfamiliar links are attached to the “away” signature, and make sure the messages you receive aren’t being forwarded to someone else’s address. See if no alterations were made to your security questions’ settings.

On the social networking service, seek changes to your personal page – say, replaced information in your bio, new “friends”, or posts you didn’t make.

Scrupulously review activity logs related to the affected account in case an element of commerce was involved. Check if no new shipping addresses were added to your contact details, or no new accounts were linked, make sure no new payment methods were sut up.

This is particularly vital for websites that issue payment cards, and those allowing users to make one-click purchases.

6] Lock Down Your Credit

After all, you don’t want your identity to get stolen along with your money, so think of locking your credit down. You can either resort to services that will do this for you for a fee, like LifeLock, or do it yourself by contacting the three major credit reporting agencies directly.

Also, contingent on the state you live in, locking down the credit may be free for those provided they’ve filed a police report.