Despite operating under the same basic concept since its inception in 1991, the real state of the internet has forever been an ever-evolving animal. From limited text slow connections to any form of media available on-demand, the web of today is unrecognisable from its early forms. 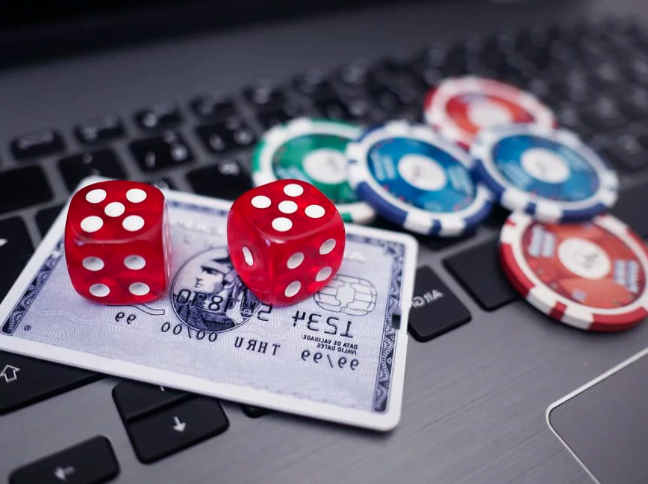 While there are dozens of explored avenues which demonstrate these changes, few maps as closely as online casinos. From their early days to their modern incarnations and what might come next, here’s how online casinos reflect the developing online world.

The very first online casinos arrived in 1996, and like everything online at that time, were hilariously limited by today’s standards. By necessity, these were built around only the most basic interpretations of casino games like blackjack and simple slots.

During this period, the first internet browsers placed strong constraints on what was already poor hardware performance, meaning nothing visually impressive was possible.

However, like other aspects of the early online experience, this didn’t matter. The thrill of these days was the simple act of connectivity. It was unparalleled, so our drive for exploration was enough to keep up fascinated.

It was after the year 2000 that the internet shook off early obscurity and rose into the mainstream. At this time, the personal computer had become ubiquitous, with 56k modems or better-becoming part of the package. This increase in population was mirrored by an increase in hardware and software performance, creating a significant step-up for online websites and systems.

For online casinos, this meant shaking off the shackles of early restrictions. From what used to simple games came more complicated entries. These weren’t just mirroring what could be available in physical casinos, in many cases, they were exceeded what traditional machines could manage.

Approaching 2010, the smartphone revolutionised the way we thought of connectivity, and the internet as a whole. Instead of being bound to one device or location, devices like the iPhone gave us access on the fly, on an increasingly expanded mobile network. Supported by a developing app market, the modern age had finally arrived.

In contemporary terms, this is still the route that many systems like online casinos still follow. An online casino today has hundreds of games from slots to blackjack, roulette, poker, and more. They even now extend into live casino titles, where physical dealers are streamed onto a player’s device.

Essentially, what used to be confined to PCs and laptops is now available anywhere. While casinos are ahead of the pack in this regard, this is a standard to which other services and web features still aspire.

Going into the ’20s, we’re left with the question of what could be the next big change for the internet, and how online casinos could leverage these developments. Most likely, the next few years will feature the continuous expansion of existing systems, but we could also see this as the first real decade of VR and AR.

Though the first in the VR revolution devices, the Oculus Rift, commercially launched in 2016, it has taken a long time for the public and our hardware to catch up. VR and AR are both tied heavily to devise performance, and with modern mobiles and PCs as strong as they are, this potential could finally be matched by our reach.

As for online casinos, we could hope that these changes might bring about fully virtualised experiences. Being able to walk around a virtual casino to enjoy the already enormous library of games sounds amazing and could soon be a realistic goal. Even if not, as far as we’ve come, at least nobody in the modern age is left wanting for choice.