Whenever you think of a perfect beach destination, the first location that comes to mind is certainly Japan. You’ll probably think of Seychelles, Hawaii or the Caribbean depending on the place you live. Nevertheless, you’ll be surprised pleasantly by how gorgeous the beaches look in Japan. 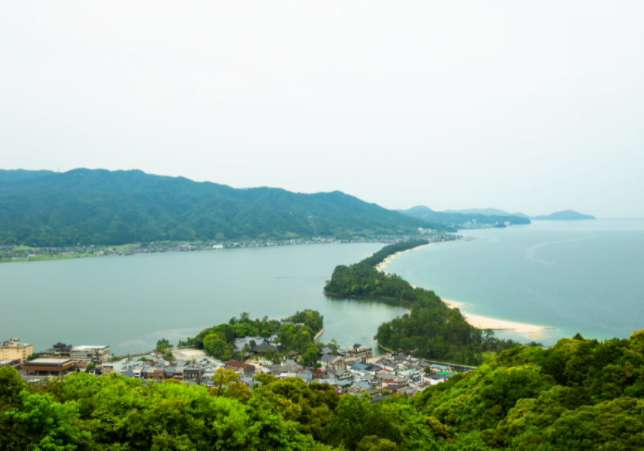 Here are the names of the 20 best beaches that you should not miss when you’re in Japan.

Akajima is currently pronounced as Akashima and this is an island forming part of the Kerana Islands group in Okinawa Prefecture of Japan.

This beach has been given the nickname of ‘Aka’ and this is a famous destination from both the mainland and Okinawa. Aka enjoys a tropical climate and it has permanent population of more than 300 residents.

Sunayama is located in the north of Miyako-jima Islandd and this is a part of the tropical Okinawa Prefecture of Japan. This is a white sand beach is instantly identifiable with the help of rock arch at the southern part of the beach. This kind of arch was formed by the coral reef that is exposed and that is eroded by the sea over several centuries.

Katsurahama Beach is a famous destination that is located near about 30 minutes from Kochi city on the Shikoku Island. This is a pretty stretch of sand that is backed by a promenade and several trees of Katsurahama Park. It is fine to sit on the beach while soaking under the sun and strolling along the promenade.

Tokashiku Beach is a splendid white sand beach that lies on the island of Tokashiki, one of the beaches in the Kerama Islands around 32km west of Okinawa island.

The clear waters off the beach are regarded as one of the best beach spots for sea turtles which inhabit the bay here. You can go snorkelling off Tokashiku beach.

Mibaru is one of the finest beaches on the island of Okinawa and it is a long stretch of white sand that leads to the crystal clear turquoise sea. The Mibaru stands out of the crowd due to the rock formations along the length of the beach. During lower tides, these greenery-topped rocks form a part of the rockpools.

Furuzamami Beach is located on the island of Zamami and this is located around one hour’s high speed ferry ride from the Okinawa island. Majority agree it is worth the journey and the beach is rated regularly as one of the finest in Japan. The tropical beach is graced with a slightly curving stretch of white sand beach.

Nishihama Beach is found on Hateruma, the most inhabited island in the entire side of Japan. This is a remote piece of tropical paradise that will always live up to the expectation of the best beaches of Japan. The white sands are powdery and you’ll love chilling out in this beach.

This beach is set on Taketomi Island and is one of the southerly in Japan and Kondoi beach is within the tropics. This is a small island is less built up than the neighbor Ishigaki, the de facto capital of the Yaeyama Islands. You can catch a ferry that takes less than an hour to reach Taketomi.

Yonaha Maehama is cited as the best beach in Japan and there are several reasons behind this. This is a fine white beach that stretches 7kms around the south-west coast of Miyakojima island. The water here is calm, warm and crystal clear with a hint of bluish-green.

In spite of being around 2 hours train ride from Tokyo, it remains as the beautiful beaches of Japan. The name Shirahama means ‘white sands’ and this is a beach that describes 800 metre crescent of the beach.

This is nestled among the dockside of Tokyo Bay is the 800 metre golden crescent of Odaiba Beach. There isn’t any pretence that this beach is anything but man-made with several high-rise building at the background.

The Emerald beach is located at the tip of Motobu Peninsula in the north of Okinawa’s main island, Honto. Emerald beach is a vital part of the Ocean Expo Park that extends for 3km along the coast that contains several entertainment activities.

This is set within a national park and it is a pristine golden sand beach of Kotohikihama beach and it is a unique one. The beach is called ‘singing sand’ and the sand is famous for generating a squeaking sound when it is walked upon. This phenomenon is due to the combination of quartz sand and clean water.

Aharen Beach is located on the west coast of Tokashiki Island, which is a part of the Kerama group an hour’s boat trip from the main city of Okinawa, Naha. The curvy white sand bay is backed by high hills that are covered in lush green vegetation.

This is located around the corner of Yoshino Beach but the Aragusuku beach is also equally lovely. This beach is a popular spot with tourists and locals who come here to seek the benefit of splendid scenery.

Among several dazzling sand beaches lies the clear turquoise waters of the Naminoue Beach and this is one of the favorites. The water is emerald-blue.

This is just situated 15 minutes boat ride from Okinawa’s main island and it is a tiny coral fringed island of Minna. Minna is known for its beautiful white sand beach and it has exceptionally blue and clear water.

Sunset Beach is located near Mihama American village, a shopping centre and it is an entertainment complex about 40 minutes near Naha. This is an artificial beach with urban backdrop.

The Ama beach is located on Zamami Island and it is one of the pristine beaches that are located west of Okinawa. It takes one to two hours to reach to Zamami from Naha on the main island.

Jump on a train and move towards Enoshima and this place is easily accessible from Kamakura. Besides the beautiful views, people will love a shrine, an observation tower and several caves.