VoIP apps have changed the way we communicate. Voice over Internet Protocol technology allows users to meet a variety of goals – whether for business, fun, or simply gathering information. How to choose which to try? With new VoiP apps appearing at a steady rate, it can be tough to decide. 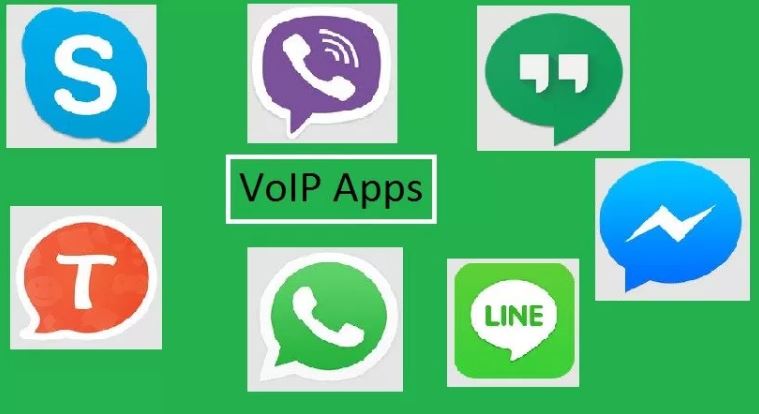 We’ve scoured the App Store and Google Play, read thousands of reviews, and tried VoIP apps for ourselves, all to bring you five of the best VoIP apps for 2017. Try one or try them all – you’re likely to discover that life gets a little easier and perhaps a bit more fun.

Viber Out is a free VoIP app that offers low prepaid rates on international calling to mobile and landline phones all over the world. Even more enticing, all calls to others who also use the app are free – even international ones.

The app is available for Android, iOS and more, and it works with a variety of devices including mobile phones, tablets, and PCs, and users can sync across devices if they’d like to. Some other Viber features we really like:

This app has a variety of uses; for example, it’s very popular with travelers and others who don’t want to pay roaming fees. Although it’s possible to use the device’s data connection, this isn’t a requirement: Users simply find a Wi-Fi connection and start communicating.

All calls, messages, and chats are secured via end-to-end encryption, and there’s also a hidden chat feature to protect sensitive information from prying eyes.

Designed with small businesses and entrepreneurs in mind, Grasshopper provides users with a phone number (or multiple phone numbers, if needed), fully replacing old-style landlines. Like other top VoIP apps, this one works anywhere an internet signal is available – whether that’s your office, your favorite café, or your home. Some Grasshopper features we like include:

For outgoing calls, recipients will see your professional Grasshopper caller ID instead of your private mobile number. Easy to use and inexpensive to maintain compared with wired options, this VoIP business app is available for Android and iOs.

If you operate a small business and want to save on phone service, then consider Ooma Office. This cloud-based phone system is easy to install, and requires no new wiring or phones – in fact, it can be setup to work with mobile phones.

Users can choose from different packages, and receive unlimited calling throughout the U.S. and Canada, as well as 911 service. Some Ooma Office features businesses appreciate:

Conference calls, hold music, and call waiting are some additional features that make this VoIP app an attractive alternative to traditional phone service.

Remember those walkie-talkies you enjoyed playing with as a child? TiKL Touch Talk isn’t as feature-rich as some of the other VoIP apps we’ve mentioned, but that’s part of its beauty: This simple app turns your mobile into a walki-talkie, allowing you to chat with your favorite people at the push of a button. What we like most about the TiKL Touch Talk app:

Note that this app does contain ads to support the developers. It’s available for Android and Apple devices, plus there’s an integrated Facebook app for PC users.

If you use the MagicJack phone system, then you are likely to appreciate its companion app. An efficient alternative to landline calling, MagicApp is a simple VoIP app for basic phone calls and messages.

Developed by the makers of the MagicJack system that transforms standard landline phones into VoIP phones, it comes with its own phone number, offering privacy in case you don’t want to provide others with your private contact information. Some features users appreciate include:

MagicApp is available for Android and iOS. It’s unique as it works in conjunction with the MagicJack system, allowing users to send and receive calls via landline handsets and mobile devices alike. Note that Android users rate this VoIP app higher than iOS users do; however, it is likely that bug fixes for iOS will happen in the near future.