Home » Cryptocurrency » Will Block Production And Verification Remain Centralized On The Eth 2.0?

Eth 2.0 has been one of the widely discussed topics in 2021. It comes head-to-head with bitcoin’s china ban in discussion frequency on crypto news platforms. In one of his recent Twitter posts, VitalikButerin, the co-founder of ethereum, showed the proposed plan of the protocol from now till the end of the Eth 2.0 launch.

Buterin is looking to address the blockchain trilemma with one strike, as scalability, trustlessness, and zero censorship are the priorities of the new Ethereum upgrade. 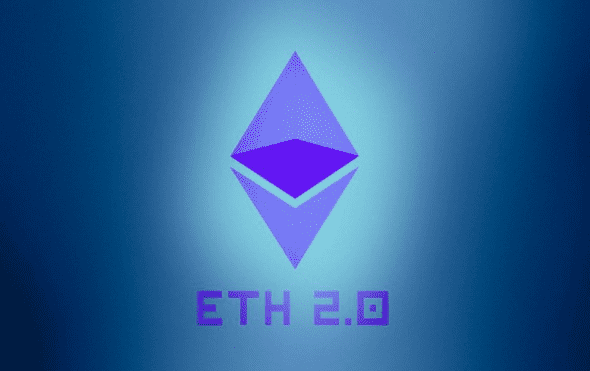 In the online post tagged “ endgame,” VitalikButerin opened up on how big blockchains that describe themselves as promoters of decentralization have issues remaining trustless and censorship-resistant, despite their high frequency and huge number of transactions per second.

The norm in the development space is to choose censorship and centralization of block production so as to provide a better chance of scalability, and although Buterin did not provide a solution to the centralization issues, he explained ethereum 2.0’s process to implementation and what we should expect.

Having looked at different outcomes that could arise from having a decentralized block production, Vitalik explained the Ethereum 2.0 endgame and what to look out for.

Centralization and the ETH 2.0

VitalikButerin, in an attempt to solve the censorship-resistant problem with most protocols, talked about having an extra layer of staking using lesser resources.

The plan is to use one of ZK-SNARKS (a system that needs no interaction between the verifier and prover) or another lesser-known method called fraud-proof attempt to bring cheap and instantaneous block validity.

This plan also involves the inclusion of data availability sampling, which allows users to check the availability of blocks and include extra transaction means in a bid to avoid the normal route of censorship.

The importance of these updates is that centralization still occurs with block production, but it will not be in the hands of block producers to choose which blocks they want to validate. This way, block validation is decentralized.

The way block production stays centralized is that the Eth 2.0 provides the infrastructure to solve centralization in validation, as rewards still need to be in place for incentivizing stakers. Instead of the general belief that the ETH 2.0 will solve all the problems of block validation and production itself.

The major solution involves looking outside the hundreds of transactions per second done by these rollups and working on Ethereum itself. The roadmap for Ethereum rollups was introduced a few days before Ethereum signaled the move to the proof-of-stake.

The major constraint with putting emphasis on rollups is that it does not add anything to the decentralization goals of Ethereum.With rollups, there is a chance of MEV (minimal Extractable revenue). The MEV talks about the maximum profits that can be gotten from gas fees and block rewards.

The implication of this is that the opportunity cost of validating transactions will be considered before any transaction is validated.

The path smart contracts have taken in reducing centralization of execution is a pointer to how block validation will look like, but having the same results replicated in block creation might come with more demerits than advantages.

Ethereum 2.0 from the onset

Having been plagued with huge gas fees, which have gone as high as $61 per transaction. Ethereum is working towards moving from the energy-intensive proof-of-work consensus to a more environmentally-friendly proof-of-stake network.

Earlier this year, Ethereum initiated the London fork, which set the protocol on the path to being a deflationary asset. Half of the transaction fees are burned, which is more than the number of Eth released into the system. This has been reducing the total amount of Ethereum in circulation.

The Ethereum 2.0 requires some total value locked of 32 ETH from every validator, and as at the time of writing, over 8 million Ethereum has been staked from almost 280,000 validators. The details can be seen on Redot’s Eth 2.0 staking platform (redot.com/eth2/).

From the moment Ethereum became a deflationary asset, over $5 billion worth of Ethereum has been burned. And more validators have been in line to join the network since the EIP-1559 went live. The new Ethereum protocol will go live in the fourth quarter of 2022 after being plagued by technical issues.

The details on the Ethereum transactions can be seen on the ETH Explorer. There are over 87,000 epochs on the network, and redot.com is offering an Ethereum pool where users can stake on the ETH 2.0 with as low as 0.01ETH and withdraw their staked capital anytime they want.