Rhinoplasty is a reconstruction of the nose to achieve an aesthetically pleasing nose. Sometimes it is done for therapeutic reasons. The surgery involves reshaping the nasal bone and cartilage by either removing, adding or moving them around. 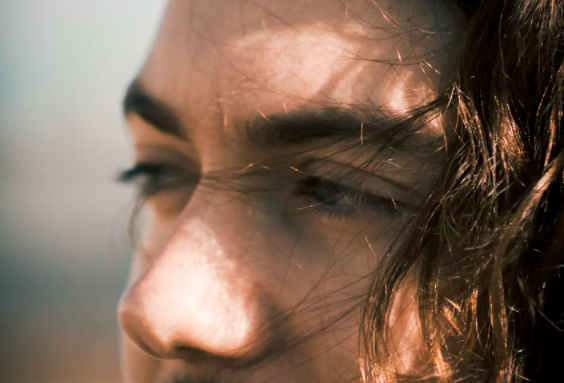 Before any surgery is performed on a patient, a physical examination is conducted, and the necessary tests are run to ensure that the patient is fit for surgery.

A physician can perform an endoscopic evaluation of the nasal cavities to determine any deviation in the structure that could cause breathing problems. This includes deviation of the septum, turbinates, or even deviations of the bony cartilaginous portion of the nose.

During an actual rhinoplasty, it’s necessary to cut off any extra pieces of bone or cartilage that could be protruding into the nasal passages – this prevents any breathing problems after surgery. Any deviation in structure can also cause many additional issues, so these should be rectified during the surgery.

Usually, patients report an improved sense of smell after rhinoplasty; many say breathing is easier after their surgeries.

The procedure can also help people regain control over their sinuses for those who had lost it due to constant congestion or inflammation within the nasal cavity or sinuses. Different medications and procedures can sometimes help with breathing problems; sometimes, surgery is the best bet.

The long term effects of rhinoplasty are dependent on the type of surgery performed. The most commonly performed procedure is open septorhinoplasty, in which an incision is made to access the nasal cavity bones and cartilage.

There’s also closed rhinoplasty, in which only external procedures are used without making any incisions in the skin. Both methods have their advantages and disadvantages. However, the effects are primarily positive no matter what type of surgery you have.

Revision Rhinoplasty could improve nasal structures if patients were not satisfied with their previous surgeries. This kind of surgery can also help remove other irregularities that the previous surgeon left behind.

If your last surgeon could not solve your breathing problems, then you can consult with another doctor who practices rhinoplasty. This could be the solution that solves any breathing issues for good.

Rhinoplasty might not be an immediate cure for asthma or allergies – it may take time to see the full effects of surgery, but it’s still an improvement. People who underwent surgeries were less dependent on their inhalers; many even claimed they hadn’t used them for quite some time after surgery.

As with any plastic surgery, there are associated risks – like the possibility of over-correction or under-correction, although these can usually be rectified by revision surgeries if necessary. There’s also the risk of infection or bleeding after surgery, but these are unlikely to happen.

The final result is usually more than worth any risks involved – nose jobs have even been associated with improved quality of life, so there’s no reason not to opt for it if you’re suffering from breathing problems.

Is This Procedure Painful?

This procedure indeed requires cutting across your nose, but it doesn’t necessarily cause pain. After all, most surgeries such as this one involve stitches or sutures. These are minor procedures, and most people don’t feel much pain after surgery.

Will The Nasal Breakdown Recovery Period Cause A Problem?

The nasal breakdown recovery period is a problem for some people. However, you are not worried about it too much. The pain usually passes within a few weeks, and you can slowly return to your routine after that period. With the proper medication and treatment, the process should proceed smoothly. It could just take time for you to get used to your new nose.

Rhinoplasty surgery involves reshaping your nose and healing it. This is where the nasal breakdown recovery period may cause a problem for you since you cannot breathe well when there’s a lot of swelling. This is just temporary, and you can breathe adequately again after some time.

Does Rhinoplasty Affect Your Daily Life?

It’s the recovery period of rhinoplasty that may require you to change your daily life so that you don’t exert yourself too much. This means not doing strenuous activities for some time. For most patients, this is just temporary – they only have to rest for a short while.

What Are The Recovery Procedures After Rhinoplasty?

Rhinoplasty patients usually have to rest for a few days. They wear bandages on their nose and under their eyes, which protect their nose from any more injuries or damage.

There are splints inside the patient’s nostrils that help support the inside of their nose while it heals. This is why you can’t blow your nose after rhinoplasty – you will damage the new shape of your nose.

Most of the recovery procedures are pretty similar to any other surgery. You have to heal before you can start your normal activities again. With nose jobs, the most important thing is to ensure that there’s no bleeding after surgery – this may be a cause for alarm.

What Are Breathing Problems Relating To Nose & Appearance?

The nose is the primary passage to the lungs. Of course, poor breathing is not necessarily related to one’s appearance. However, when it comes to appearances, the chances are that people will notice if you are struggling for air when you are talking or even when you are silent. This could be because of how your nostrils are shaped or due to the size of your nose.

Breathing problems caused by the nose is known as nasal obstruction. It could be due to various reasons. For instance, you might have a deviated septum or enlarged turbinates. These are also often related to allergies, sinus infections and even respiratory diseases like asthma.

When your breathing is poor, it can affect your daily life in many ways. You might end up wheezing, coughing or snoring at night. This could disturb the people around you and even disrupt your sleep schedule.

Overall, there is no doubt that breathing problems will affect your social life and increase your chances of developing other diseases later on. Having better breathing will help you lead a healthy lifestyle with less risk of allergies and respiratory-related diseases.