Are you looking to buy a best computer desktop or laptop for your study or to play games? Do you know which computer is a best choice for you? Don’t worry here we make a list of best computer brands that will help you to choose a perfect computer for you.

Computer companies who provide durability, reliability and price value are the ones that are considered to be a top computer manufacturers. To be honest!

There are not only two or three brands in the market now a days, but many brands have stormed the market and several others have improved on their quality and reliability as well. The big advantage of owning a laptop is its flexible. The small size of the latest laptops allows users to carry it and work from anywhere in the world. So, they can get their job done from any corner of the world.

Here we have a list of top 12 best computer brands which are ranked based on their brand name, quality and after sales services. You can say these are the most steady laptop brands for college students, for business owners, for gaming and ultimately for home users too.

Apple is an american multinational company. It’s always on the top in a Computer Brands. the headquartered in Cupertino, California. It designs, develops and sells consumer electronics, personal computers and computer softwares.

Its best-known hardware products are the Mac line of computers, the iPad tablet computer, the iPod media player and the iPhone smartphone.

Apple was founded by Steve Jobs, Ronald Wayne and Steve Wozniak on April 1, 1976 to develop and sell personal computers. It was incorporated as Apple Computer Inc. on January 3, 1977 and was renamed as Apple Inc.

The HP is also one of the Best Computer Brand Name ever in computer world. HP is an American multinational information technology corporation. Its headquartered in Palo Alto, California, United States.

It provides hardware, small- and medium-sized businesses, software and services to consumers and large enterprises, including customers in the health, government and education sectors.

The Dell is one of the best Trusted and Top Computer Brand. Dell Inc. is an American privately owned multinational computer technology company. It’s based in Round Rock, Texas, United States, that develops sells, supports computers, repairs and related products and services.

The name of its founder, Michael Dell, the company is one of the largest technological corporations in the world, it have employing more than 103,300 people worldwide.

The Lenovo is one of the Best and Trusted Brands of computer. Lenovo is a Chinese multinational computer technology company. It’s headquarters in Beijing, China, United States, Morrisville and North Carolina.

In 2013 Lenovo was the world’s largest personal computer vendor by unit sales. It markets the ThinkPad line of notebook computers and ThinkCentre line of desktops. 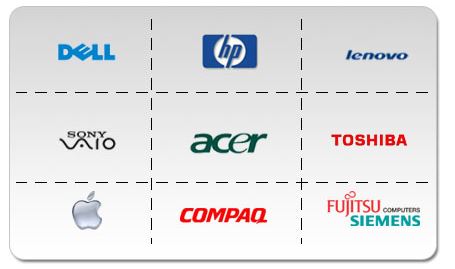 The Asus is one of Best Computer Brand. Asus Inc referred as Asus. It is a Taiwanese multinational computer hardware and electronics company. The headquartered in Beitou District, Taipei, Taiwan.

It also provides e-business services to businesses, consumers and , governments. In 2013 Acer was the fourth largest personal computer vendor in the world.

The Toshiba is also a Best Brand of Computers. Toshiba Corporation also referred as Toshiba. It is a Japanese multinational engineering and electronics conglomerate corporation.

The Samsung Group also referred as a Samsung. The Samsung Started for the Primary Electronic sales. It is a South Korean multinational conglomerate company. It’s headquartered in Samsung Town, Seoul.

It comprises numerous subsidiaries and most of them united under the Samsung brand, affiliated businesses and is the largest South Korean chaebol.

The LG Corporation is Primary started Service as electronic items. LG Corporation referred as LG. LG means Lucky Goldstar. It is a South Korean multinational conglomerate corporation. It is the fourth-largest company of its kind in South Korea.

Chuwi is a Chinese manufacturer of consumer electronics, mainly tablets , laptops and 2-in-1 convertible devices. They mainly focuses on cheap and affordable equipment for the general public.

The Microsoft Surface Laptop is a laptop computer designed by Microsoft as part of the company’s Surface line of personal computing devices.

The Surface is a series of touchscreen based personal laptop and interactive whiteboards designed and developed by Microsoft, running the Windows operating system, apart from the Surface Duo, which runs on Android.

The Sony company is one of the best leading manufacturers of electronic products for the consumers and professional markets. Sony is ranked 87th on the 2012 list of Fortune Global 500 company by wikipedia.

So, Here we are discuss about the Top 13 Best Computer Brands and Manufacturers in the world, if we are missing any laptop computer brands then let us know by commenting below. Enjoy!