All of the above mentioned ‘injection’ variants fall into code level application vulnerabilities and is completely different from ‘logical’ vulnerabilities which still have a greater level of impact on the web applications. During my old research at early phases of dissection behavioral pattern of different platform based application on different web-architectures, I found these led to couple of logical based vulnerabilities which could be used by an attacker for benefits. This lead self-curiosity to further research and I came up concluding something which already existed called ‘HTTP Parameter Contamination or HPC’. During my research at Defencely, I found out this particular attack methodology does not only rely on a specific platform but is widely used across many other different web based platforms, such as PHP on Apache, ASP.NET on IIS, etc.

Before I prove the absolute necessity for a manual application test, I must say, highlighting the beneficiaries of this particular vulnerability would be very essential to all of the security community in common. But before that, let’s see how applications are deployed in different ways and treated different way when handled or invoked for a ‘useful task’ to be accomplished. I want the readers to already know the primary basics of application deployment which is why I am taking the talk into the next steps which the reader must be already acquainted with. Web Architecture have become more complex and to keep everything simpler for the developers, the developers add layers (RAD Lifecycle) to re-use functions of those layers but this in itself could introduce security vulnerabilities. The diagram below would illustrate how a general application is deployed for convenience purposes: 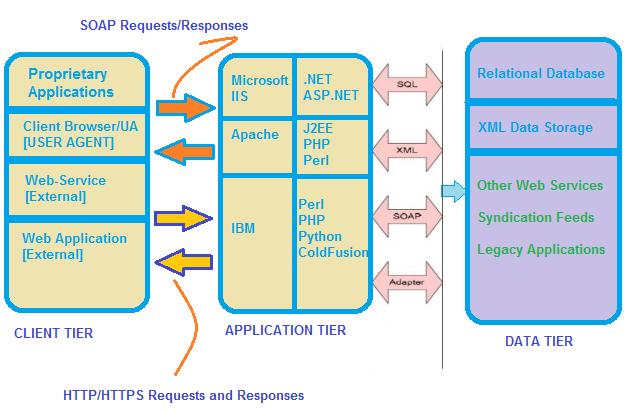 In coherence with HTTP Parameter Pollution, which refers to additionally place query strings with the same name manipulating the logic how this newly formed query string is handled by a HTTP Handler of the web-server; there are possibilities HTTP Parameter Contamination attacks which target logical weaknesses of the web-architecture could be harnesses to benefit the attackers. This is where manual penetration testing review is an essential part of any security testing be it an application code review along with web-server logic review or a formal application penetration testing. To really harness the power of HTTP Parameter Contamination, a penetration tester or the attacker must have a deeper know-about of the HTTP and the HTTP Handler they are dealing with. Additionally, an attacker or the web penetration tester must know how HTTP Parameter Pollution attacks could be tested to give security or target an application for their beneficiaries. So what are these beneficiaries?

For an example let a particular back-end ASP code be and assume mod_security as an application firewall is installed:

It is possible to bypass the security restrictions which are provided by mod_security and hence accomplish path traversal attacks which were originally never possible. This (Path Traversal) in contrast with HTTP Parameter Contamination made such resilient attacks possible and hence actually manipulated the query somehow in order to accomplish the bypass using how HTTP traffic were handled by the HTTP Handler. This similarly could be used along with MS-SQL Injection wherein an IIS server using MS-SQL Databases could lead to critical compromise and hence cause a severe damage.

The pattern here to bypass the MS-SQL Injection which had previous security restrictions used HPC or HTTP Parameter Contamination. This could be as well be targeted towards PHP Interpreters. 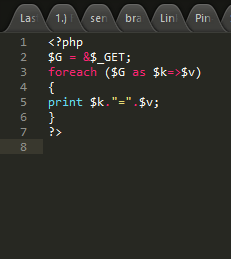 And Perl is no longer bulletproof: 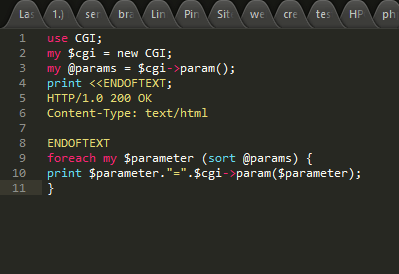 The perl code along with HTTP Parameter Contamination applied gave these results:

Now, that I had proved my point across different application behaving in a different way using HTTP Parameter Contamination payloads, the take-away is to not use developer’s production time to keep them consuming development and rather actually focus on manual penetration test services to mitigate deeper issues which I had dealt with previous in large scale enterprise applications.

The no-nonsense security zone has just taken the lead with its vast expertise experience with a strong research department. Defencely’s primary vision is to provide ‘security’ at its best to its clients and conduct ‘security research’, discover new ways, innovate new security concepts and deliver the product of these to the valued clients. Defencely.com has not only made a strong Indian presence, but has also taken its services globally to make a profound impact on the Security Industry with rising expertise at what it does. The focus and the quality it delivers is amazingly an asset to any vendor taking its services and there has been a lot of buzz already among the leaders. To take the next step forward, Defencely is now headed from Texas with a strong presence in India and U.S. It’s an essential recommendation for web-business needs as per security is concerned. Nothing could stand Defencely’s strong team.

Read: Are Children a Threat to Online Security?

Shritam Bhowmick has been delivering numerous research papers which are mostly application security centric and loves to go beyond in the details. This approach has taken him into innovating stuff rather than re-inventing the wheel for others to harness old security concepts. In his spare time, which is barely a little, he blogs, brain-storms on web security concepts and prefers to stay away from the normal living. Apart from his professional living, he finds bliss in reading books, playing chess, philanthropy, and basket-ball for the sweat. He wildly loves watching horror movies for the thrill.

A 21 Years Old Guy Who is Blogger and Internet Marketer by Choice and Chemical Engineer . Computer and Internet Geek Person Who Loves To Do Something New Every Day.