Home » Business » Does the Cost of a Billboard Change Based On Location?

If you are a business owner, we are sure you can agree that advertising is one of the most important aspects that contribute to the success and growth of your business.

There are many different marketing avenues such as out-of-home (OOH) advertising like wild postings, street furniture, wallscapes and point of sale displays and online marketing such as Google AdWords and ad placement on social media. 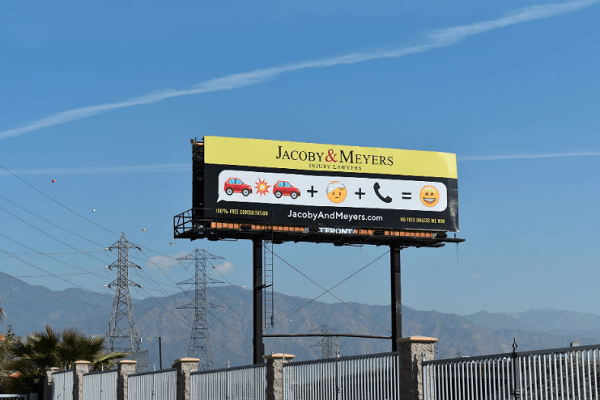 However, arguably one of the most effective methods of advertising that has been around since the 19th century is the billboard.

What is a Billboard?

A billboard is simply a large outdoor advertising structure that is commonly found in high-traffic areas such as alongside of highways, freeways, and busy streets.

The ad artwork, which is commonly digitally printed on large vinyl coated fabric membranes, is often “rotated” by the outdoor plant operator amongst dozens of locations in metropolitan areas to achieve the desired reach of the population.

What is the cost?

The cost of billboard advertising is determined by the billboard’s geographic market, out-of-home rating, and whether the sign is a digital board or a physical vinyl.

Physical billboards tend to be less expensive than their counterpart and can cost between $250 per month to $14,000 or more. Digital billboards generally start at $1,200 per month however, depending on the market, they can go over $15,000 monthly.

In addition to the geographic market, OOH rating, and the style of board, location also plays an important factor when determining the cost of a billboard.

For this reason, the cost of a billboard does change based on location. Other than impacting how many individuals will be in the area, the physical location will also affect how visible it is. If you are a business owner scouting the area for a prime billboard spot, ask yourself the following.

For an example, billboards that are on the opposite side of the freeways will cost much less than those on the same side of traffic.

This is simply because drivers and passengers are much more likely to look that way as they go by. Thinking about how consumers will actually interact with the billboard is important when looking to lease a location space for your advertisement.

A billboard in a popular location will also sway the price. As with any service or product, supply and demand play a huge role in determining the cost of a billboard. If the location is appealing and attractive with many bids from marketers to purchase, the price will go up.

If you are a business owner looking for a great way to get your brand out into the world, billboard advertising is an excellent choice. It is one of the few methods of marketing that has the ability to reach hundreds of thousands of people daily.

Although the cost of billboard advertising may vary due to many factors such as impressions and demographics, the location is one of the most important factors when considering price.