Recently, the U.S. and China have been involved in a spat over the operations of the fast-rising Smartphone app TikTok. The Trump administration insists that the app is spyware and maintains that ByteDance must sell some stake to an American company before mid-September. 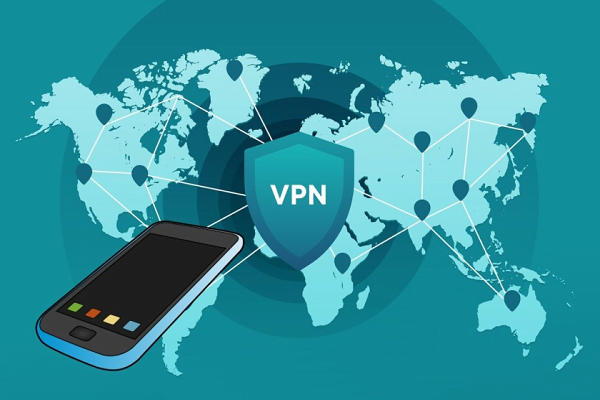 Similarly, there is an increased concern over a potential WeChat Ban in the U.S., which may be a big blow to the Chinese diaspora in the U.S. WeChat is a dominant Chat App in China and the convenient means the diaspora population uses to communicate with family members in their homeland

America is not the first country to impose such a ban on the technology. India – the largest market of TikTok – also banned its use after political and military skirmishes with China. India had previously banned the app for child safety issues but later lifted it.

Additionally, WeChat and several other China-based apps are also banned in India because they are “engaged in activities, prejudicial to sovereignty and integrity of India.”

To begin, a TikTok ban seems likely in the U.S. and the country may soon join India in eliminating the app from its jurisdiction. What are the implications of the ban to over 80 million U.S. users?

TikTok creators, fearing a ban of the app, have referred their audiences to other social media outlets. But can users and content creators evade a crackdown on their favourite app?

VPNs to the Rescue

Well, with a Virtual Private Network, it is possible. Consumers and content creators can connect to a country with access to TikTok and use it unhindered.

VPNs are the most common tools used for geo-spoofing. They re-route your internet traffic via a secure server based in a different location, either within your own country or abroad.

For example, Indian users of TikTok may opt to use an I.P. address outside the country, making your gadget seem like it is in another country.

Not a Silver Bullet

However, a VPN may not be the “silver bullet” because its efficacy depends on how the government implements the ban.

For example, if the government declares the app illegal in a country, then app stores such as Google and Apple s may be forced to remove it, limiting any downloads. So, in the case of the U.S., if the app is delisted, then Apple and Google will remove it from their catalogue, making its use difficult.

That said, despite the delisting of TikTok in India, it is still possible to watch your favourite video without using the app. As long as you can access the website from your phone or computer, then a VPN will be useful in circumventing a ban.

So, if there is a TikTok ban in the United States similar to that of India, then users will have to get the best VPN to enable them to watch their favourite videos.

With a VPN such as Switcherry, users can mask the IP address of their gadgets and encrypt data, denying authorities the opportunity to arrest or fine you. Moreover, it does not keep any record of visited websites or files that you download, giving you the maximum security and privacy.

During registration, you don’t have to provide personal details as the service only require a user name and password. On your own volition, you can provide your email address for recovery of your account in case you forget the password.

Alongside security, the VPN has several servers that are continuously updated with new countries, enabling users to access any apps from any region.

Also, when choosing a VPN, it is important to get speed and good connection. Most of the existing private networks are a great disappointment when it comes to the quality of the connection.

Make no mistake, always go for something that will provide a fast and reliable connection. Switcherry has proved capable because it gives you just that.

The importance of having unlimited daily or monthly traffic cannot be gainsaid, especially if you want to download movies without limitations. While most VPNs promise to provide unlimited monthly traffic, most of them give restrictions.

Getting a VPN such as Switcherry is a plus because it doesn’t give restrictions, What’s more, with one account you can use the VPN on five devices. This VPN App is available for iOS and Android users both with 3-days free trial.

Conclusively, VPN’s can significantly circumvent the crackdown on apps enabling users to access the content they would otherwise not get.

As governments across the world heighten their privacy and security concerns, mulling on banning several apps, VPNs, will be the much sought after services. However, in a market with several VPN’s – approaching saturation – choosing the best is an important consideration.