Home » Entertainment » Is Lil Dicky In A Relationship? Find Out This And More

Knowing about your favorite celebrities and their dating lives is a passion for many. Of all the things that one can relate to within the lives of their ideals and stars, relationships and love lives top the list. No matter how different our lives may be or may seem, emotions and bonds are things that remain the same no matter the person in question. 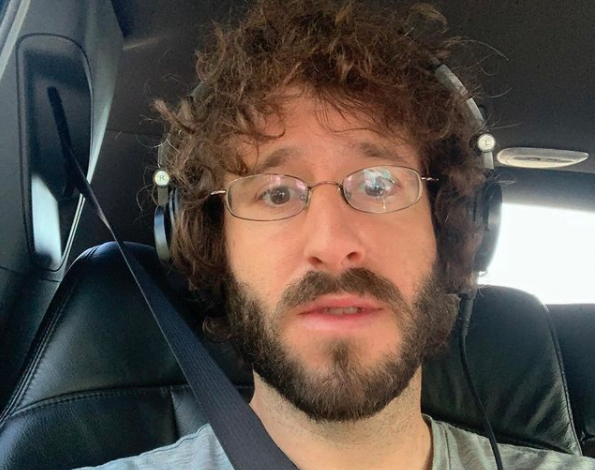 That being said, for fans of the famous rapper and comedian Lil Dicky, questions like whom he’s dating or maybe a google search of “Lil Dicky girlfriend” might not be unsurprising. To answer all these questions and more, let us dig a Lil deeper into the artist’s life.

Lil Dicky, or David Andrew Burd, was born in 1988. He first gained recognition after his “Ex-Boyfriend” music video back in 2013, which instantly went viral with more than a million views gained on YouTube in the first 24 hours. Later in 2018, his song with Chris Brown named “Freaky Friday” also became a worldwide hit, and that’s not all.

In 2019, Lil Dicky created the globally famous music video “Earth,” which features some of the century’s most known personalities, including singers like Ed Sheeran and Katy Perry and even actors like Leonardo DiCaprio and Kevin Hart.

That being discussed, Lil Dicky is no less than a widely known celebrity and to have questions regarding his personal life is unsurprising, to say the least.

Lil Dicky’s music, fused with his great sense of humor and comedy, excites and attracts many. But with fame also comes a price. This price being questions constantly rose regarding the artist’s personal life so let us talk about it.

Like almost every other musical artist, Lil Dicky incorporates parts of his personal life into his art which is music. So in many of his songs,  whether through lyrics or the music video itself, we can get a fair idea of what the artist is going through in his life with various kinds of relationships. Most of them are closely related to his dating life.

It’s been almost 9 years since the release of “Ex-Boyfriend” and so since the artist came under the spotlight. Yet, there is little we know of his dating life. In contrast to the well-known and well-established rappers of the world, Lil Dicky is relatively new to the spotlight of fame, and so the details of his personal life are blurred.

That being said, there is one relationship that is confirmed by Lil Dicky himself and can be seen through his music. His debut album was released in 2016, which included a song that described a relationship that heartbreakingly came to an end. The music video for his song “Molly” was dropped in June 2016.

In “Molly,” Lil Dicky talks about how his career and his life were affected by his relationship with his ex-girlfriend and after they broke up. The song uses the drug Molly to compare and talk about the effect of this relationship. Later in a question-and-answer session on Reddit, David also helped clear up fans’ questions and confirmed what the song meant.

Besides his personal dating life, Lil Dicky has also had an on-screen dating life in the series “Dave” that he co-created. But this show had no relation or influence on his actual love life and remained on-screen where it was meant to be.

So to answer the question “Is Lil Dicky in a relationship right now?” the answer would be no. While rumors come and go regarding the celebrity, the only serious relationship in the artist’s life seems to have been Molly and no one else for now.

I am the founder of digitalpugs.com I am passionate about Digital Marketing and link building services. I have experience in providing SEO, Outreach link building, Websites Development Services. I believe in providing quality work with full satisfaction to the clients.