There’s an ongoing war in the world that everyone gets sucked into at one point or another, and that is the Android vs Apple war.

People from all different backgrounds duke it out to see which phone company is the better quality. 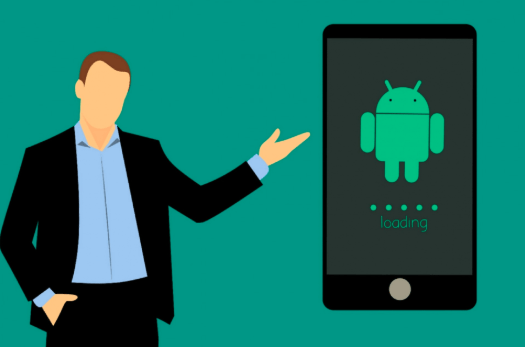 Which one stands tall above the others and collapses in on the enemies in its path? The answer is Android. Some of you out there have joined the movement. Others are curious but hesitant.

If you’re considering making the switch from Apple to Android phones here are several reasons you should invest in Android technology over any other in the marketplace.

1] More to Choose From

Did you know that there are far more versions of Android smartphones for you to choose from than Apple?

It’s no secret that Apple makes very few versions of each new version of the iPhone, but not many people realize that Android offers more.

This gives you flexibility, but also the phone is adjusting to your situation and circumstances, not the other way around.

You have several reasons for why you’re walking into the phone store to purchase a new version, some that are more pressing than others. The different versions of Android Phones, such as the Samsung Galaxy S20 Ultra can cater to your needs.

It’s the jack of all trades, as are most Android phone models. There are several options for every price point.

Android phones are exceptionally good at helping you multitask in your life. You won’t have to kill a bunch of apps just to properly use the features of a specific one.

You can listen to music as you scroll through social media, check your calendar, respond to emails, etc.

This allows you to enjoy the phone for what it is: a multi-functional device. What good is a smartphone that contains your whole life on it if you can’t access that information when and where you need it?

You can jump from app to app easily with little to no setback. Once you’ve completed a task on one, you can skip ahead to another. It also helps you organize the way you live your life.

Every feature on an Android has its place. All your files are well-kept and easy to find whenever you need them.

If you’re having trouble trying to transfer files from Android to Mac, be sure to check out this article for step by step advice. It will save your life!

It should come as no surprise that Google Play is the largest app store of any other in the world (looking at you, Apple!).

Not only that, but the apps available to you are great for organizing your life and making tasks easier than ever.

Whatever you need, there are several options to choose from. Each has detailed information on the application’s purpose, how it differs from others in its class, and how customers have thrived with it.

While the name is a bit misleading since it doesn’t have as many gaming apps as the Apple store does, there are still millions to choose from.

Nearly everything in your Android phone can be customized to your liking. You can have an entirely different setup that the friend or family member who bought the same model in mere minutes.

You can change up different standard apps such as the email app, change different aesthetics in your home screen and applications, etc.

This should be incredible news to all the current Apple smartphone users that are reading this. If you’re used to certain ways of having your phone setup or layout, you can integrate custom features to fit your preferred style.

It can have as little or as much customization as you’d like. Some of you love to customize whenever possible, others don’t like to mess with the way things are. the Android device won’t force it on you, so take it in strides if that works best.

Say no more, right? At the end of the day, it’s always nice to know you saved yourself significant money on the smartphone you’re using.

The big reason there’s a constant debate between Apple and Android devices is because of how similar they are to one another. Because they’re so similar, why wouldn’t you choose the option that will give you more bang for your buck?

As previously mentioned, there are several more models and brand options for you to choose from with Android. So you can find a model with the speed, storage, camera, and whatever else you need for a price that makes sense to you.

Android devices pride themselves on high quality, so no matter what model you go with, they will be equal to the task.

In other words, there’s an option for every budget. That budget-friendliness shouldn’t go unnoticed.

Step Into the World of Android Technology!

Now that you’ve seen all the wonderful benefits that come with Android technology, it’s time to wake up and step over to the other side.

Worst case scenario, you don’t end up liking it as much and can switch back over to an Apple phone at any time. Odds are, though… you’re never going to want to go back!

Be sure to browse our site for other articles on technology, as well as other helpful topics along those lines.