If you’re a fan of comedy serials, you’ll be rather happy to hear that SAB TV is again back with its new comedy show Madam Sir or Maddam Sir, that it produced by Kinnari Mehta and Jay Mehta under the Jay Productions banner. 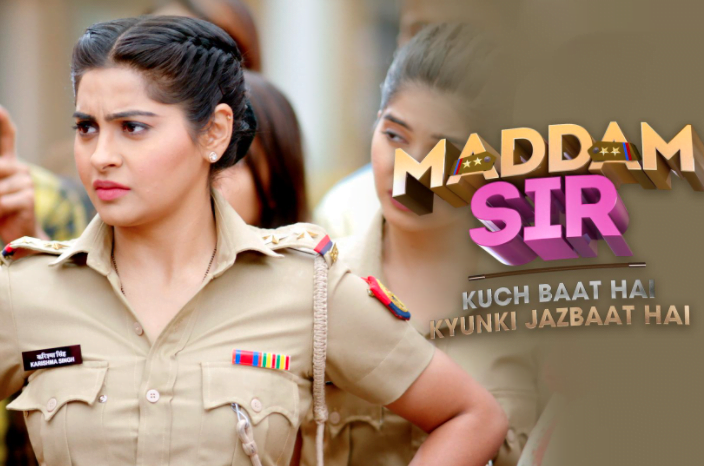 The story of this comedy serial revolves around all the new criminal cases that arrive at Janpad, Lucknow Police Station and how bravely, wittily and smartly the female cops handle the case.

In fact, emotion also plays a vital role in the way the female cops handle these cases and this is why the tagline of this show is Kuch Baat Hai Kyunki Jazbaat Hai.

On the other hand, the role of the head constable, Pushpa Singh is played by the actress Sonali Naik. Sonali Naik was seen last in Gathbandhan serial and the role of Santosh Sharma or the lady constable is played by Bhavika Sharma. She was also seen in Star Bharat’s Jiji Maa serial.

About the Comedy Series – Maddam Sir

Maddam Sir – Kuch Baat Hai Kyunki Jazbaat Hai is set in the ancient city of Lucknow and this show is based on an all-women police station that comprise of four quirky but beautiful women.

Among them, the oldest is Pushpa who is also the head constable of the police station who tries hard to bring back the lost balance between her work and domestic life. She is a woman who beats before she utters a word but now she has been given the chance to solve all cases via reconciliation.

One of the latest new recruits is Santosh Sharma and also a typically lonely girl living alone in the city. However, the head of the entire pack is S.H.O Haseena Mallik, who is not only witty but is also emotional and witty at the same time.

The challenge that is give to all these four women is to bring in sensitivity to their policing when they deal with the cases that are given to their police station.

Since these four women deal each case from an emotional and sensitive perspective, there is always an unusual solution for each case.

The cases and the characters double the humor and fun of the show. While Karishma and Pushpa are the quintessential saas-bahu duo that constantly entertains the audience with the help of their squabbles, it is the ideological differences of Karishma and Haseena that add the much-required drama to the comedy.

The first look of the trailer was shown in SAB TV and Sony Liv and with the help of this trailer, this show keeps the audience engrossed with an interesting mixture of talented actors along with a strongly gripping storyline that keeps viewers on an interesting journey.

This show was launched at the beginning of 2020 and the cast includes Gulki Joshi (as Hassena Malli), Yukti Kapoor (as Karishma Singh), Sonali Naik (as Pushpa Singh), and Bhavika Sharma (as Santosh Sharma) had been missing each other during the break perio during the lockdown period.

This is really a great show that deals with social issues. If you watch the show and expect to find comedy, you’ll be disappointed. As this is not a typical comedy show that you find in the other ones of the same channel. Rather, if you watch it as a drama show, you’ll love what the actors are doing.

Therefore, if you’re eager to suggest someone to start watching Maddam Sir in SAB TV, you may go ahead for the above mentioned reasons.