Homepage » Technology » Should You Consider a Variable Temp Mod?

The technology behind vaping is always being developed further and improved to make the e-cigarette experience even better. One of this year’s biggest trends in vaping is the addition of a variable temp mod. Not sure if you should be investing in one?

Why You Should Consider a Variable Temperature Mod 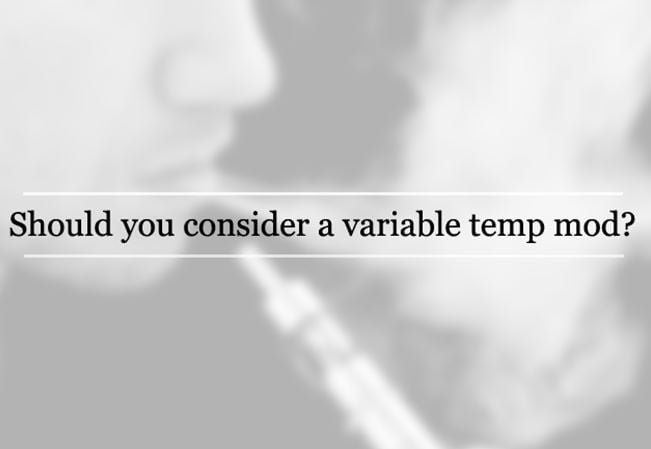 We’ll provide you with all the facts you need to know about this latest piece of tech to hit the vaping market so you can decide if it’s a worthy piece of kit to spend your cash on.

What is a variable temp mod?

Building on technology that lets you change voltage and wattage to create your optimal vaping experience, a variable temp mod does exactly as the name suggests – it allows you to control the temperature that you want your atomizer to run at.

It’s become the latest trend for those that love box mods, giving vapers everywhere more freedom and flexibility to make it suit them. The first variable temp mod was released just a few years ago but there’s already competition within the market, letting you choose from a range of mods.

The variable temp mod acts as an alternative to selecting your voltage or power output. Instead, you set the temperature that you want your atomizer to run at. The mod will calculate how much power is required to bring your coil to the selected temperature and then keep it there.

How hot your coil gets has a huge impact on your vapour. We all know the burnt taste you get when it overheats, while too little heat and your e-juice won’t evaporate at all. It’s a delicate balance and preferred temperature will vary from vaper to vaper. The uptake of the variable temp mod shows just how much temperature can affect vaping and the demand for creating that individual experience.

But as with any piece of technology there are pros and cons. Whether it’s time for you to invest in a variable temp mod or not will depend on the kind of vaper you are.

The pros of a variable temp mod

Variable temp mods bring lots of benefits for vapers, leading to the rise in popularity. Here are just three of the reasons why more people are choosing to control their temperature: 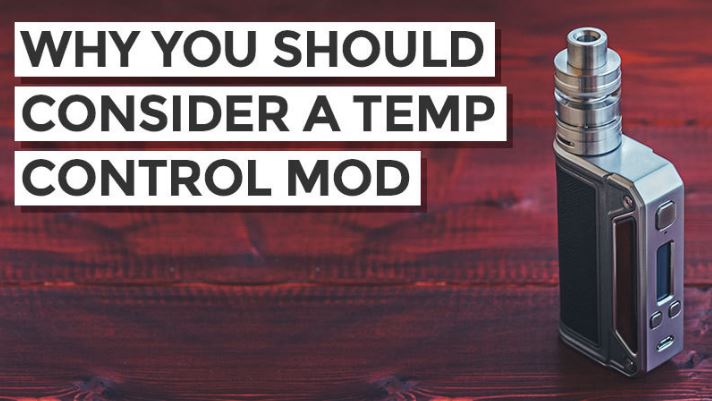 The drawbacks of a variable temp mod

Of course, it isn’t always simple and there are drawbacks to using a variable temp mod too, including:

So, is a variable temp mod right for you? If you want more control over your vapour and have so far been left disappointed with flavours, it might just be the addition you need but you’ll likely need to experiment to make it perfectly suit you. 🙂