For a generation with prime access to entertainment, connectivity and information, we sure have an appetite of making things simpler still. It seems with every passing year, we get to know of more and more hacks that can help you get through your day more efficiently. And 2018 is no different. 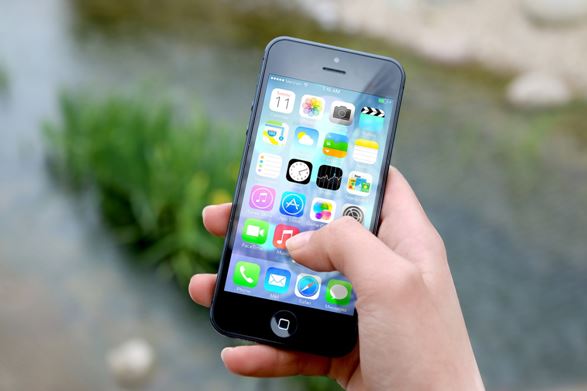 1) Use sunglasses as a quick and easy stand

When you’re trying to watch a movie on your smartphone, it’s not the most comfortable thing to be holding your phone in your hand all the time. But a simple stand isn’t all that easy to find either. For these situations, you need not reach out for anything other than your pair of sunglasses.

Your reading glasses can do as well. Just place them on the table so their flatter aspect faces downwards. Prop your smartphone against the lenses, and the rims help to hold the phone in place. 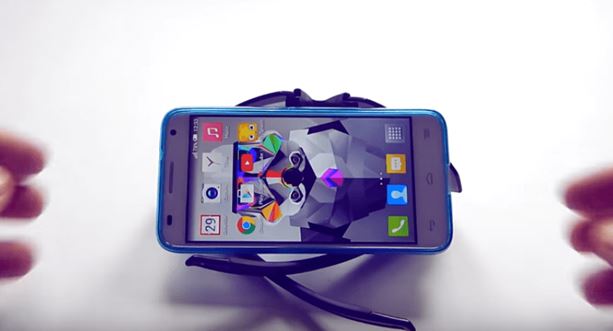 Tip: Press the rims in against the frame or pull them out gently, and it should be easy to adjust the angle of the screen.

2) Glow in the dark paint to spot your cables

Do you get frustrated groping for your earphones after having switched off the lights? Well, the simplest cure for this is to get a glow in the dark paint or marker, and give the cable a coat. With a marker, you can make patterns too to help you instantly distinguish between different cables at mere sight.

Tip: Maybe dab a few drops of the paint on your smartphone’s cover (if not the device itself) around the ports (or around their boundary) to make it easier to plug the cable in.

Every smartphone screen ends up with fingerprint marks after being used a few times. The oil from our pores, as well as the dirt and grime you get on your fingers along the day accumulates on the screen and it can look really crappy after a while. 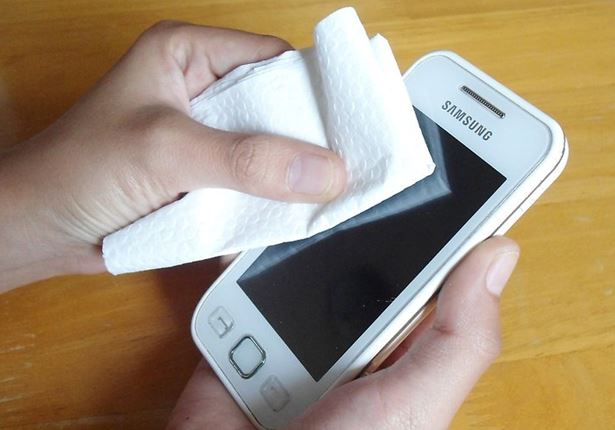 The screen cleaners in the market are basically just organic solvents, and looking how rubbing alcohol is a solvent too, you can use it. Just dab a bit of rubbing alcohol on your screen, and take a swab of cotton or a piece of soft fabric and wipe the screen. It’s a great way to kill the bacteria on your screen too.

Fun fact: A report says your average screen is dirtier than a toilet seat’s surface.

4) Use an eraser to clean camera lens

If you end up with a lot of dirt around the lens, or if you put a finger on the lens, it might not seem like a big deal. But it decreases your picture quality by a salient amount. Removing this by rubbing your finger over the lens might seem convenient, but it may aggravate the problem. So, instead, use a simple non-dust eraser. Be gentle; you don’t want to rub the dirt further into the glass. The sticky rubber will pick up the particles and restore your lens to its former glory.

The usual camera apparatus on the phone has a nifty zoom function, but it gets shaky and pixelated as the object gets closer. You needn’t bear that though. Pick a small drop of water on your finger and place it in the middle of your camera lens. Don’t put too fat a drop or it’ll run off.

A medium size drop should work. Once you have that done, open your camera and experience the ease of reading short print. You can take some amazing photos this way too, taking a completely fresh view of objects. The polarising of the light also makes the light play an entirely new game.

Do you have an empty soda bottle lying around? You probably do. Grab it and cut it flatly a centimeter or two from the top, as per your convenience. Rub it on some sand paper and smoothen it. Next, grab a hot glue gun and put some glue at one end of the cut (not the entire rim).

Put this entire contraption on the flash of your phone, so that the bulb lies in the centre (eyeballing it is fine). Try the torch feature. You’ll be surprised by how concentrated the light becomes. It’s as good as an old fashioned flashlight.

Tip: Do this on a cover if you don’t want to glue plastic to your smartphone. Also, fastening different colored caps can give you a lot of fancy lighting.

Ok don’t do this on the move, because needles aren’t all that comfortable to step on or bump into. But did you know you can raise your iPhone’s volume significantly by just placing a needle inside the speaker hole. Don’t put the pointed end inside (you can use a dull needle or a capped one). 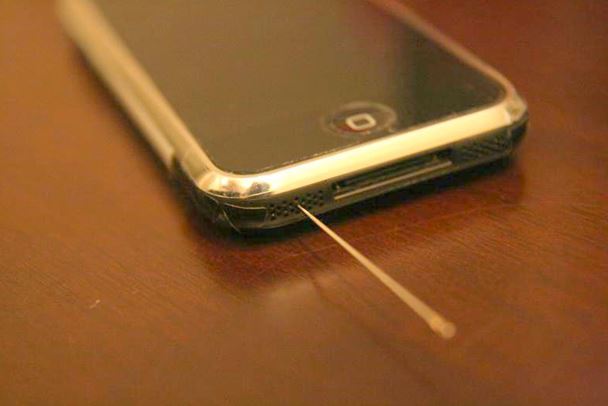 How this is thought to work is the sound gets reflected several times in the passage that remains after the needle has entered.

Caution: Be careful not to drop needles around. Only do this when your phone’s on a table or somewhere it won’t be touched by someone unawares.

WiFi Sharing apps are ones that send files over a shared WiFi network from one device to other(s). An app like SHAREit can help you send files over in a jiffy. The entire method is several times quicker than Bluetooth or cable based transfer. The app makes a mock network using your hotspot too, but it doesn’t cost you any internet so you can switch it off.

Tip: switching off internet is recommended. Even if you have an unlimited internet plan, WiFi file transfer is reported to be much faster with pocket data switched off.

You don’t need an expensive phone holder for when you want to access GPS navigation. You can just place your phone on your dashboard. And if you’re worried about it falling down with a jerk, don’t let that bother you. Simply get a bathroom rubber mat from the local mart, cut it to a proper shape if necessary, and just plop it on your dashboard.

You’ll be surprised by the angles you can put your phone at over the mat and not have it budge. Others use rubber bands as well, but it appears very unsightly, plus the rubber bands interfere in the vision on the screen. With rubber mats, you can get different colors if you like, and the mat is much more durable than rubber bands.

This is a hack especially for when it’s raining and you need to go outside. You don’t want any water to get in your smartphone, but also want to be able to dial your friends in case of an emergency. A clean film or a plastic bag might not do it for you. So instead, just blow a balloon. Don’t tie it at the end. Place your phone on the balloon, screen facing up, and press the device in (don’t blow up the balloon, of course). 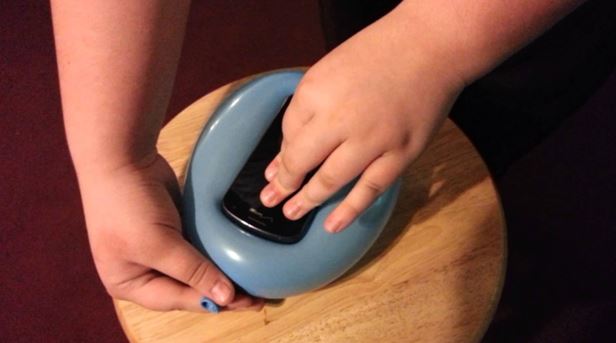 Once you have a good pressure, slowly release your fingertips at the end of the balloon and let the air escape. You should get a neat plastic cover over most of your phone’s openings and the screen should still be accessible. It might not look very attractive, but it is a great way of avoiding water from entering your device.

Caution: This can cause heat to build up inside your phone, since plastic isn’t exactly airy. So prefer not to play games or surf facebook for long with this cover on.

There are great hacks to be found everywhere. Given how handy smartphones are in size, they can be paired with anything from old toilet rolls and whiskey flasks to a simple hot glue gun and tennis balls.

You can make your own fancy covers with a little DIY spirit, or install quirky apps to make things faster for yourself. Some even try rooting. Whatever attracts you is not hard to try out. What innovation are you going to employ on your smartphone? :)

Swati is an engineering graduate who took to blogging to fill up some free hours and now does it full time. She found the perfect amalgamation of technology and creative writing on her blog shareitforwindows.com. In her free time, she loves to cook exotic cuisine.