More than just a hobby, video games have become a multi-billion dollar industry. They even have their own specialized conventions, where the most important developers meet to share news with their fans.

It was precisely at E3 2019 that most of the releases for the rest of the year and 2020 were announced. 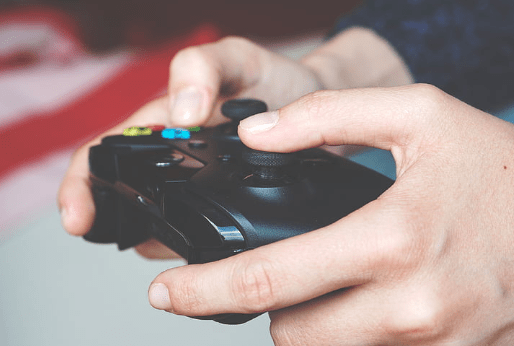 While most of the upcoming games were unveiled at that convention, a few others were presented independently in the months that followed, at exclusive developer events.

That’s why we present below the 7 most anticipated video games for 2020.

One of the big surprises of E3 2019 was the announcement, by Keanu Reeves himself, of his participation in this long-awaited video game.

It will take place in an open, first-person world, with a fluid system of close combat and weapons.

It is set in the not too distant future, where cybernetic implants are very common, as well as all the problems they bring with them.

While we won’t be able to play Keanu (at least not in the main story), he will be available as one of the most important characters. Find out the latest news here Cdkeysforgames.com.

One of the most eagerly awaited games is definitely the sequel to Beyond Good and Evil, which since its release in 2003 has become a favorite among gamers.

The new release will be a sequel, where we will know the beginnings of the story before Jade. This game was one of the pillars responsible for the success of Ubisoft as a development studio.

Thanks to the great success of the Resident Evil 2 remake, Capcom also decided to give a remastered version of the classic Resident Evil Nemesis.

A direct continuation of the second part, this survival horror has been renewed in the gameplay and in the graphics, to take advantage of all the potential of the current consoles.

One of the best RPGs of the last years will finally have a remake. Final Fantasy 7 will give you the opportunity to control the destiny of Cloud Strife and to live again the great adventure against the Avanlanche corporation.

While hardcore fans of the saga will surely have a problem with the gameplay change to a more fluid one, the new graphics will make up for it.

Halo has been one of the Xbox console’s flagship games since its inception, and the sixth canonical release of this franchise is cause for celebration for all fans of the Master Chief.

This may be one of the first Xbox X series titles and will be the direct sequel to the events in Halo 5: Guardians.

Thanks to the new game’s graphics engine and next-generation console features, we may see the best Halo release yet.

The Dragon Ball franchise brings us a new video game from CyberConnect2 and Bandai Namco.

In this installment, we take a new approach to what we were used to, as it will be an action RPG with a progression system.

Its story will focus on the events of Dragon Ball Z, but we have no doubt that if this game is successful similar titles will be created for Dragon Ball Super.

Since the release of the first part, this game became a true classic of zombie survival horror, due to its great story, its powerful graphics and its attractive gameplay combining stealth and combat.

The story of this sequel happens 5 years after we see Joel and Ellie escape from the Fireflies’ base.

This time, the game seems to focus a bit more on Ellie, as in the short gameplay that was presented at E3 2019 she seems to be the only playable character.

So far we don’t have much information about the plot, how the world is at that time or if the Fireflies have finally been defeated.