Home » Entertainment » What Are Some Important Things To Consider When Designing Sounds?

Sound design can be looked at as a tool for compelling storytelling. Sound designing is not only done to create an atmosphere in onscreen storytelling or motion design. It is also used to amplify other animations and motions on screen.

Unlike motion design, sound design takes a long period to master. There are 5 layers basic to sound designing that can be utilized in a variety of combinations for creation of desired effects. Gaining some basic knowledge of sound designing allows creatives to amplify the experience of short motion pieces. 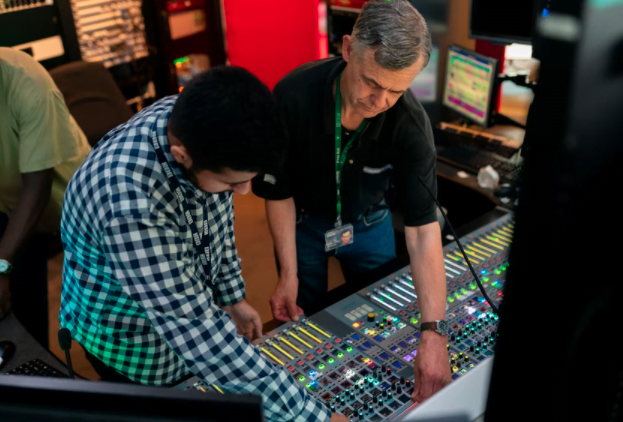 It also allows them to have an intimate conversation while collaborating with sound designers as it offers insight into how difficult it can be to create the right sound. The best way to learn these skills is by signing up for a sound design course.

While sound designing there should be few elements that are taken care of. These are

The ambiance is background noise. The purpose of ambiance is to inform the viewers where the scene or action is taking place. It needs to be descriptive without being distracting or overwhelming for the storyline.

For instance, if there is a forest scene, the background sounds people are likely to hear are rustling of leaves, blowing winds, birds chirping etc. Ambiance serves as a tool that allows viewers to get immersed in the scene or the story as it continues to unfold.

Foley sounds are sounds that make a scene more real to the audience. For instance, when a character is walking on screen, it is not without any sound. We hear the rustle of their clothes or the sound of their footsteps. These sounds make the scene more believable and hence more engaging to the audience.

Foley sounds are also sounds that can be recorded using a microphone and then applied on a particular scene which demands it. Folly sounds are also used in feature films besides motion design and animation.

Audio effects or SFX are sounds that are not naturally present in our surroundings or the real world, and therefore it is not possible to record it using a microphone. For instance, a battle scene will need sound effects because the action is imagined and so is the scene.

A voice over is the voice of the narrator who is guiding viewers through the happenings of a scene. In movies, we do not usually see the narrator.

For example, in the movie 500 days of Summer, the narrator plays a crucial role by highlighting some elements throughout the film, but the audience does not see them. Similarly in explainer videos or motion design, voice overs are performed to guide a scene.

Want to learn all the skills to start a career as a sound designer? Join a program today without delay and get started on this exciting journey.