Australia houses numerous species of flora and fauna. Its wildlife creatures are famous for their unique look across the globe. One of the biggest examples of this is the Kangaroo. There is no animal as unique as this one.

Likewise, many more one of a kind animal species reside in the Australian forests. Here is a look at the best, unique Wild animals of Australia. 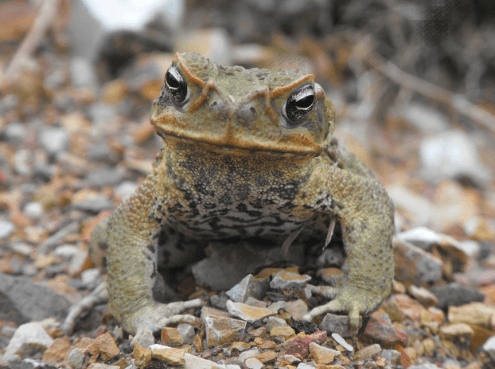 Cane Toads are large frogs seen exclusively in Australia. Just like other members of the frog family, Cane Toads are also amphibians. They have a heavy built and are highly toxic. Cane Toads have a dry warty skin that protects them in water as well as on land. 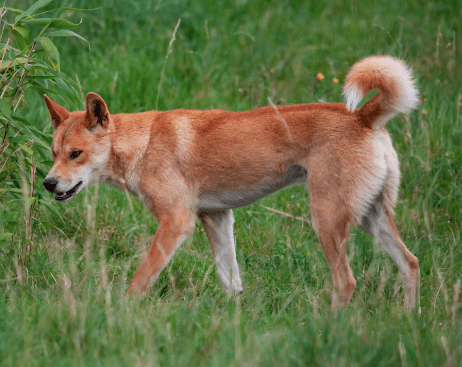 Dingo belongs to the dog family. This carnivorous animal lives in Australian grasslands and deserts. It has a medium-sized built, broad head, long and straight ears and a bushy tail. Its coat is mostly red to yellow. Sadly, the animal is on the verge of extinction.

Echidna is a medium sized animal. It has coarse hair and spines all over its body. The unique looking animal is one of the rarest species seen in Australia. Echidna belongs to the Tachyglossidae family. 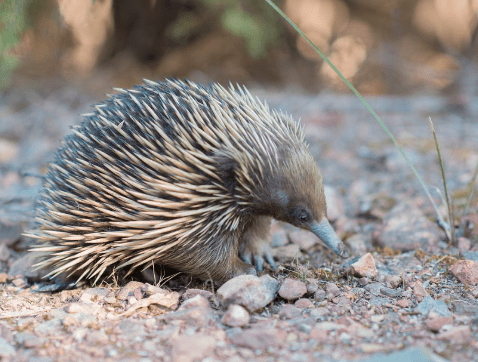 It is the descendant of a platypus like animal. It is an egg laying mammal also known by the name, Spiny Anteaters. The species came into being around 20 to 50 million years ago.

Emu is a huge, flightless bird. It is the second largest bird in the world in terms of size. It can grow as tall as 2 m. The bird is brown in colour and has soft fluffy feathers all over its body. It has a long neck as well as long, thin legs. 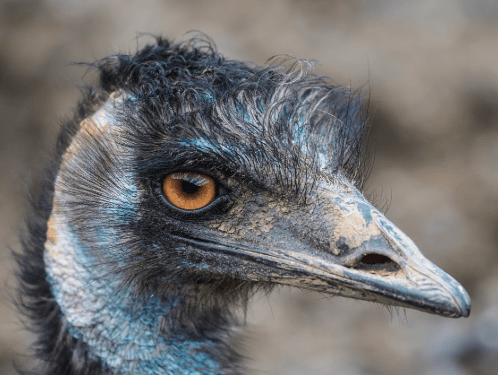 Though its legs appear quite thin, they are very strong. These are among the strongest any animal has. The life expectancy of Emu is around 20 years. 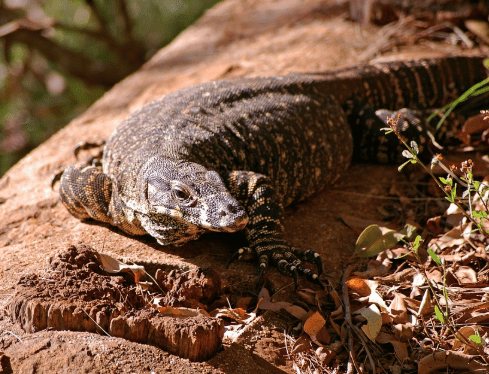 Goannas are monitor lizards mostly seen in Western Australia. They roam around the deserts in this part of the country. Goannas are huge in size and rank fourth among the largest living lizards on earth. They have sharp teeth and equally sharp claws.

Kangaroos are found in large numbers in Australia. The population of kangaroos is around 60 million. They have a small head, powerful hind legs, large feet and a long muscular tail. 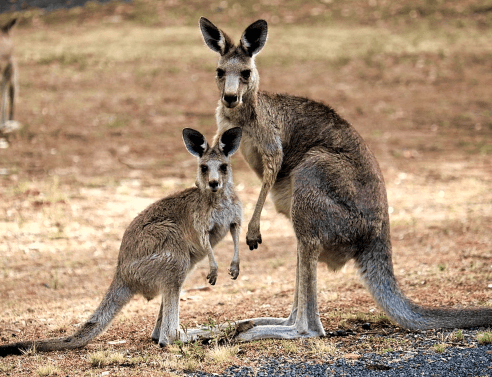 They also have a small pouch in front where they carry their babies. This is one of the features that mainly sets them apart from other animals. They hop around using their large feet.

This cute looking animal comes in shades of chocolate brown as well as silver grey. It has a large head and a stout body. Its small eyes, fluffy ears and spoon shaped nose render a unique and adorable look. Koala roams around the coastal areas of the country. 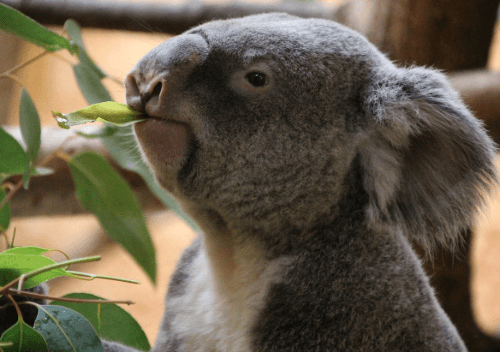 The herbivores mainly live in eastern and southern regions of the mainland including New South Wales, Victoria, Queensland and South Australia. However, these are slowly disappearing from the face of earth. 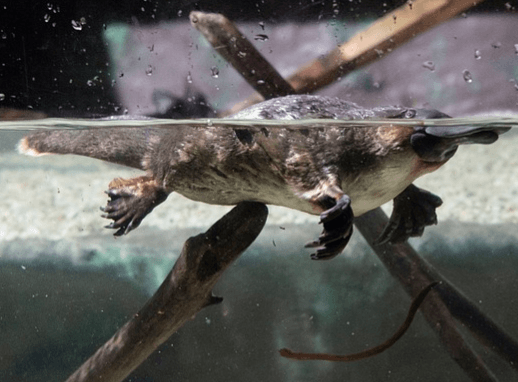 This unique animal inhabits Eastern Australia. It lives in small water bodies in New South Wales, Tasmania, Queensland and Victoria. The semi aquatic egg laying mammal has an unusual look. It has a beaver like tail, webbed feet and has a furry coat. The animal is poisonous. 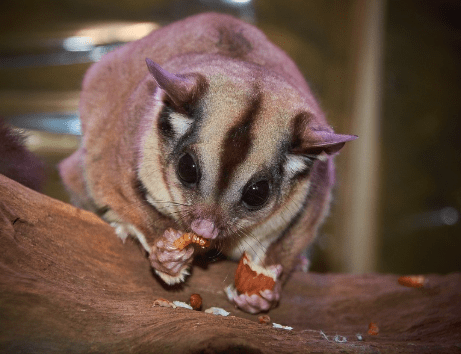 The Sugar Glider is covered with soft fur which is pale grey or brown in colour.  It has a gliding membrane that extends from its forelegs to hind legs. The small omnivorous animal glides through to locate food. It lives in mainland Australia. It is commonly traded wild animal in the country.

The Tasmanian Devil lives in the dense forests of the island state of Tasmania. The carnivorous animal has a unique look. It has a muscular build and a black furry coat. Its smelling power is strong. 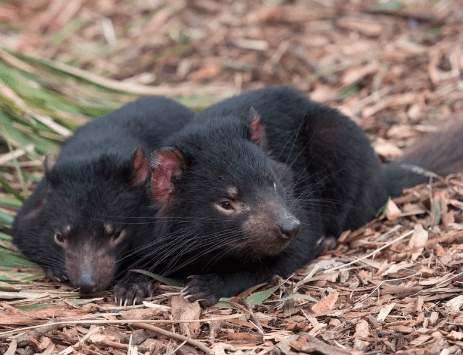 This helps him find the prey with ease. The bite of Tasmanian Devil is very powerful. It is also known for its distinct shrill. Interestingly, Tasmanian Devil can eat up to 40% of its body weight in a day. 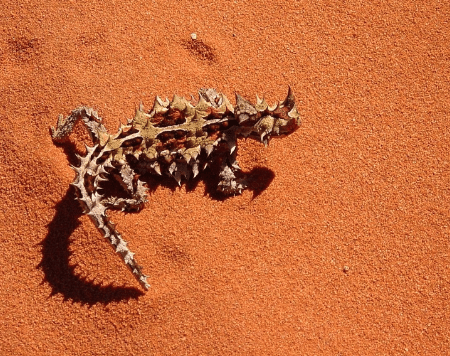 This scary looking creature belongs to the devil lizard family. Its colour changes as per the weather condition. It turns pale during warm weather. During the cold weather, it changes into darker shade. Being thorny, its body is covered completely with conical spines. 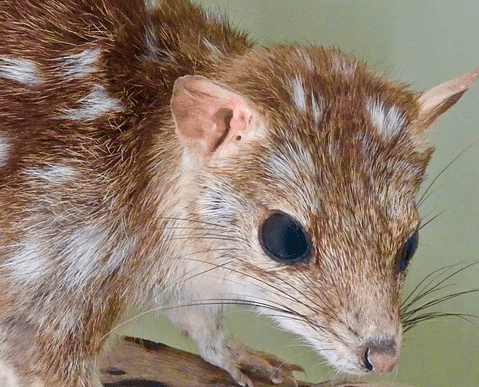 The Macrotis is one of the shortest mammals in the world. The other name for Macrotis is bilbies. It lives in the desert region. Earlier there were two species of Macrotis – Lesser Bilby and Greater Bilby. The lesser bilby became extinct around half a century ago. The greater bilby is also on the verge of extinction. 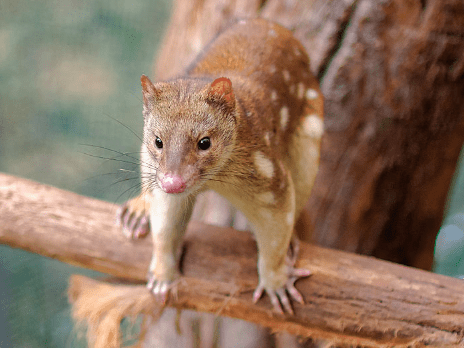 This is a spotted tail animal that resides in mainland Australia and Tasmania. It is the largest carnivorous marsupial species in Australia. Tiger Quoll is reddish brown in colour. It has white spots all over its body. It has a very long tail. The tail is as long as its head and body put together.

Wallaby hails from the Kangaroo family. It is the smallest member of this family. It has a medium built. The length of its head and body is between 45 and 105 cm. The tail of Wallaby is 33 to 75 cm long. 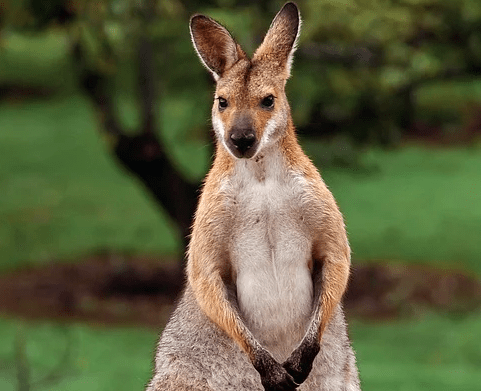 Colour pattern on its body is very different from that of the Kangaroo. The animal faces threat from the hunters. This is because, its soft fur is in high demand. Thus, it is frequently hunted for fur as well as meat. 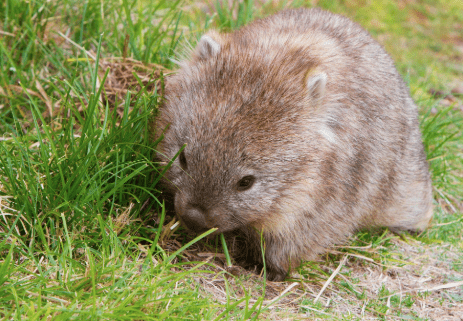 Wombats live in the forests, mountain region and heath land areas in South Eastern Australia. They are around 1 meter in length and have a muscular built. They have short legs and stubby tails. Their weight varies between 20 and 35 kg.

These unique creatures enrich the wildlife of Australia and add to the biodiversity of our planet. However, unfortunately, some of these wild creatures are on the verge of going extinct.